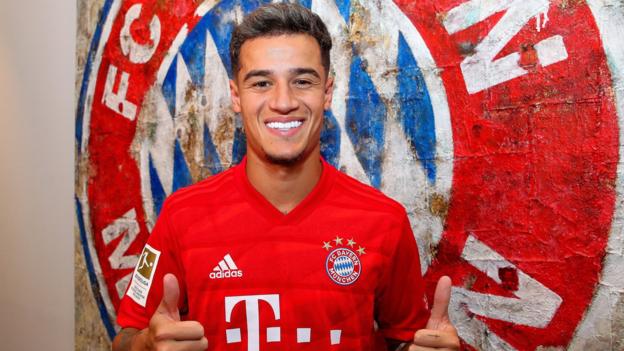 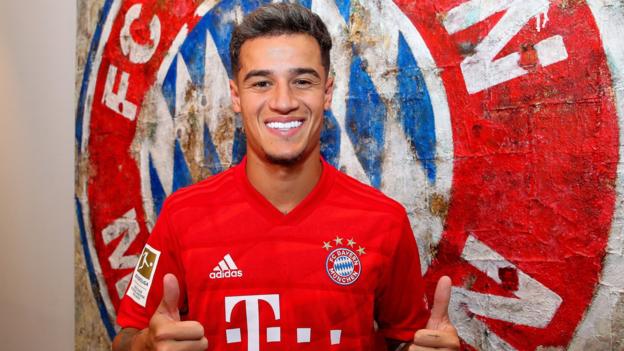 Bayern Munich have signed attacking midfielder Philippe Coutinho from Barcelona on a season-long loan deal which includes an option to buy.

Bayern will also pay Coutinho’s wages for the duration of the loan spell.

“In Barcelona a lot of things did not turn out as we had imagined,” he said at his official presentation in Munich.

“But this is now history. I hope to stay here a long time and win many titles.”

He added: “The jersey of FC Bayern and the number 10 is a big responsibility.

“It belonged to Robben, he was a great reference in football. I hope to be able to live up to expectations with good football on the pitch.”

Bayern chief executive Karl-Heinz Rummenigge added: “We have been working with Philippe Coutinho for some time and are very happy that we were able to realise this transfer now.

“Our thanks to FC Barcelona for agreeing to this transfer. In Philippe, a player comes to FC Bayern who will strengthen our offense with his creativity and excellent technique.”

Coutinho, who was in the crowd for Barcelona’s La Liga defeat against Athletic Bilbao on Friday, joined from Liverpool in a £142m deal in January 2018.

Despite scoring 21 goals in 76 appearances for the Spanish giants, he has fallen short of expectations and had been linked with several clubs this summer.

It is believed he was included as part of a bid by Barcelona to re-sign Neymar from Paris St-Germain, the Spanish club reportedly willing to offer 100m euros (£92.4m) plus Coutinho for the forward.

Tottenham ended their interest in a loan deal for Coutinho earlier this month, while he was also linked with moves to Arsenal and back to Liverpool.