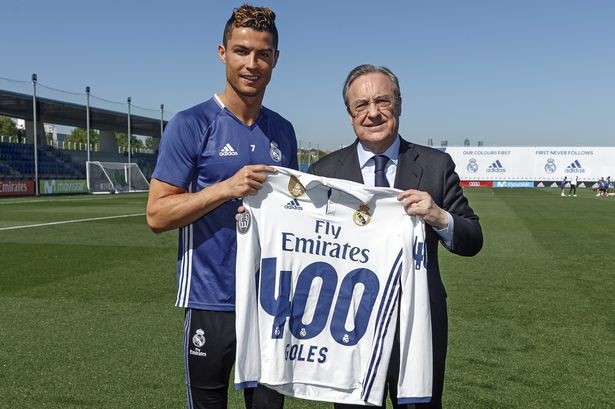 Perez confirms there are no offers for Ronaldo, Alvaro Morata or James Rodriguez 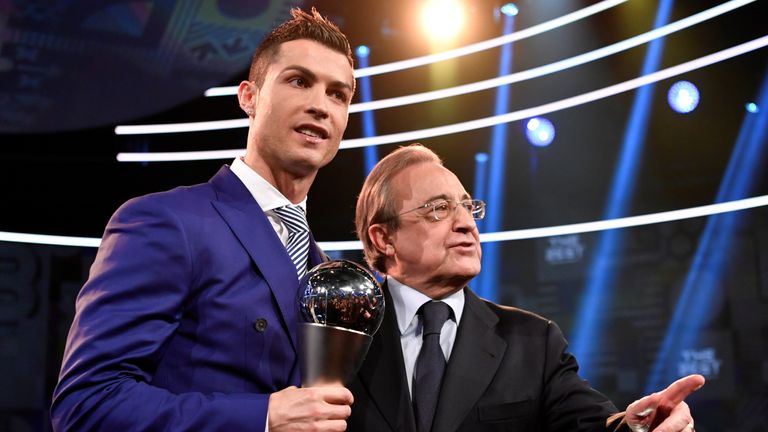 Real Madrid president Florentino Perez is planning talks with Cristiano Ronaldo to find a “solution” to the player’s future.

Ronaldo wants to leave Spain and is interested in the possibility of a return to Manchester United, according to Sky sources, having been angry about the way he has been treated by Spanish tax authorities.

United have reservations about Ronaldo – who is contracted to Real until 2021 – returning to Old Trafford, Sky Sports News HQ understands, despite being cited as the only obvious club able to afford him. 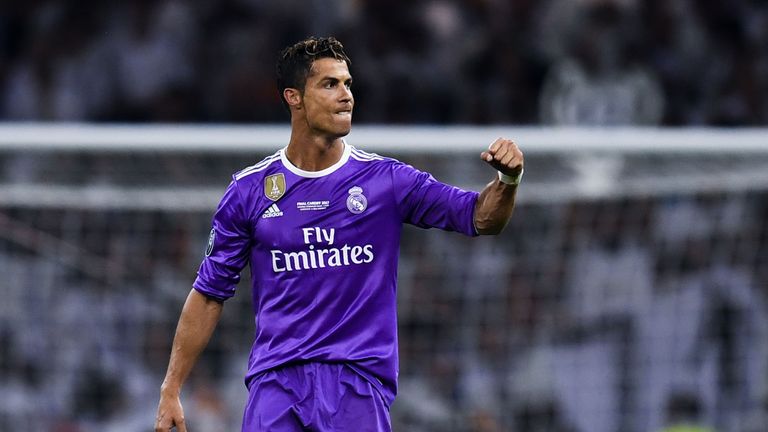 “Neither I nor anyone is contemplating that Cristiano will leave.”

Perez confirmed there have been no offers for Ronaldo or any other Real Madrid player – including Alvaro Morata and James Rodriguez – and revealed he will be looking to solve any issue when he speaks with the player following the Confederations Cup.

“I have not spoken with Cristiano [since the Champions League final],” Perez told Spanish radio station Onda Cero. “I’ve heard everything through the newspapers.

“Life gives you unexpected solutions and you must find solutions.

“Not I nor anyone at Madrid is contemplating that Cristiano could leave the club. Ronaldo is a lot more powerful and more important than all of us who are here.”

“I am sure that Cristiano compiled with all tax rules,” Perez added. “There must be some confusion which will be cleared up.

“All I know is that Cristiano is angry at the way he has been treated by the media.”

Ronaldo remains focused solely on Portugal’s run in the Confederations Cup in Russia, according to Sky sources, who say he is “fine, professional and 100 per cent committed to the national team.”

Perez confirmed Real Madrid have not made an offer for Kylian Mbappe, after the Monaco striker said the Spanish club had been trying to recruit him since he was 14.