‘People are talking about the same things they talked about back then’: COVID stirs up memories of polio 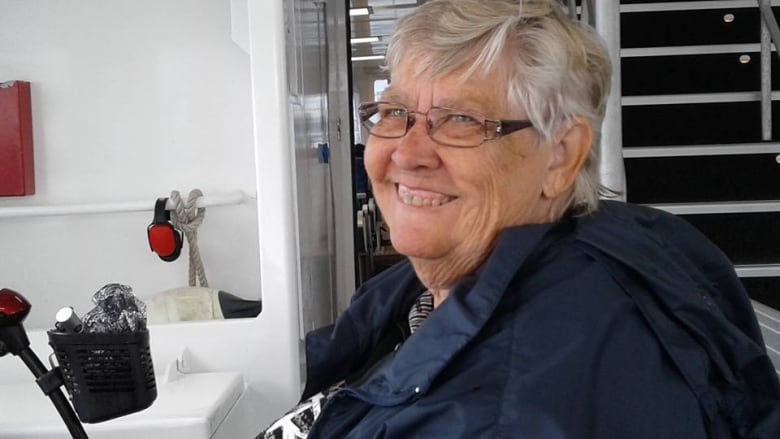 When Elizabeth Lounsbury was eight years old, she snuck out of the house to go swimming with her friends.

She had been taught to fear polio, a virus that paralyzed children every summer and paralyzed her southern Ontario hometown, where beaches and movie theatres were closed every August for “polio season.”

Lounsbury says she decided to just put her feet in the wading pool.

“I was afraid to because I was afraid polio would get me. You kind of pictured it as a monster in your head,” she said.

Lounsbury tripped, fell into the pool and swallowed some water. The 77-year-old believes that’s how she contracted polio, which saw her wear braces most of her life and now has her getting around in a wheelchair.

“I never did tell my mother. She never knew,” she says.

Now living just outside of the small northern Ontario town of Hagar, Lounsbury has barely left her home in the past year of COVID-19.

And to her it feels like a rerun of what happened in the 1950s with the emergence of an infectious disease followed by a mass vaccination campaign.

“People are talking about the same things they talked about back then,” she said. “Is it really safe? What are the side effects? Other people can’t wait to get it because they feel like they’ve been imprisoned in their own homes.”

“And I suppose it will happen again. But I hope not in my lifetime.”

In northern Ontario, the arrival of the polio vaccine in 1956 was trumpeted by newspapers in Sudbury and Sault Ste. Marie.

There were weeks of stories about the schedule for clinics and the vaccination rates, replacing the annual summer articles about the number of polio infections and the deaths in each district, with the names of victims published.

But along with the polio vaccine, came concerns that public health officials would run out of vaccine, and questions about who was eligible to get it, which at the beginning was only children aged six months to six years.

There were also fears about side effects, especially after some bad batches in the United States sickened and even killed people, on top of worries about vaccine hesitancy, as only a fraction of the adult population in the north stepped forward to get the shot for what was widely seen as a children’s illness.

The Sudbury Star photographed a baby named Rita Brun getting a spoonful of the pink liquid vaccine in 1962, which the health unit later moved away from out of fear it might be ineffective.

She is now a pharmacist packaging COVID-19 vaccines for a Toronto hospital, while her daughter treats coronavirus patients in an intensive care ward.

“It was interesting to reflect back on what it must have been like for my parents, as opposed to parents these days,” said Brun.

“Maybe we know too much now.”

In some parts of the north, tuberculosis was seen as a the larger threat and some old-timers remember local police posting signs on homes with people infected with scarlet fever and diphtheria in the early 20th century.

‘We’re so glad we weren’t involved in that’

Heather Mitchell grew up in Sudbury’s west end and remembers not being allowed to go to Bell Park in the summers out of fear of polio infection, but didn’t think much about the virus until she learned about it in theory during nursing school.

Then she and a classmate were cleaning out a storage room at the old general hospital and found a logbook where doctors and nurses discussed which polio patients should get treatment first.

“To see these discussions, whether a housewife was more likely a candidate for it than a school teacher, that kind of rocks you. Having to make that decision. Having to live with that decision,” says Mitchell, who went on to be a public health nurse.

“We both thought, ‘Oh my goodness, we’re so glad we weren’t involved in that.'”

Maurren Moustgaard was 12 when she went to that same Sudbury hospital to get her tonsils out and saw the unforgettable sight of a young polio patient in the iron lung, the early version of the ventilators being used today.

She joined the health unit in 1969 and worked in vaccinations most of her career. Including in 1978, when she was called back from holidays to meet a surge in demand for polio shots, after an outbreak in southern Ontario.

Sudbury newspapers ran photos of long lineups and had stories about a public frustrated with a lack of vaccines. Moustgaard says most were parents who had not been keeping up with their polio shots, just 20 years after it was first discovered.

“Something has to happen to jolt people’s memories,” she said of that time.

After she was infected with polio, Elizabeth Lounsbury was still vaccinated against two other strains of the virus.

But given her complicated health challenges, she isn’t sure she wants to get the COVID-19 vaccine.

“I am afraid of it. And I wonder if the vaccine is safe,” she said.

“And I guess I won’t know until the time comes for me to go in.”