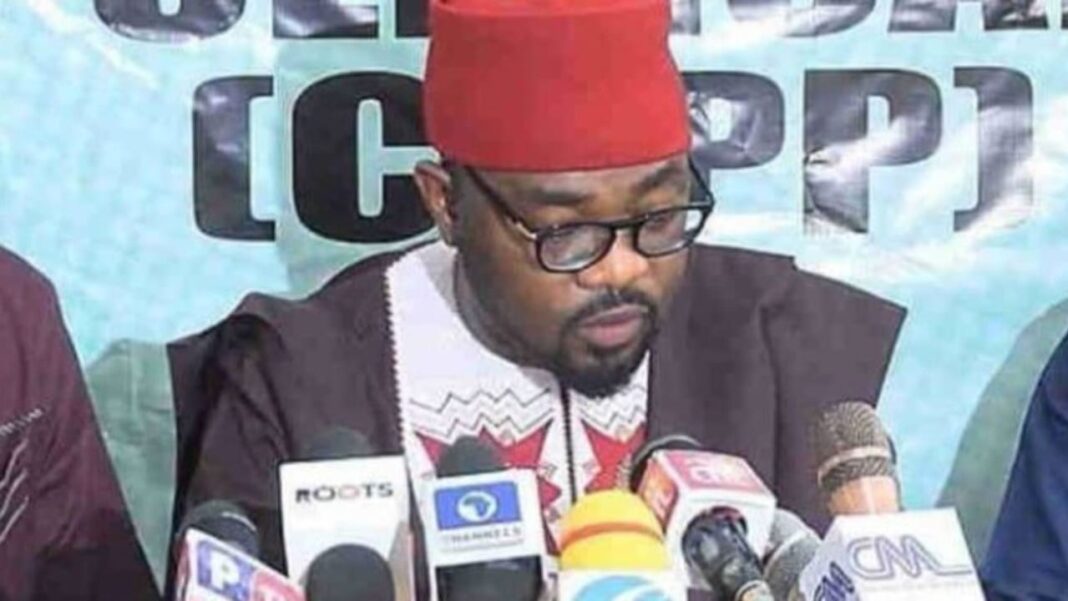 The Peoples Democratic Party (PDP) in Imo State on Friday described the victory of CUPP spokesman, Ikenga Imo Ugochinyere, as a fatal blow to the conspiracy by the APC in Imo State to subdue the wishes of Ideato people and usurp political power through the back door.

This is as the party congratulated Ugochinyere, the party’s candidate for Ideato Federal Constituency for his victory at the Federal High Court in Owerri, on Friday.

Recall that the leadership of the APC in Imo State had earlier filed a suit at the Federal High Court in Owerri, challenging the PDP for conducting all its party primaries at the same venue.

A reaction to the judgement by the PDP Publicity Secretary, Collins Opurozor, was made available to DAILY POST in Owerri, Imo capital.

PDP said,” We rejoice with Ideato people and dedicate this victory to all the sons and daughters of Ideato who are determined to end the unacceptable failure of political leadership in the area. For our Party, the mission to liberate Ideato from poor and ruinous misrepresentation has now become unstoppable.

“The governor and his very few local collaborators within Ideato are obviously in severe agony in view of this defeat. They are aware that the shadowy character who they parade as a candidate in Ideato is not in any way a match to Ikenga Ugochinyere, our well-loved candidate.

“This is the reason they have resorted to many mind-boggling, wicked and anti-people plots day after day: from voter register compromise to the destruction of Ikenga’s billboards, and now to failed lawsuits. They deserve to be pitied!

“To be sure, the sadistic APC does not want to win Ideato in order to do anything different from what they have done in the past. No. They are seeking to continue the mass misery in the land which they created. This is a party that has terminated the NEWMAP erosion control project in Urualla. Today, over five communities in Urualla are about to be swept out by erosion.

“This same APC has kept the entire Ideato in darkness and without electricity for over one decade. They have terminated over thirty RAMP rural roads awarded by our Party in 2019, and they have also failed to account for about N32.7 billion which has accrued to two LGAs of Ideato as statutory allocations from FAAC. It is very heartbreaking that this APC has not dropped one trip of construction sand anywhere in Ideato in the last three years.

“And instead of apologizing to the people and seeking forgiveness and restitution from God, these same people still have the temerity to field a candidate in Ideato. It is now clear that the APC is daring, insulting and mocking Ideato people. The people will surely rise and speak eloquently with their votes at the polls.

“Ideato people should find solace in the fact that our Party has offered them Ikenga Imo Ugochinyere, a man who has earned an unrivalled place in Nigeria for speaking for those who cannot speak for themselves and fighting for those who cannot fight for themselves. Ikenga Ugochinyere has a rich track record of dedication, passion, excellence and political will to lead the people out of the wilderness. He shall make Ideato great again and restore to the people those years that were consumed by the locusts.”