Pat King bail review adjourned again, this time in response to new charges against him 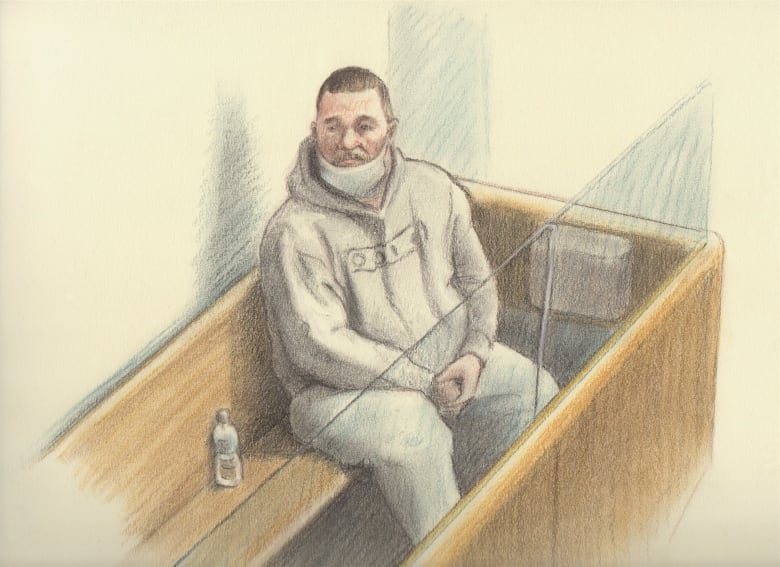 A key figure of the Freedom Convoy protest will remain in custody for now after his bail review hearing was adjourned Thursday due to new charges against him. On Wednesday, the same hearing was abruptly adjourned when a lawyer’s computer was hacked.

Pat King’s defence lawyer had requested a review of the decision to keep him in custody until his trial begins.

The bail review hearing started Wednesday but came to an unexpected stop when King’s lawyer, David Goodman, who was appearing virtually, interrupted court to alert everyone his computer had been hacked.

Through Goodman’s computer speakers, a cryptic voice repeatedly said the computer had been locked.

The proceeding was adjourned until Thursday, and Justice Graeme Mew ordered a publication ban on the hacking.

When the hearing resumed Thursday, the publication ban on the hacking was lifted. Goodman told court his computer issue had been “fully resolved,” nothing was corrupted and his files were safe and secure.

All evidence presented at the bail review remains subject to a publication ban, which is often requested and granted to prevent potential jurors from being prejudiced ahead of trial.

His previous lawyer unsuccessfully argued in February for King to be granted bail.

In his bail decision, Justice of the Peace Andrew Seymour said he was not satisfied King wouldn’t commit offences similar to those he’s accused of and doubted the impartiality of a proposed surety for King.

King is now co-accused with Tyson George Billings, who was arrested on similar charges the same weekend police cleared protesters.

On March 30, following online speculation and confusion as to who was representing King, his social media page shared a video that included screenshots of what appears to be a handful of receipts from legal firms. The video shows apparent payments, including one for $11,400.

“When the time comes, Pat King will select the best lawyer that he feels will perform their duties and have his best interest at heart for the ‘actual case’ and the ‘actual trial’ when he is required to do so,” reads a portion of the post attached to the video.

King’s supporters appear to be chipping in to help fund any bond that may be required for his potential release.

People claiming to be King’s friends and family have continued to operate his Facebook page, The Real Pat King, while he has been in custody.

The operators of the fund have solicited donations from supporters to fund his legal defence.

“Pat King requires our support from his friends and family to help cover his legal expenses so he can seek a release on bail then begin to prepare for his trial. The amount to cover the bail review and trial is estimated to exceed over $100,000,” a post from March 18 said.

The page claims to have raised $62,400, though it cannot be verified as the donations were made by e-transfer directly to a private email address.