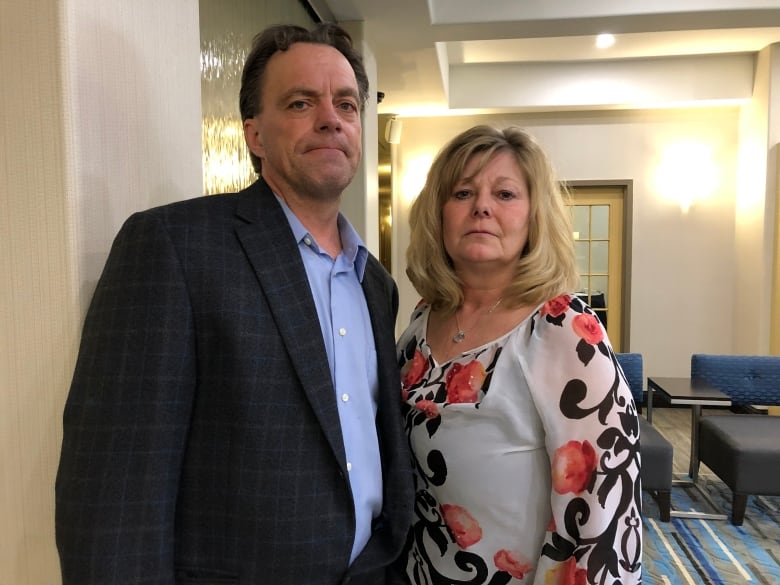 Sandra Barker-Schmidt and her husband, Dean Schmidt, are grappling with a difficult question this fall: Should they send their daughter ​​Kidist to the same school where her older brother endured seemingly endless racist taunts before he died?

It’s where most of Kidist’s friends will go, and switching schools would mean about a 45-minute commute to Regina every day.

“But then, there are schools in Regina that have more diversity,” Dean Schmidt said.

A coroner’s inquest held in March heard that Kaleab was bullied repeatedly about being Black while attending Greenall High School in Balgonie. There was even a Snapchat group called “I hate Kaleab Schmidt.”

In March, the inquest jury released several recommendations with the intent of preventing something similar from happening again. Several of the recommendations were directed at the high school and the Prairie Valley School Division and called for the reevaluation of school policies and anti-bullying efforts, saying a “poster in the hallway is not effective.”

Barker-Schmidt and her husband aren’t sure what’s changed since the inquest. “They’ve never reached out to us,” she said.

Superintendent of Education Lorrie Anne Harkness acknowledged that no changes to school policies were made in response to the inquest, emphasizing that they were made earlier, after Kaleab’s death.

“When the recommendations came, we were actually comforted that what was outlined reflected the practices we currently practise in our school division. So we can confidently say that we addressed every one of those recommendations,” she said.

For example, Harkness said policies were tweaked to make definitions of bullying and harassment clearer and professional development was increased to ensure staff document all behavioural incidents.

Even so, there has been no sign of any campaign or program dedicated to fighting anti-Black racism.

​”W​hat are they doing about it when the ki​d is caught bullying or having racist comments?” said Barker-Schmidt.

Dean Schmidt isn’t confident that what’s happening behind closed doors is enough. “That’s why we want to go to the MLAs, because [students] get away with it … and it’s not right. They’ve got to be held accountable.”

​Schmidt and his wife adopted Kaleab and his two sisters from Ethiopia in 2012. Kaleab’s parents describe him as a kind-hearted old soul who wanted to be a lawyer if he couldn’t play professional football.

They say he loved sports, was an honour roll student and was tender with animals.

At school, he had been suspended multiple times because he fought students who taunted him with the N-word. Four days before his death, Kaleab had again been suspended after fighting with a classmate. This time, RCMP charged Kaleab with assault causing bodily harm.

“That charge, it scared him. He thought he was letting his friends, volunteers and coaches down,” Schmidt said. The next day, he died by suicide.

Systemic racism has dominated discussions since the death of George Floyd, a Black man killed by a Minneapolis police officer in May.

Kaleab’s parents hope this brings meaningful change. They took their daughters to a Black Lives Matter rally in Regina and said they felt Kaleab’s presence and support there. “We just want change for Kaleab,” Barker-Schmidt said.

A racist video by two Montreal-area teens has sparked outrage. While some are threatening retribution, some teenagers in the Black community hope it becomes an opportunity for education about racism and white privilege. 1:52

And yet he’s still being targeted, two years after his death. This school year, some students made racist comments on a Snapchat tribute post to Kaleab, including “I hate n–gers.” A similar incident happened last year.

When Barker-Schmidt mentioned it to police, she said they told her there’s nothing much they can do about it — and that it’s really up to the family to talk to the student who posted the slur.

“I think people should be charged because if they’re not, it’s just going to keep going on, and it hurts,” Barker-Schmidt said.

When asked if she thought more needed to be done to combat racism in the Prairie Valley School Division, Harkness said it’s a community problem. “This isn’t a burden solely on the shoulders of educators,” she said.

Natasha Henry, an education consultant, historian and educator based in Ontario, said proactively dealing with racism is critical for educators.

“By not recognizing the role that the education system plays in perpetuating and reinforcing racism stereotypes and prejudice, [it’s] really about trying to absolve themselves of a very serious responsibility,” said Henry, who helps develop curriculum resources specific to Black history and provides support to Black students.

“Leaders and educators in these positions should realize that education is part of a broader system as a microcosm of society, and so that blame can’t be placed outside, and they have to look at the role they play — whether it’s intentional or not.”

Henry said this work is key because students will one day become community leaders, even if there are few Black children in the school system. “Anti-Blackness is not contingent on the presence or absence of Black people.”

She said when considering the culture schools create through the curriculum, educators must consider, “What are the ideas that are fostered about Black people? Are you being intentional in educating your students?”

A 2019 survey conducted by Mission Research for CBC News found that among 4,000 youths aged 14 to 21, more than half of those who identified as visible minorities said they’ve been subjected to racist names or comments. One in eight said it happened more than five times.

Henry said what happened to Kaleab is an extreme and heartbreaking consequence of racism. She said that it takes a toll on students’ health long before it gets to such a point, and that the effects of racism are often misidentified by educators.

It is “long overdue for leaders and people who are responsible for children to really have some basic foundational knowledge … and awareness of the existence of systemic racism.”

She said children can’t always articulate what’s happening, so they can become withdrawn, feign sickness or have emotional or physical outbursts — which can then be labelled as a behavioural problem. That means the discipline or blame is not placed on racist classmates but rather on the student who has been targeted, which can worsen the situation for the child.

Barker-Schmidt would like to see students take ownership of changing the culture.

“If you’re standing in a group and you hear a bunch of kids laughing, they’re saying the N-word, thinking it’s funny, I want kids to stand up and say, ‘Don’t say that, it’s wrong.'”

Barker-Schmidt and her husband said community efforts to reach out to them have been minimal. Barker-Schmidt has contacted some parents of kids involved in bullying Kaleab. She said no one in Balgonie or White City, the next town over, has reached out to her — not even the family of the student who had the final physical fight with Kaleab.

“That still bothers my conscience,” said Schmidt, who wants students held accountable for their actions. “The parents have to make these kids realize what they did.”

Barker-Schmidt said it’s impossible to determine if consequences for students are adequate because the school won’t say what they are, citing privacy concerns.

Harkness insists students are disciplined behind the scenes and that “all issues of racism and bullying are taken seriously in our schools.”

The Schmidt family said more needs to be done to prevent race-related bullying on all levels. Barker-Schmidt said the Ministry of Education could provide more staff training and add material to the curriculum about racism and bullying.

A Ministry of Education spokesperson said the minister “has already had conversations with the Chief Commissioner and has asked the Ministry to work with the Saskatchewan Human Rights Commission to ensure curriculum is relevant.”

Kaleab’s parents want people to understand how racism devastates children and their families.

Henry, the education consultant, said the time to act is now.

“Here we are in 2020, and regardless of what jurisdiction you’re in, everyone has a role to play in addressing these issues so that we do not have to get to another cycle of a movement where people are outraged and demanding humanity be recognized,” she said.