Parents frustrated as some schools shift online, others plow ahead amid rising COVID-19 cases 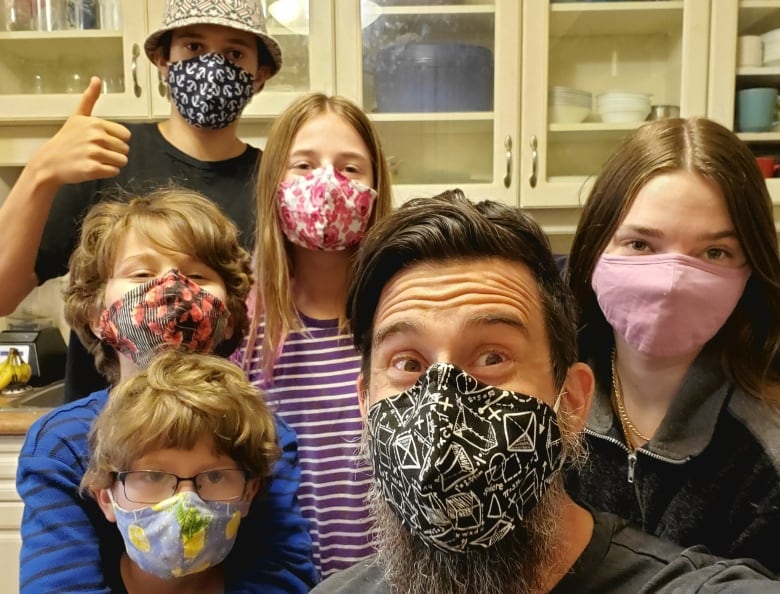 Just days into a new year, some Canadian parents may be experiencing a feeling of déjà vu, with most provinces and territories — but not Saskatchewan or Yukon — delaying students’ return to in-person learning after the winter holiday.

As positive coronavirus cases rise again, fuelled this time by the Omicron variant, parents in areas that are returning to school and those that aren’t voice frustrations and concerns while their children prepare to begin a third calendar year amid the COVID-19 pandemic.

‘Trying to make the best choices we can’

The fact Saskatchewan is moving ahead as planned with in-person classes this week doesn’t come as a surprise to Regina parent Rebecca Penner, who noted “there’s not been a lot of restrictions for awhile now.”

A music instructor who teaches private lessons from home, she said she’s considering keeping her children — who’ve just had their second doses of Pfizer’s pediatric COVID-19 vaccine — at home. A two-week delay could give parents more time to monitor for post-holiday season symptoms and to get their kids vaccinated, Penner said.

“We’re all trying to make the best choices we can for our families with the information that we have,” Penner said. “Sometimes it feels like there’s just not enough information shared.

“It’s hard to know what to do because… not everybody’s going to be happy.”

‘We’re not all in the same boat’

Kyle Anderson’s children — ages nine, 11, 14 and 16-year-old twins — were headed back to class Tuesday. While they are all vaccinated, the Saskatoon father says his eldest kids have noticed how their province has made decisions differently than other provinces and territories.

“They’re… not so scared or frightened [for themselves], but they are concerned because they understand that it’s not just about them,” he said. “It’s really about our whole community that’s being put at risk.”

Anderson, an assistant professor at the University of Saskatchewan in Saskatoon, said he’ll work from home for the next while, to be ready to support his kids if there’s any sudden shift to remote learning or isolation due to COVID-19.

However, he said he recognizes many in the community are struggling amid the new burst of cases — from those who work outside the home to those who have immunocompromised family members and kids too young to get vaccinated.

Though her four-year-old had been getting used to kindergarten, rising COVID-19 cases in recent weeks made Toronto mom Sumaiya Ahmed consider keeping her son Zaid home after the holiday break. So, she admits feeling somewhat relieved Monday when Ontario announced it was keeping in-person schools closed until Jan. 17 at least.

“I was a little worried what they were going to do in two days,” Ahmed said of Ontario’s earlier plan to delay students return-to-class just a couple of days.

“Even this two weeks that they’ve given us, I’m really hoping that they actually have a plan in place when the kids go back,” she said. 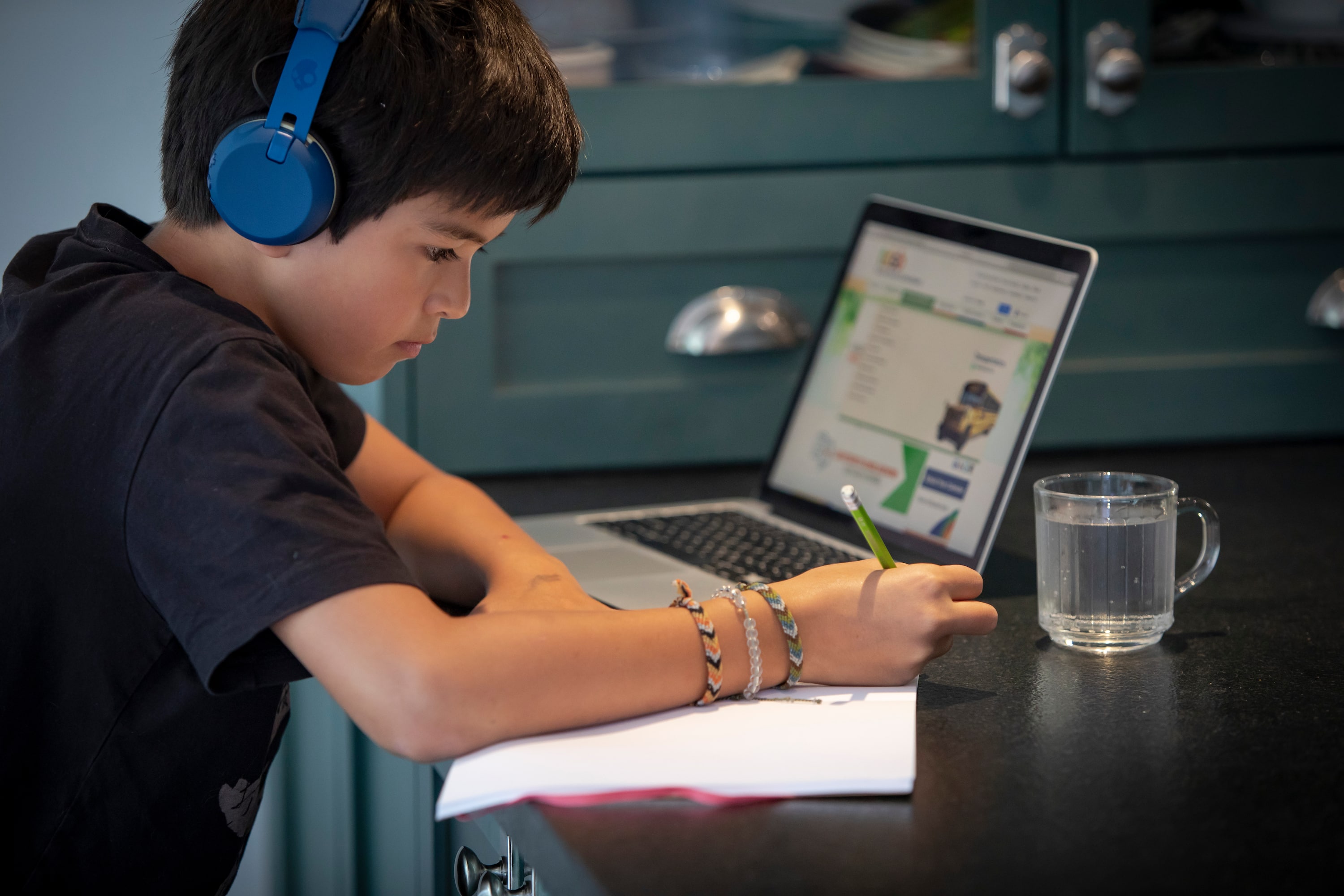 Ontario Premier Doug Ford says schools will go online for the next two weeks because he expects a lot of teachers may be knocked out of commission by the coronavirus. ‘The ground is shifting every single day,’ he said. (Evan Mitsui/CBC) 0:49

That said, Ahmed is a bit apprehensive about what remote learning will be like for her kindergartener.

As her partner continues to work from home, Ahmed — currently on maternity leave — must figure out how to care for her five-month-old baby while also guiding Zaid through online school. She said she’s worried he will find the experience too strange and tune out.

“I’m just a little worried that he’s not going to concentrate…. I haven’t [told him] yet,” she said. “He’s never done anything online.”

‘A toll on the kids’

With three children aged eight, 10 and 12, Richmond Hill, Ont., parent Anar Allidina called it “devastating” to once again be shifting to remote learning.

“This is the third year we’re doing this and you would think that the government would have stuff in place for the teachers, for the students to be safe, so we won’t have to go to this online, shutting down schools again,” said Allidina, a dietitian who plans to shift her work schedule to support her children over the next few weeks.

“It’s just going to be unpleasant. It’s going to be stressful. The kids don’t learn as well when they’re online,” Allidina said, recalling what she witnessed during past stretches of virtual classes. “It’s so easy for them to tune out [and] just not pay attention.”

After already seeing her children fall behind in areas like problem-solving, working with others and in some academic subjects since the start of the pandemic, she’s also worried about how more remote learning will affect their mental health.

“Not having that social interaction [of in-person school], it really does take a toll on the kids,” she said. 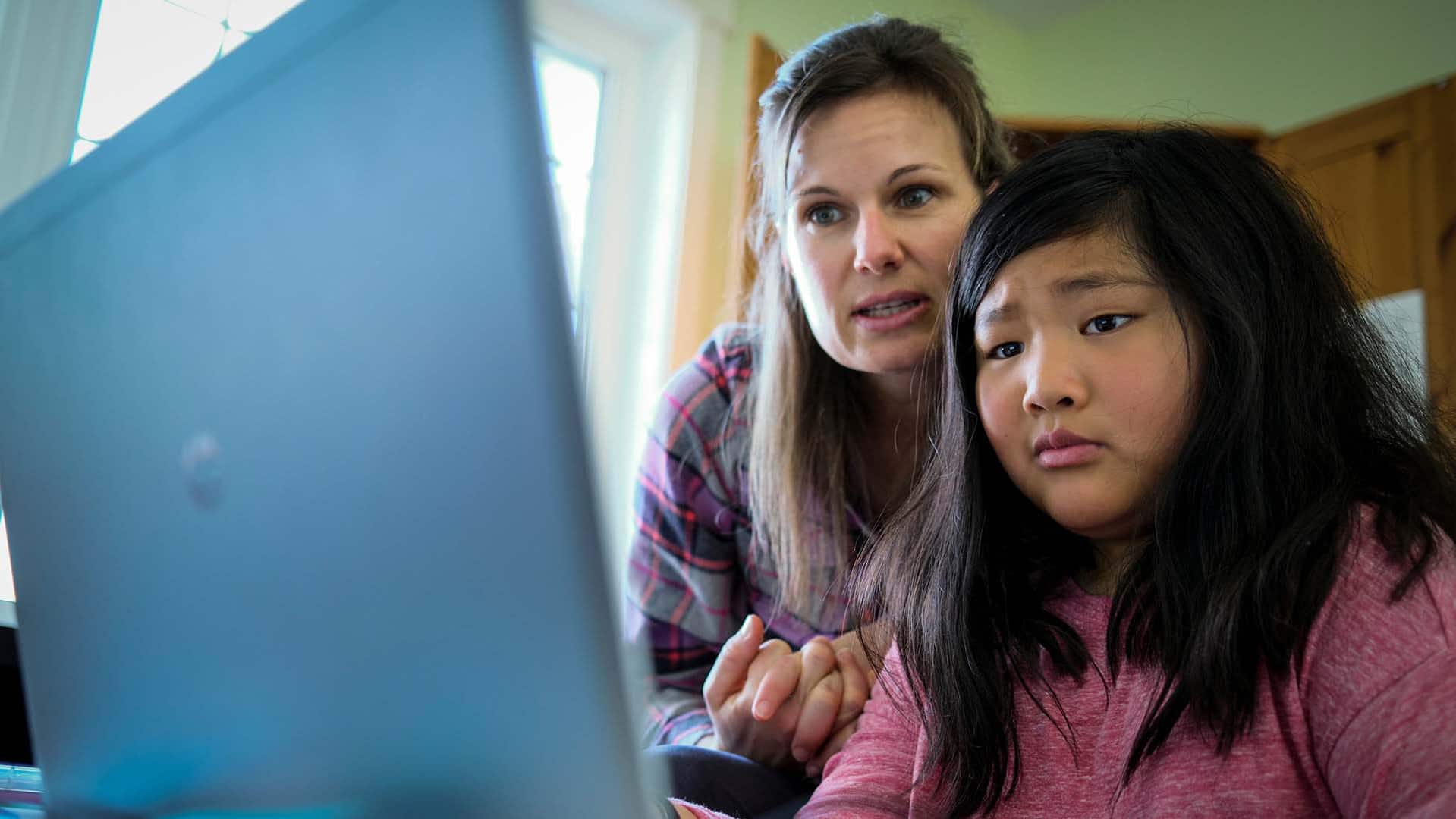 Parents and students are anxious and frustrated after some provinces announced they will stop reporting COVID-19 infections linked to schools. Ontario is the latest province to stop reporting school-related infections. 4:01

‘This is not our first rodeo here’

Parents have struggled with a huge burden balancing work and figuring out what’s best for their children at school during the pandemic, says Montreal parent Katherine Korakakis, president of the English Parents’ Committee Association of Quebec.

Any school decision made at the last minute “leaves parents kind of in the lurch,” she said.

Two years into the pandemic, Korakakis said education ministries and school officials should be more organized and prepared for different scenarios — and be clearly communicating them to parents earlier on.

“We’ve been on this ride before, right? This is not our first rodeo here,” she said. “Why not have all these systems already in place, that you’ve already communicated with parents?

She has a 10-year-old and 14-year-old facing at least a couple of weeks of remote learning upheaval starting Thursday. The eighth-grader’s exams and class schedule still remain up in the air, she said.

Korakakis acknowledged that safety remains a concern during the pandemic, but said parents are now often left making the least “destructive” decision for their children rather than the absolute best.

“We have to do our part as a society and get our vaccines if it’s right for our family and respect the measures,” she said. “Have a mask on. Wash your hands. Have the air purifiers. Keep the common areas clean.

“But what else are we supposed to do, stop living?”