Pacquiao is no longer the dominant fighter of his prime 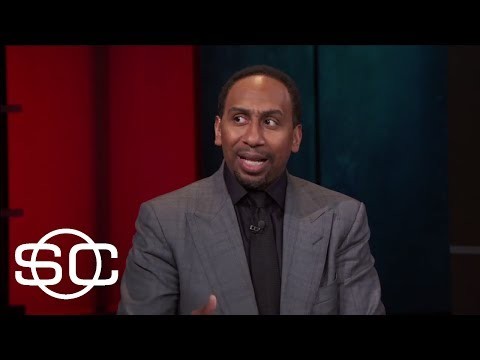 Those who have followed Manny Pacquiao’s career closely should have known he was in trouble as early as the first round, when he backed into the ropes and covered up. That’s not what Pacquiao does, not even the PacMan-lite version of recent years.

If anybody was supposed to be on the ropes with his gloves glued to his ears, it should have been his neophyte opponent, Jeff Horn.

The look on Pacquiao’s face, as he squinted through the tiny gap between his red Reyes gloves, seemed to say, “Whoa! This isn’t going to be as easy as I thought.”

It foreshadowed what was confirmed as the fight unfolded. The Filipino phenomenon who had captivated the world with his unique brand of mayhem was gone, replaced by an ineffectual distortion of a once-magnificent fighter.

Most boxers deteriorate piece by piece until there’s nothing left but memories, others suddenly implode like old Vegas casinos that have outlived their usefulness.

Going into the Horn fight, we knew Pacquiao was no longer the terror of his prime. Nevertheless, he was still formidable enough to be included somewhere in the top 10 of most pound-for-pound rankings. His descent from that prestigious status to his current state was like a runaway elevator grinding to a stop just before it hit bottom.

Yet despite his conspicuously reduced capacity, Pacquiao still fought well enough to narrowly win the fight on my scorecard, 114-113. I gave each boxer six rounds with an extra point to Pacquiao for the battering he handed Horn in the ninth.

That said, I have no problem with the two scores of 115-113 in Horn’s favor handed in by judges Chris Flores and Ramon Cerdan. It was a close fight with many rounds that could have gone either way. However, judge Waleska Roldan’s 117-111 for Horn was inexcusable, a complete misrepresentation of what took place inside the ring.

The hysterical reaction to the decision from much of the media and many fans was an absurd overreaction that brought Chicken Little to mind. The word “robbery” was carelessly and inappropriately used to describe a fight that even Pacquiao’s promoter, Bob Arum, agreed was close and “could’ve gone either way.”

Pacquiao’s decision loss to Timothy Bradley in their first fight was a robbery. Horn-Pacquiao was a close, difficult fight to score that went to the local fighter. Had it been held in Manila or Las Vegas, Pacquiao would most likely have gotten the decision, but it wouldn’t have been a robbery. It was close regardless of who won.

The massive upset and the ensuing controversy might have been a blessing in disguise as far as interesting talking points are concerned. The fight itself was no masterpiece. It was a sloppy, mauling bloodbath in which Horn’s awkward style played a significant role.

His herky-jerky lateral movement and clinching blunted Pacquiao’s offense to a large extent. Then there were the weird headlocks Horn clamped on Pacquiao damned near every time they tied up the second half of the fight.

Horn was the younger, bigger man, and it made sense to rough up the elder statesman any way he could. The deck was supposed to be stacked against him, anyway. What did he care if it was an ugly fight?

Jeff Horn put Manny Pacquiao against the ropes at the start of their fight. Dan Peled/EPA

The multipunch combinations that have been a staple of Pacquiao’s attack were nonexistent and his counterpunches frequently embarrassingly wide of the mark. It was his grit and will to win that kept him in the fight, qualities that almost resulted in a face-saving stoppage victory in the ninth round.

Occasionally aging fighters, especially the great ones, can temporarily turn back the years and give us a glimpse of what they were at their best. These flashbacks don’t last long but are remarkable nonetheless.

Pacquiao’s mini-renaissance started when he visibly hurt Horn with a left to the head early in the ninth. He knew it was his chance and went for it. The speed, reflexes and timing were iffy, but the passion for victory remained strong.

He came close to ending it a couple of times but fell just short of finishing the job. Even so, enough damaging punches landed to prompt referee Mark Nelson to visit Horn’s corner before the start of the 10th and tell the Australian he was considering stopping the fight if he continued to take punishment.

“I told Manny, give me one more of them and the fight is over,” said trainer Freddie Roach. “But he just couldn’t do it.”

After expending so much energy in the ninth, Pacquiao didn’t have enough left to launch another all-out onslaught, and his only chance for an emphatic victory slipped away. He might have edged the 11th, but the 10th and 12th were Horn’s.

Pacquiao is 38 years old and has been a professional boxer for 22 years. He had 67 bouts prior to his battle with Horn, many of them against the best fighters of his generation. It had to catch up with him one day, and that day came Saturday in Brisbane, Australia, in front of a crowd of 51,052 at Suncorp Stadium.

Pacquiao supporters bolster their arguments with punch stats, and while the numbers didn’t seem to match what was happening in the ring, Pacquiao did have a commanding 182-92 lead in punches landed, according to CompuBox.

Still, as Larry Merchant used to remind us, punch stats are quantitative, not qualitative. Whether it’s jabs or power punches (the only categories used by CompuBox) all punches are not created equal.

Horn’s right hand knocked Pacquiao off balance a number of times, while most of Pacquiao’s blows, except the big left in the ninth round and a couple of follow-up punches, didn’t seem to bother the former schoolteacher all that much.

Pacquiao supporters also made much of the comparison of postfight photographs of the competitor. Pacquiao, wiped clean of the blood spilled from two gory scalp cuts, looked relatively unscathed, while Horn, whose left eye had been reduced to a purple, swollen slit decorated with a row of sutures, appeared to have gotten the worst of it.

But fights are not judged by how the boxers’ faces look at the end of hostilities. If they were, we would never have heard of guys such as Arturo Gatti, Vito Antuofermo, Henry Cooper and, of course, Chuck Wepner. They bled and persevered.

Besides, with Horn and Pacquiao banging heads like rutting billy goats, it was tough to know for sure which cuts butts opened and which were opened by punches.

Scoring a boxing match is a highly subjective craft. We’ve all heard that hundreds of time. True, sometimes that’s just a convenient excuse for bad judging, but not in this case. There’s plenty to chew on, even if it does all boil down to a matter of opinion.

If there’s something that everybody should be able to agree on, it’s that Pacquiao’s future is far more uncertain now than before the Horn fight. He sounded eager to activate the return-bout clause, which would surely reap another nice payday.

After all, controversy is always an excellent selling point. I can almost hear the talking heads yelling at each other already.

Pacquiao’s journey from wild-swinging knockout machine to aggressive cutie with a punch, and all the stops and stages along the way, seemed organic, following the natural rhythms of a natural-born fighter’s life. He has now entered the final phase of his boxing life.

Nonetheless, if Pacquiao were to lose to Horn in a rematch, my guess is that he’ll fight on. He has already said that he can’t live on what he earns as a senator. The only option is to squeeze every last dollar out of his body.

If I’m right, we will see how far fighting on heart will take him. To be honest, I hope it’s not too far. It’s no fun watching another all-time great stretch the string until it snaps.