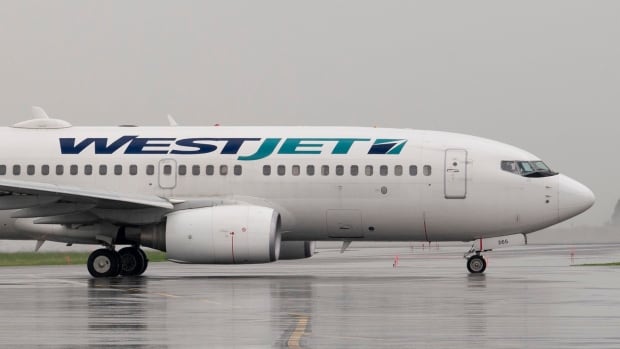 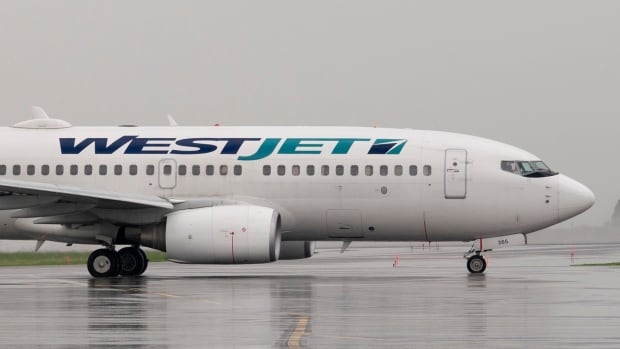 The union representing WestJet flight attendants is expecting layoffs of more than 50 per cent of its staff as the number of flight cancellations and restrictions continues to mount amid the COVID-19 outbreak and other airlines mull their options.

An internal memo sent to union officials and obtained by The Canadian Press says that travellers are rebooking en masse and “our airline’s well-being has become grave overnight.”

But Mark Porter, an executive vice-president with WestJet, says the numbers being reported were communicated as one of several scenarios being contemplated.

“The current situation is unprecedented and has escalated rapidly in the past week. … We are reviewing several options to reduce costs, including reduction in contractors, a pause on many of our capital projects and asking vendors for pricing cuts,” he told CBC in an emailed statement.

Porter added that the company will have to reduce the number of employees.

“Our first and most preferred option is to ask WestJetters to consider voluntary leaves, unpaid vacation, reduced work time, among other voluntary measures,” he said.

Chris Rauenbusch, president of CUPE 4070 — which represents cabin crews at the Calgary-based WestJet and its budget subsidiary Swoop — said that daily conversations with senior management alerted him to the increasingly “severe” situation.

“Basically, all new bookings are drying up,” he said. “It’s literally changing by the hour.”

Forecast soared from 12% on Wednesday

As recently as Wednesday morning, job reductions of only 12 per cent seemed likely, he said, a number that matches WestJet’s recent forecasts.

Since then, however, the U.S. has implemented a ban on most travel from Europe; business trips, large gatherings and daily commutes have dropped off; and institutions from the National Hockey League to Broadway have suspended their seasons.

Rauenbusch said one flight from Vancouver to Los Angeles Friday morning that had booked 150 passengers took off with just 12 on board.

He said the full impact of the novel coronavirus epidemic is just starting to sink in, as flight cancellations increase and consumers turn away from airports to make a run on toilet paper.

“We’ve tried to communicate the gravity of the situation,” he said. “I’m not sure reality has set in yet.”

WestJet said Wednesday that flight reductions could hit its domestic, transatlantic and vacation destinations as well as trips to the U.S.

Other cost reduction efforts introduced this week include a company-wide hiring freeze and voluntary leave options.

On Friday, Canada’s federal government warned against all international travel and said it is limiting inbound flights as part of a series of measures to limit the spread of COVID-19.

The airports that would take inbound flights were not immediately identified.

Canada’s Chief Public Health Officer Theresa Tam confirmed Friday morning that Canada is now advising against all international travel to limit the spread of the virus.

She warned that travellers could be subject to another country’s travel or quarantine restrictions, and if they become sick, they could find themselves in a health care system inferior to Canada’s system.

U.S. President Donald Trump announced Wednesday evening that the U.S. was banning travellers from most parts of Europe, the same day the World Health Organization declared the global outbreak a pandemic.

As of Friday morning, there were 180 presumed or confirmed cases of COVID-19 in Canada.

“At the moment, we’re not aware of layoffs or anything like that,” said Canadian Union of Public Employees spokesman Hugh Pouliot.

Air Canada has seen its stock price plunge by more than half over the past two months. It has suspended flights to mainland China and Italy and cut back routes to Hong Kong, Tokyo and Seoul as travel fears spread with the new virus.

“Things are moving super-fast at this point,” Julie Roberts, who heads CUPE’s airline division of 15,000 flight attendants, said in an email Friday.

In response to the travel bans and cancellations, Delta Air Lines said Friday it will cut passenger-carrying capacity by 40 per cent, the biggest reduction in the carrier’s 91-year history.

Delta, which is talking with the White House and Congress about potential relief, plans to halt all flights to continental Europe for at least 30 days and ground up to 300 aircraft to save cash.

Recent booking fee waivers by Air Canada and WestJet have failed to stem the tide of cancellations or encourage new bookings as countries impose border controls and domestic quarantines.

Transat AT Inc., which owns Air Transat — and which Air Canada bought in a deal awaiting regulatory approval — has seen daily bookings plunge by 50 per cent year over year this month, executives said Thursday.