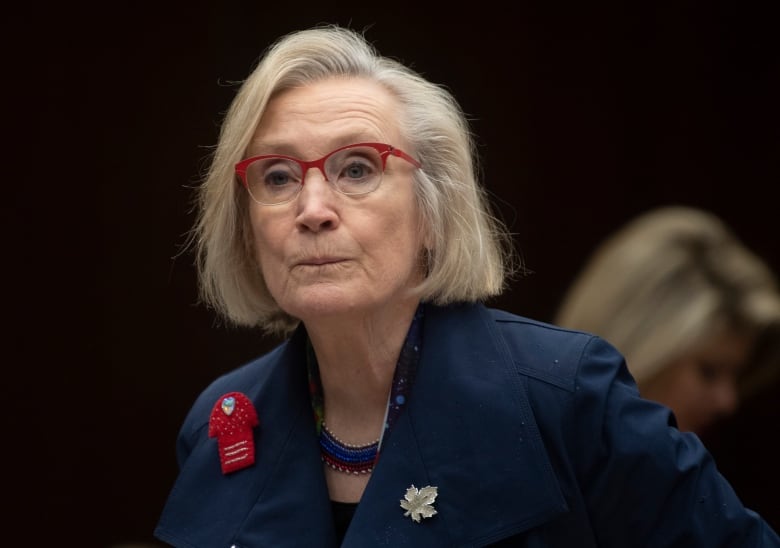 The federal government blames the comments of survivors and public officials, including retired senator Murray Sinclair, who chaired the Truth and Reconciliation Commission, for undermining faith in the residential school compensation process, according to a legal filing obtained by CBC News.

The filing asks judges overseeing the compensation process to launch a review into how Ottawa handled cases involving St. Anne’s residential school in northern Ontario. It was one of Canada’s most notorious residential schools, where a homemade electric chair was just one form of punishment used on First Nations children.

The government’s court filing uses a statement from Sinclair — who told CBC News in December 2020 that Ottawa wasn’t living up to its promises on reconciliation in its handling of St. Anne’s cases — to try to bolster its argument that public criticism has hurt the image of the compensation process to such a degree only a review could mend the damage.

For the first seven years of the residential school compensation process, known as the Independent Assessment Process (IAP), which began in 2007, the federal government withheld thousands of Ontario Provincial Police (OPP) documents from a 1990s investigation into sexual and physical abuse at St. Anne’s, including the use of an electric chair to shock students as punishment.

The federal government also deleted references to the OPP investigation from a document outlining the history of the school that it provided for St. Anne’s compensation cases.

As a result, some St. Anne’s survivors say they lost cases or received lower payouts because their claims of abuse weren’t believed, according to affidavits filed as part of years-long litigation over the issue.

The Ontario Superior Court ordered the release of the OPP records in 2014.

Ottawa has consistently used the courts to block attempts by survivors to reopen cases based on information revealed in those previously undisclosed records.

The federal government says it did nothing wrong and points to a string of legal victories across 17 requests for direction, seven appeals, 16 motions and two civil actions.

In the filing, however, the government says the criticism has “eroded public trust” in the compensation process and harmed survivors.

“This may adversely impact vulnerable class members … for whom personal and legal closure may be elusive due to the suggestion that they have been betrayed or manipulated,” says the filing, which asks the supervision judges in B.C. and Ontario to initiate the independent review.

Ottawa has spent about $3.2 million over seven years on St. Anne’s-related litigation.

Bennett announced she was seeking the review to “rebuild the relationship” with St. Anne’s survivors.

The announcement came days after a separate Ontario Superior Court hearing paved the way for a pivotal legal battle over St Anne’s.

The case, now before Justice Benjamin Glustein, hinges on whether Ottawa met its legal obligations to disclose records on St. Anne’s cases and if those obligations applied to compensation hearings held before the release of the OPP records.

The case involves claims from three St. Anne’s survivors who allege their compensation hearings were impacted by the withheld police records.

There were at least 166 St. Anne’s compensation cases concluded before the release.

While Ottawa’s filing makes passing references to the parallel case before Glustein, it focuses on public criticism that it argues has made a review necessary.

One of the statements it uses to bolster its position comes from Sinclair, who chaired the Truth and Reconciliation Commission, which delved into the history of residential schools. The commission was born from the 2006 residential school settlement agreement that also created the compensation process.

The filing directly attributes the following statement to Sinclair: “The Liberal government’s legal battle with St. Anne’s residential school survivors diminishes Indigenous rights, and is an example of the federal government not living up to its promises around reconciliation.”

In the filing, there are quotation marks around the statement, suggesting it was a direct quote from the retired senator. Rather, the statement is a paraphrase of Sinclair’s comments from an interview he gave to CBC Radio’s The House in December 2020, in which he criticized the federal government’s handling of St. Anne’s cases.

Sinclair did not respond to a request for comment from CBC News.

“The government suppressed evidence. Legitimate cases were thrown out. It is time for @Carolyn_Bennett @DavidLametti to end their toxic legal battle and settle with the survivors,” reads one quoted Tweet from Angus, posted on Feb. 8, in which he tagged Bennett and Justice Minister David Lametti.

“This is really reaching a dark, dark absurdity,” said Angus, when told by CBC News about his inclusion in the government’s recent filing.

The filing list includes critical quotes from St. Anne’s survivors, including Edmund Metatawabin, whose organization’s efforts in the 1990s prompted the OPP investigation.

“You can tell from the minister’s comments that she is not interested in talking to us … she is displacing our role as survivors, as survivors’ representative,” Metatawabin said in an interview with CBC News.

‘I just find that very rude and arrogant’

Survivor Evelyn Korkmaz’s words are also included in the filing’s list of quotes.

Korkmaz was sexually assaulted by other students at St. Anne’s. Her claim was initially rejected because she wasn’t believed and didn’t have the OPP records to show the school was rife with physical and sexual violence.

Korkmaz fought for compensation, which she eventually won.

“I just find that very rude and arrogant,” Korkmaz said of the inclusion of her comments in Ottawa’s filing.

Korkmaz said Bennett never spoke with St. Anne’s survivors before moving to call for a review. While she initially kept an open mind about the government’s announcement, she has soured on the move and says she now believes it is just another legal tactic to avoid accountability in the separate, ongoing court case.

“Carolyn Bennett jumped the gun,” said Korkmaz. “I think she is afraid of what Justice Glustein is going to come up with. She wanted to beat him to the punch.”

Bennett’s department emailed a statement to CBC News saying it asked the court for the review “because of the ongoing concern and questions that touch on the integrity” of the compensation process.

“Seeking this court direction requires that Canada explain the basis for this request,” the statement says. “Without a sound rational, any further review would be denied to all parties.”