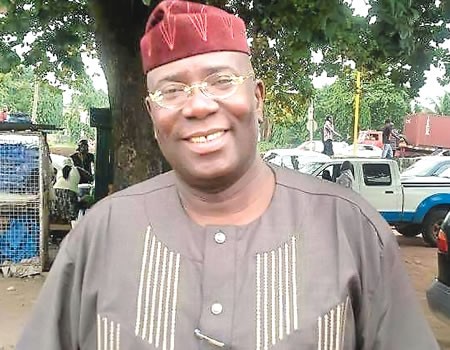 The candidates of the All Progressive Congress (APC) party, Mudashiru Husain, and his Peoples Democratic Party (PDP) counterpart, Ademola Adeleke,  in the Osun West Senatorial District by-election have expressed the hope of winning the  election.

The two candidates, who spoke with newsmen while casting their votes in their respective polling units, said they had what it takes to win the election.

The APC candidate, Hussain, who cast his vote, said he is confident of victory going by the reports he is getting from the polls. He also said that his achievement while he was in the Senate, would equally give him an edge over his opponent towards victory in the election.

“This process has shown that INEC has improved tremendously.”

Hussain, who represented the District between 2011 and 2015, said he was sure of victory.

“The report I am getting from the field is very encouraging and the turnout is an indication that people want me back in the senate.”

“My achievements while in the senate will speak for me,” he said.

However, Adeleke, who also cast his vote at Abogunde Unit 9, Ward 2 in Ede North Local Government,  said  the massive turnout of the electorate was a strong signal that he would be victorious.

“I feel great to be the candidate of the PDP in this by-election. My morale is very high and I am so confident that victory shall be ours.

“The support is overwhelming and today is the day. I am 100 per cent confident of victory.

“As you can see, it rained this morning before the voting commenced. This is a signal of the fact that I will carry the day.

“With this large turnout also, its unarguable that I will beat Hussein hands down by God’s grace,” he said.

Adeleke commended the electorate for coming out en mass to vote and thanked INEC for conducting a hitch-free election.

He also commended the various security operatives for ensuring a peaceful environment.