Osisiye Tafa: You Never Know How a Day Ends 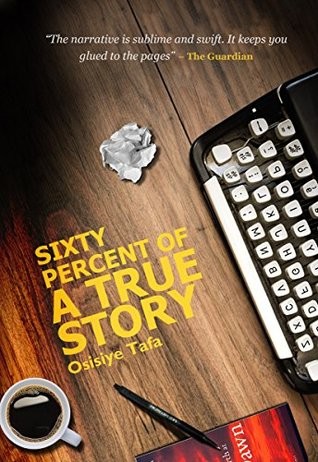 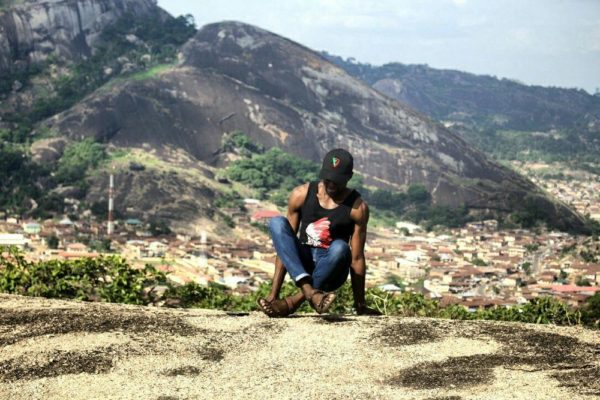 /Idanre/ – Yoruba word for ‘This is Magic’
You can’t see the end from the beginning and you never know how a day ends. Sometimes the trip is the destination and the destination is the trip, you can’t tell these things from the start. You can never tell how love ends and sometimes at the end, you find out that it was not love. Sometimes your family is not your real family and that is a thing too. Stay with me, please.

I thought Idanre Hills would be one thing but it ended up being another thing. I thought it would be crashing waterfalls and dizzying heights, it was silence and shared moments. I don’t like that you can’t see the end from the beginning. 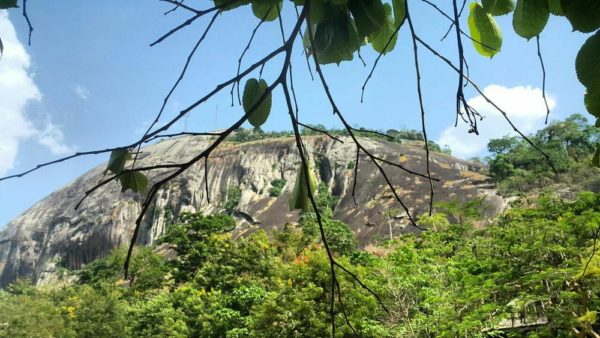 /Idanre/ – Yoruba word for ‘This is Magic’

Idanre Hills is 3,000 feet above sea level. A bouldering network of rocks that surround the small, picturesque town of Idanre. The town’s inhabitants once stayed on the hilltop but gradually relocated to the base of the hills.

The first set of people to relocate were the Christians as they were persecuted for their beliefs. Over time, all the town’s inhabitants moved to the valley lands and now at the peak of the hills lies a forgotten civilization; crumbling ruins, deserted palaces and a Chief Priest that holds on to a lost time. 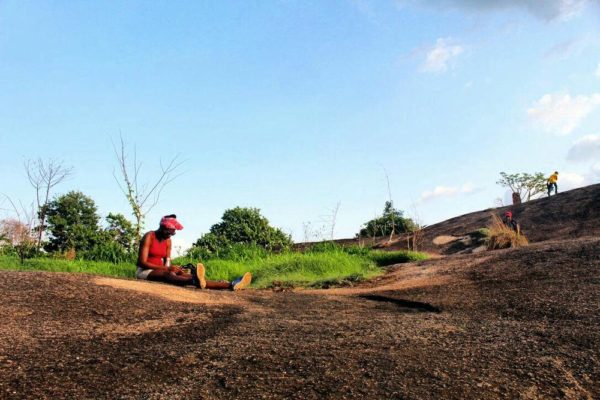 She made it to the top, by the way.

Climbing the hills was a lesson in humanity. Idanre Hills has six hundred and sixty-seven steps with five rest stops along the way. These steps are made of cobbled stones but for the first flight of steps, it’s just roughly plastered cement.
I think the builders started laying the cobblestones from the top and ran out of cobblestones as they went lower. Midway the first flight of stairs, that’s about fifty steps in, a member of our team had vertigo and in moments she was running a temperature, doubled over and retching, feeling constipated and breathless. She suggested that she would head back to the bus and skip the climb, but all members of the party insisted that they would wait for her to recover and we would continue the climb.

This was Naomi and Ruth all over again, one party clinging to the other with firm beliefs of a shared destiny. I could see her discomfort about holding up the party but everyone settled into taking pictures and telling stories. I don’t even know, man. These were strangers who had just met, all working on a tight schedule because we had a lineup of places we wanted to visit that weekend but everyone was willing to skip the Idanre tour completely for her. This was humbling stuff, man! More humbling because they acted like the waiting and willingness to forgo all was nothing. I like this concept of a ‘decent human being’, people who do good stuff without acting like it’s good stuff. Sometimes your family is not your real family and that is a thing. 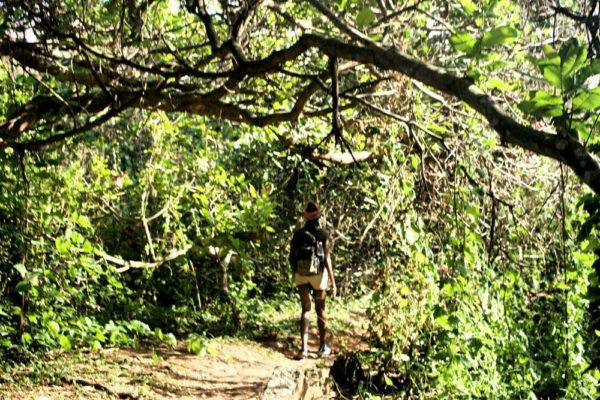 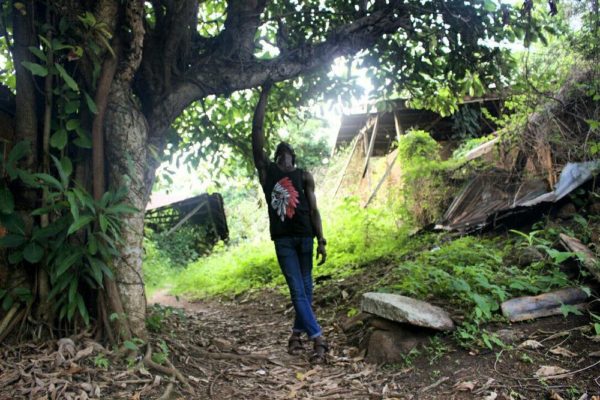 Idanre is a hiker’s dream

At the top of Idanre Hills, I knew what to expect. At least, I thought I knew.

But I saw a house that’s my dream house and I didn’t even know I had a dream house. It’s a small bungalow with fading white and blue paint. It’s on a bare patch of rock with no vegetation around it for 50 meters and then there’s a wild cactus patch.

After that, the hill dips sharply and you can see the wild mountain vegetation all around. Standing over this outcrop of rock, you see the city in fine detail: a scattered assortment of mud coloured roofs with glinting squares of new zinc.

I could imagine waking up here and whistling for Simba to come in from the surrounding vegetation where he would be chasing rodents. I would lie on the bare stretch of rock with the love of my life. I would make my first son on these rocks on a starlit night. There would be no internet so I would finally be done with Twitter NG’s drama. 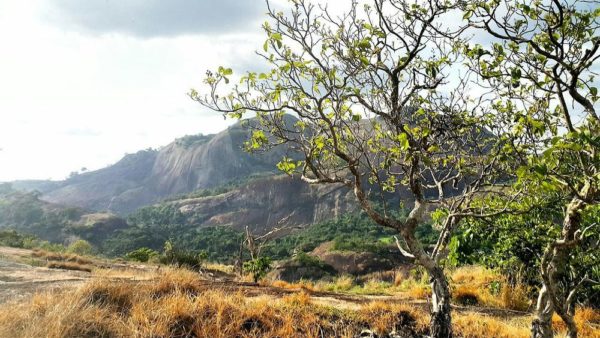 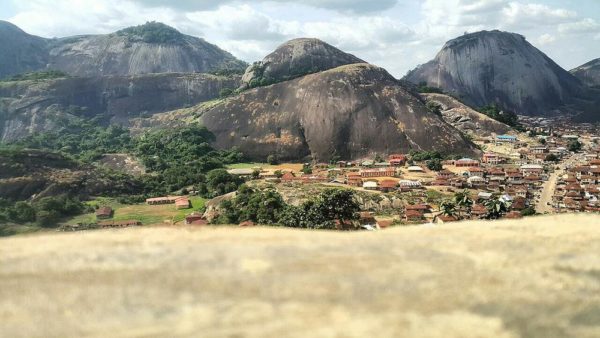 View from my dream house 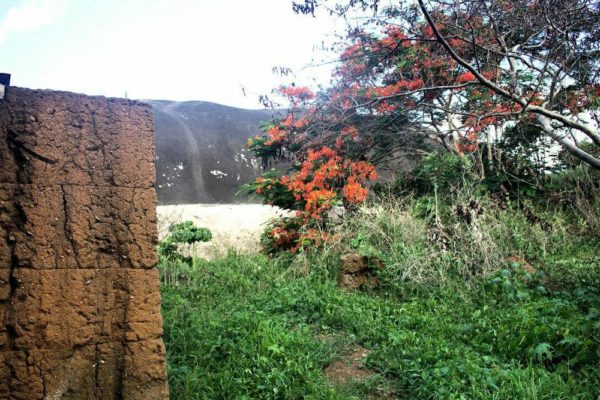 Everywhere on Idanre Hills is deserted except for the shrine of the Chief Priest.

It’s a simple bungalow with a single door. A white curtain made of some flimsy, white material hangs over the door frame. The chief priest comes out of it, he actually billows like a curtain. I read the inscription on the shrine. It’s written in Yoruba language and says that you are not allowed to wear clothes in the shrine.

The Chief Priest is wearing a loose robe that looks like it can be thrown off and on in a rush. He smiles and prays for us. We drop our offerings on the rock where he picks them up. I imagine a life spent naked, communing with the gods, receiving offerings and wandering through the ruins of a migrated civilization.

Does the priest miss family? Does he hold a faint hope of people relocating from the valley to the mountaintop so he could return to his former relevance? What’s a priest without a community? What’s a god without worshippers? How do the gods eat? 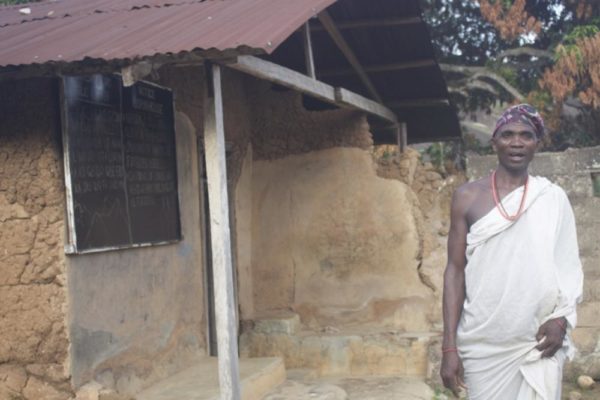 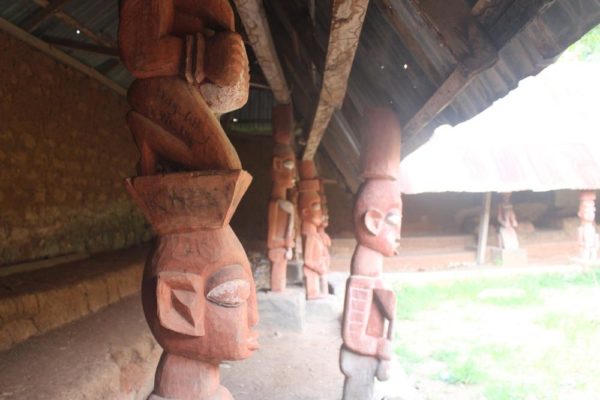 Deserted Owa Palace with sculptures from the seventeenth century 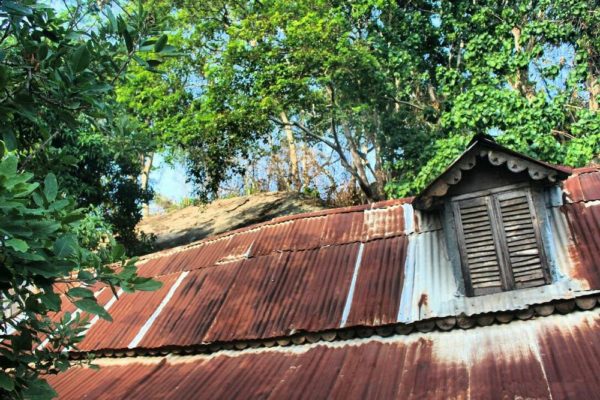 Roof of the Owa Palace 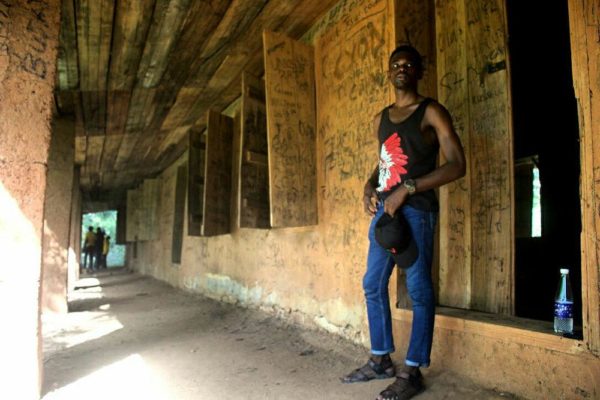 The primary school built in 1886 with clay

I like how you can find silence in noise. The most memorable thing about Idanre Hills was not the dizzying drop, the deserted Owa palace with surreal sculptures from the seventeenth century, the primary school built in 1886 with charcoal graffiti, the Agboogun footprint, the mausoleum, the heavy stone that men in ancient times had to lift as a requirement for marriage or the rock formations shaped like a vulva – although those were beautiful too.

It was the humanity of my fellow climbers, the lonely priest conducting worship sessions for his deserted gods and the final moments we spent lying on the mountains watching the sun set. You never know how a day ends. 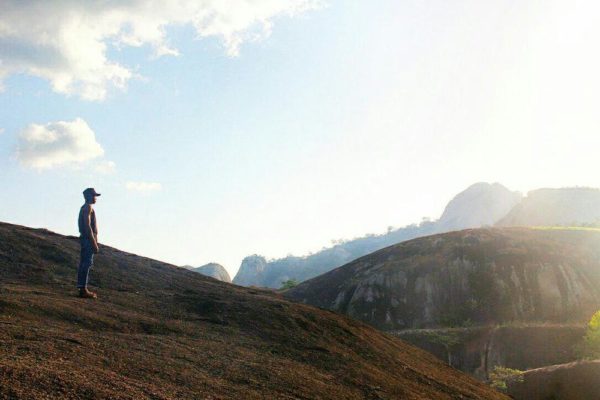 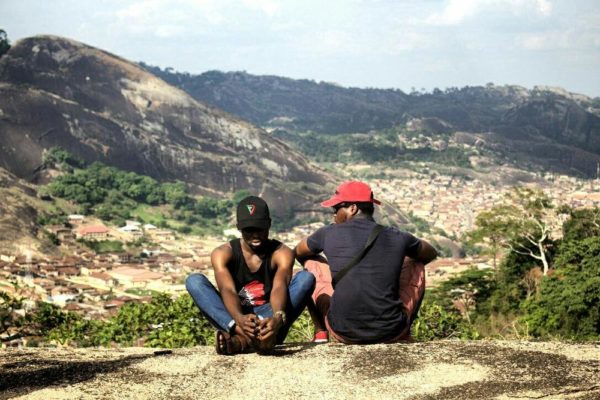 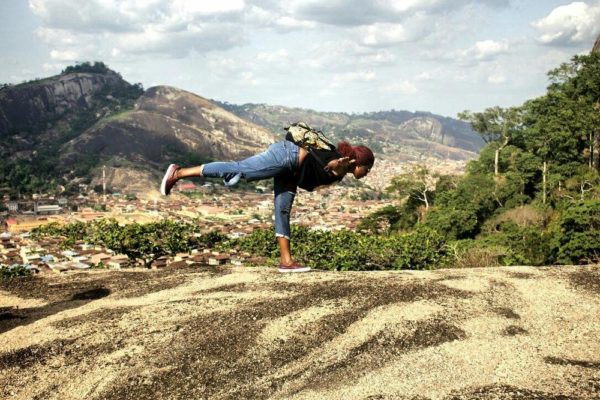 I like how you can find silence in noise

Osisiye Tafa is a banker by day and writer by night. He has been published on The Guardian, Businessday, Thisday, Ovation, Y-Naija among others. He writes faction – fictionalized telling of actual events-which he shares on his http://www.out-sider.xyz/blog. His debut book, ‘Sixty Percent of a True Story’ is available at Terra Kulture, Laterna, Amazon and Konga