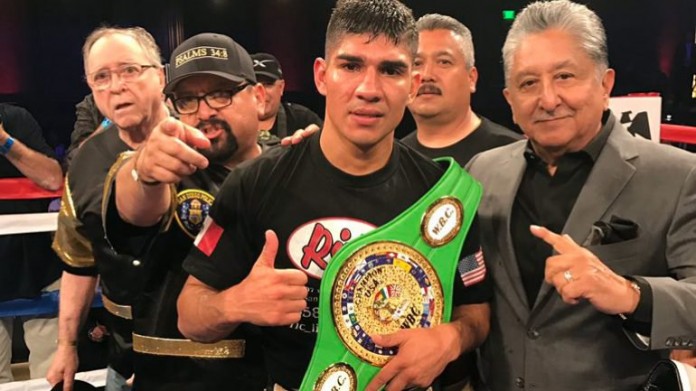 Junior welterweight contenders Antonio Orozco and Roberto Ortiz will square off in a 10-round bout on Sept. 23, Golden Boy Promotions announced Friday.

The bout was initially slated to take place on the Canelo Alvarez-Gennady Golovkin card on Sept. 16 in Las Vegas. It was moved to Sept. 23 to serve as the co-feature of the card headlined by the fight between lightweight world champion Jorge Linares and mandatory challenger Luke Campbell at The Forum in Inglewood, California. The card will be televised on HBO (10 p.m. ET/PT).

“Antonio is a tremendous fighter and one of the top 10 [junior welterweights] in the sport today,” Golden Boy CEO Oscar De La Hoya said. “He is rugged fighter that pushes himself and his opponents in the ring. Fans can expect to see a great show in the ring.”

Orozco (26-0, 17 KOs), 29, of San Diego, is coming off perhaps the best performance of his career, when he knocked out KeAndre Gibson in the fourth round on April 1 in the main event of a Golden Boy Boxing on ESPN card in Las Vegas.

“I’m happy to have an opportunity to fight at The Forum, where there have been many iconic fights,” Orozco said. “I’m looking to leave an imprint there on Sept. 23. We know Roberto Ortiz is a tremendous fighter. He definitely comes to fight. He’s aggressive. He’s a very strong fighter, and this is one of those matchups where styles make fights.”

“I’m happy for the big opportunity that Golden Boy Promotions is giving me, being on such a big event as Linares-Campbell,” Ortiz said. “The truth is that I feel motivated and strong for this fight. I know that Orozco is a great fighter, that it’s going to be a great fight, and that the people will walk away happy come fight night.”