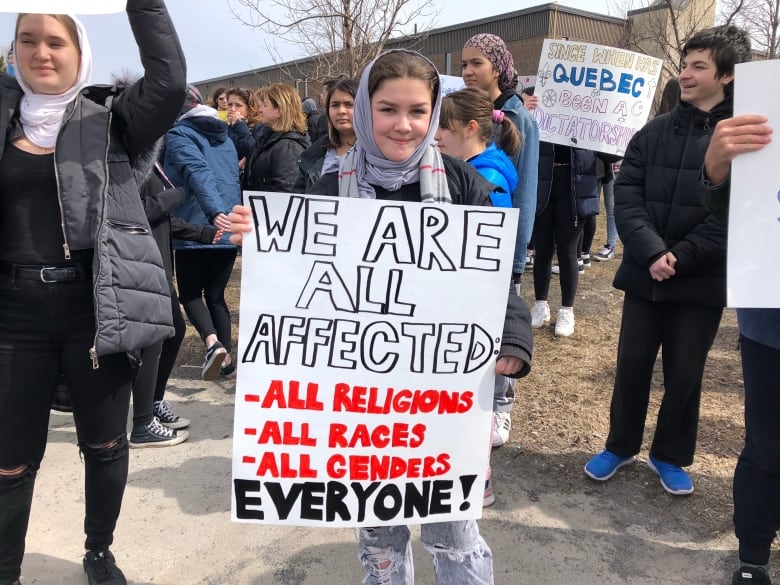 A week after tabling the legislation, opposition to the Coalition Avenir Québec government’s plan to ban certain public workers from wearing religious symbols is growing more organized — and more vitriolic.

Prominent members of Montreal’s anglophone Jewish community who hold office at the municipal, provincial and federal level came together Friday to speak out against the ban.

“This is an attempt to remove those who practice minority religions, leaving only non-believers and Christians in Quebec,” he said.

The remarks prompted Immigration Minister Simon Jolin-Barrette to appeal for calm, as he did last Thursday after tabling the bill.

“We need to be respectful to each other. People can have a disagreement about Bill 21. They have the right to their point of view but … we have to be calm,” Jolin-Barrette said.

Anthony Housefather, the Liberal MP for Mount Royal, later stressed that Steinberg’s comments did not represent those of the group.

Housefather and Steinberg were joined at the news conference by, among others, David Birnbaum, Liberal MNA for D’Arcy-McGee, Côte Saint-Luc Mayor Mitchell Brownstein and Marvin Rotrand, city councillor for Snowdon.

“The proposed law discriminates against a number of those people we represent and seeks to treat those who wear a cross, kippa, hijab or turban as second-class citizens,” Housefather said. 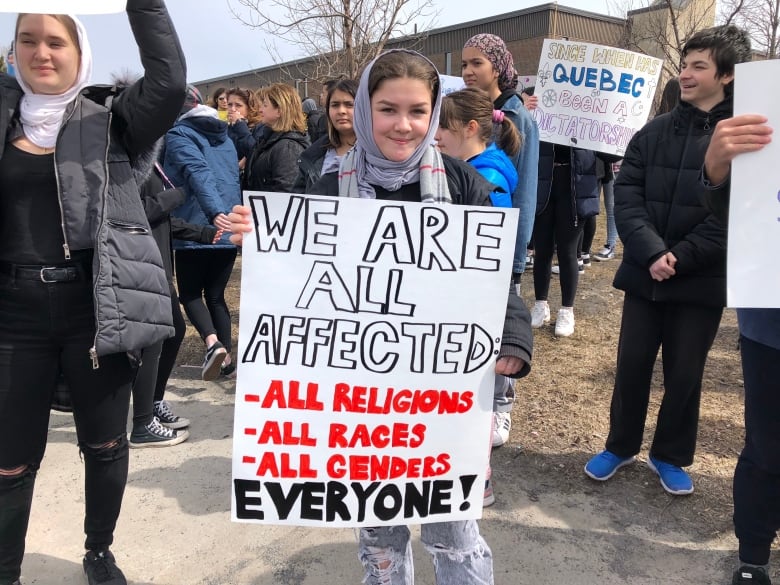 Students and staff at Pierrefonds Comprehensive High School in Montreal’s West Island, held a protest against Bill 21 over their lunch break on Friday. (Valeria Cori-Manocchio/CBC)

Representatives from the English Montreal School Board, which has already said it would refuse to implement the ban if it becomes law, were also on hand.

The group is planning a protest against Bill 21 next Friday in Côte Saint-Luc.

Bouchard, Taylor come out against proposal

The call for action came on the same day that 250 academics co-signed an open letter in Montreal’s Le Devoir newspaper calling the proposed law “discriminatory” and an infringement on “fundamental rights.”

Charles Taylor, a prominent philosopher and one of the authors of Quebec’s landmark 2008 report on accommodation and religious minorities, was among the signatories.

The report recommended banning public workers who wield “coercive” state power from wearing religious symbols, such as police officers and judges, but not teachers.

The report’s other co-author, Gérard Bouchard, also wrote an opinion piece Friday in La Presse, saying the bill had gone too far in applying the ban to school teachers.

He criticized the CAQ’s decision to use the notwithstanding clause to block the bill from charter challenges.

“”The government is taking Quebec down a perilous road,” he wrote.

Students at Pierrefonds Comprehensive High School in Montreal’s West Island, meanwhile, held a protest over their lunch break on Friday. 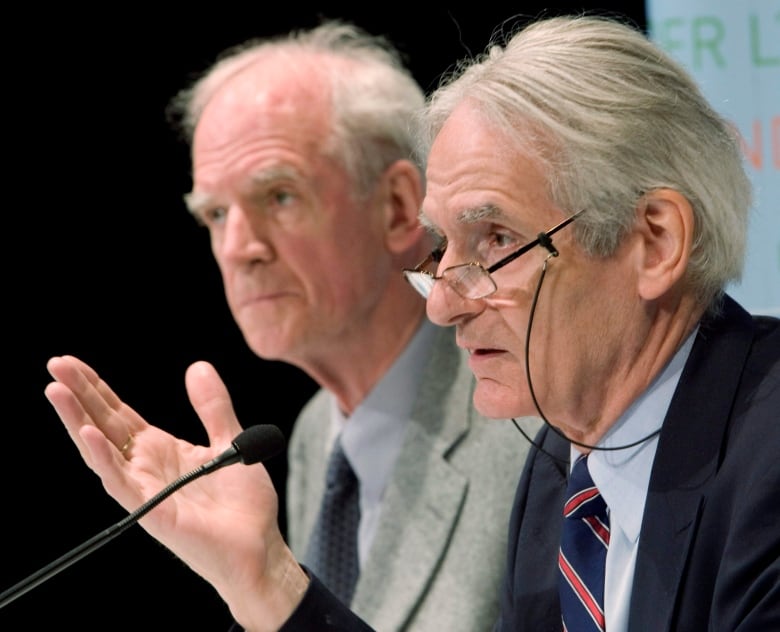 Philosopher Charles Taylor, left, and sociologist Gérard Bouchard released their report in 2008 into the accommodation of minorities. (Ryan Remiorz/Canadian Press)

Despite the growing criticism, Quebec Premier François Legault said he wants to make the bill law by mid-June.

Speaking to reporters Friday, Legault said he’s prepared to compromise on certain elements in the proposed law, but that he believes teachers shouldn’t be exempt from the ban.

Legault said a “large majority” of Quebecers are in favour of such a law and that he’s comfortable with his proposal, despite the criticism.

“I think what people want is that we settle this issue once and for all,” he said.

“I’m confident that people that are managing schools or municipalities, that at the end of the day they have to apply the law, like it was the case with Bill 101, like it’s the case with all laws that are democratically adopted at the National Assembly.”