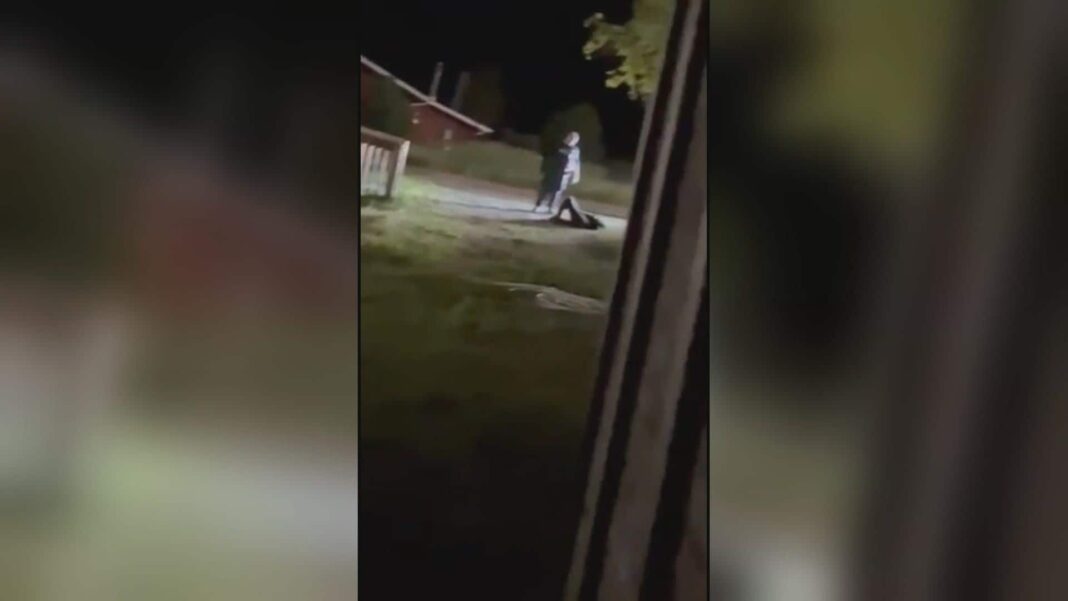 A non-First Nations officer with a First Nations-focused police force is under an Ontario Provincial Police investigation over an alleged assault that was caught on cellphone video, CBC News has learned.

The Ontario Provincial Police (OPP) confirmed to CBC News it was asked by the Nishnawbe Aski Police Service (NAPS) to investigate the alleged assault, which occurred in Slate Falls First Nation at the end of August. Slate Fall First Nations Chief Lorraine Crane said she was informed by NAPS leadership that the service asked the OPP to conduct the external probe.

The video of the alleged assault was upsetting to watch, Crane said.

“It really bothered me when they showed me the recording … It was really troublesome for me as a leader to see that.”

CBC News obtained three videos of the incident from the night of Aug. 30, which appear to show a NAPS officer pressing a 24 year-old man against the side of a police pick-up truck while trying to cuff him. The officer suddenly strikes the back of the man’s head, which appears to bounce off the side of the truck.

The man, James Masakeyash, then collapses face-down on the ground and remains still, according to the videos.

“He lined me up and hit me and put me on the ground. I don’t remember what happened after that,” said Masakeyash in an interview with CBC News. 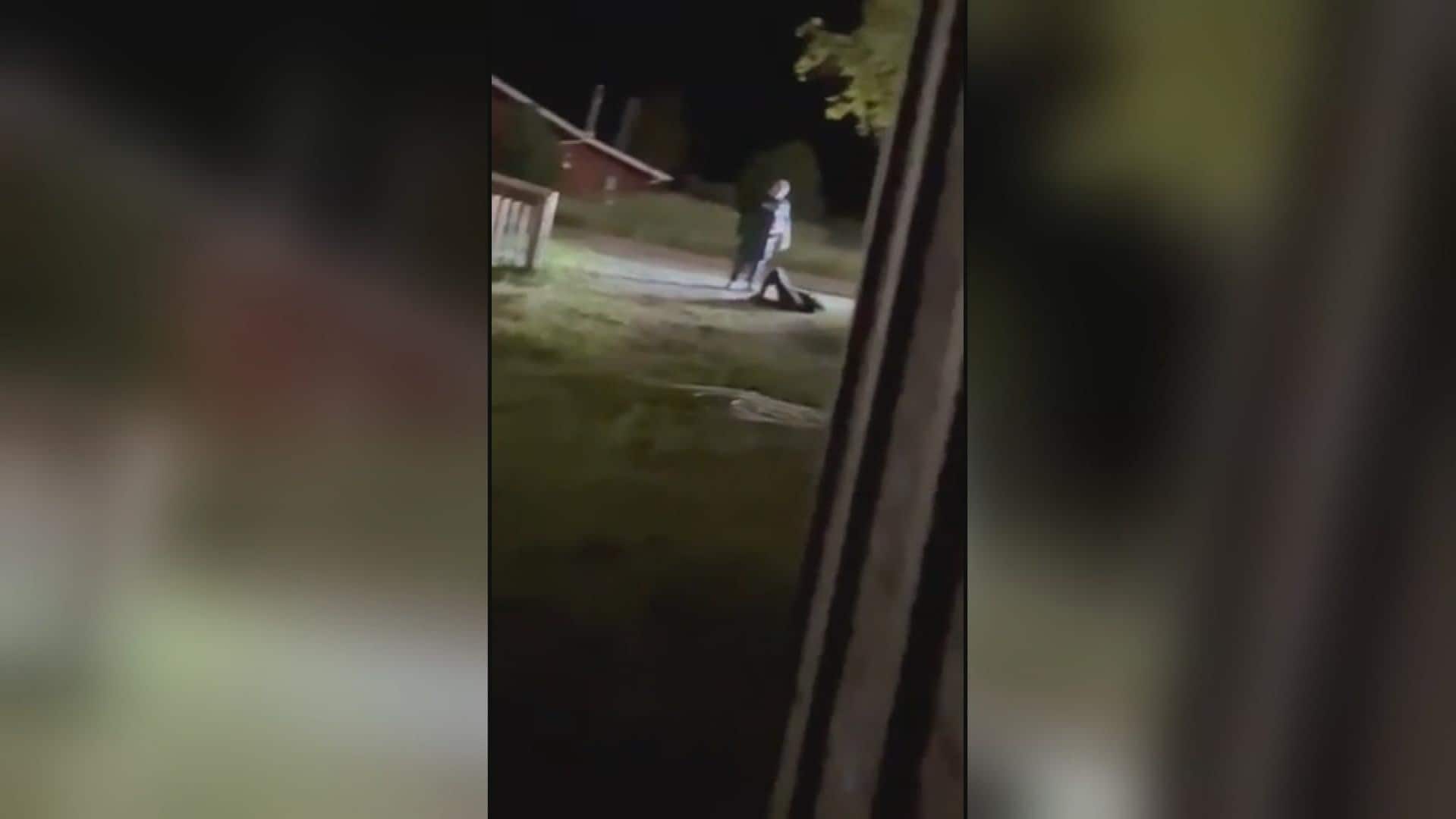 An officer with a First Nation-focused police force is under an Ontario Provincial Police investigation over an alleged assault that was caught on cellphone video. In the video filmed at Slate Falls First Nation, the officer is seen allegedly striking a man in the head.

Masakeyash said when he came to, it was morning and he was in a cell.

He’s coming forward with his story because he doesn’t want this to happen to anyone else, he said.

NAPS Police Chief Roland Morrison said he could not comment on the issue to avoid tainting the ongoing process.

“We are aware of the video, we have communicated with (the First Nation) leadership on how we will deal with it,” said Morrison.

Morrison said the officer is currently on a scheduled break and was not part of the regular contingent in the detachment at Slate Falls, an Ojibway community about 400 kilometres northeast of Kenora, Ont.

NAPS patrols 34 First Nations across northern Ontario — from the Manitoba border to the western James Bay coast. In 2020, the force had 203 officers, about 60 per cent of them Indigenous, according to the Canadian Press.

The three videos provided to CBC News run almost four minutes long together and were filmed by a close acquaintance of Masakeyash and his family. The first video begins with the officer, out of frame, yelling at Masakeyash, who appears intoxicated, to “get up,” that he “dealt with you last night” and that he would drag him by his ankles.

Masakeyash then falls, tripping over his pants, which were drooping down his legs. Masakeyash, who was not initially handcuffed, struggles to pull up his pants as the officer berates him, according to the video.

It ends with Masakeyash finally pulling himself up to his feet and stumbling forward toward the police pick-up truck idling with its headlights on.

The second video picks up with Masakeyash facing the side of the police truck with the officer behind him, trying to cuff him. The officer then strikes the back of Masakeyash’s head and then throws him, face down, to the ground.

The third video, which runs for 53 seconds, shows the officer handcuffing Masakeyash, who is lying on the ground and does not appear to move. It ends with the officer standing over the 24-year-old.

“You can see where he hits the truck and he’s thrown to the ground,” said Miriam Cook, Masakeyash’s sister, who is also a nurse and an entrepreneur.

“You can tell my brother was not resisting arrest … It upset me, I was very angry and hurt by watching the video.”

Cook said she brought Masakeyash to her home in Thunder Bay to take him to a doctor and monitor for any symptoms of a concussion. The officer should have been immediately suspended pending the outcome of an investigation, Cook added.

‘He had no reason to do that at all’

Adam Carpenter said Masakeyash was at his house that night and that his family called the police to make sure he got home safe. Carpenter said the usual NAPS officers in the community will help people get home without incident if they’ve had too much to drink.

“We called, we asked them to escort James home because he was intoxicated,” said Carpenter, 18.

“Usually the cops are friendly people who help us out. It wasn’t the case this time,” said Carpenter. “[The officer] was aggressive, he was really mean, yelling a lot that night.”

Ivan Cook, 64, Masakeyash’s adoptive father, said he spoke with the NAPS officer the following day and wrote down notes from the conversation. He said the officer claimed he struck Masakeyash because he had reached for his police gun — something not apparent in the video.

He said he told the officer that Masakeyash is not the type of person to become aggressive in those situations.

“I still feel kind of angry at that officer … I don’t think they are trained to do that … He had no reason to do that at all.”