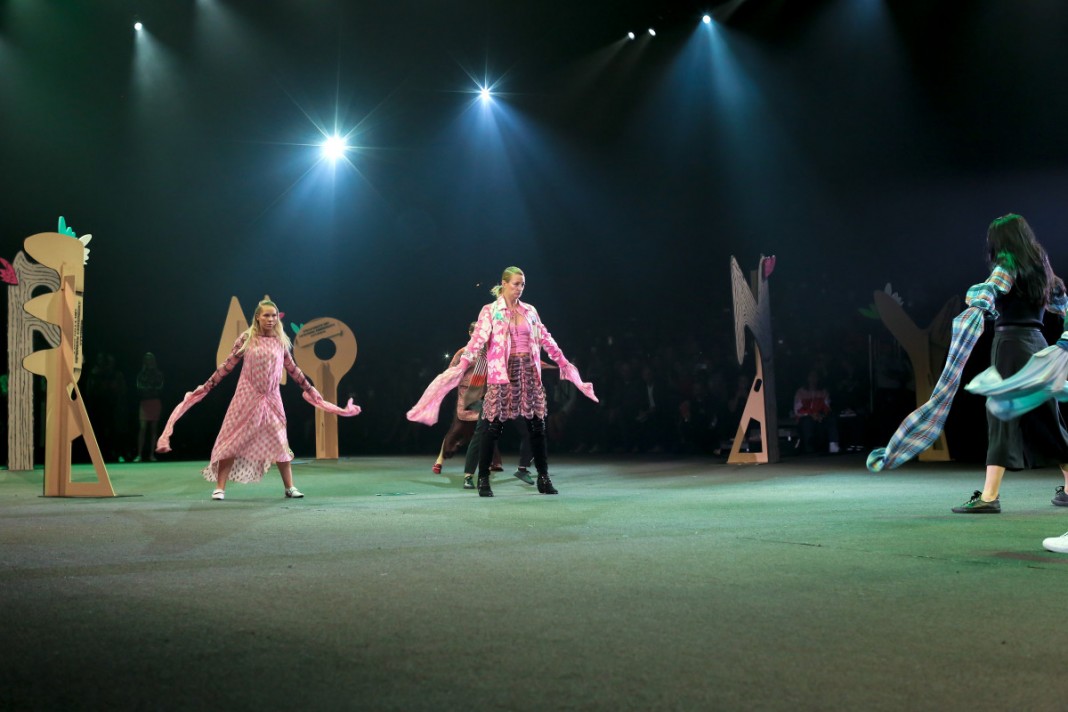 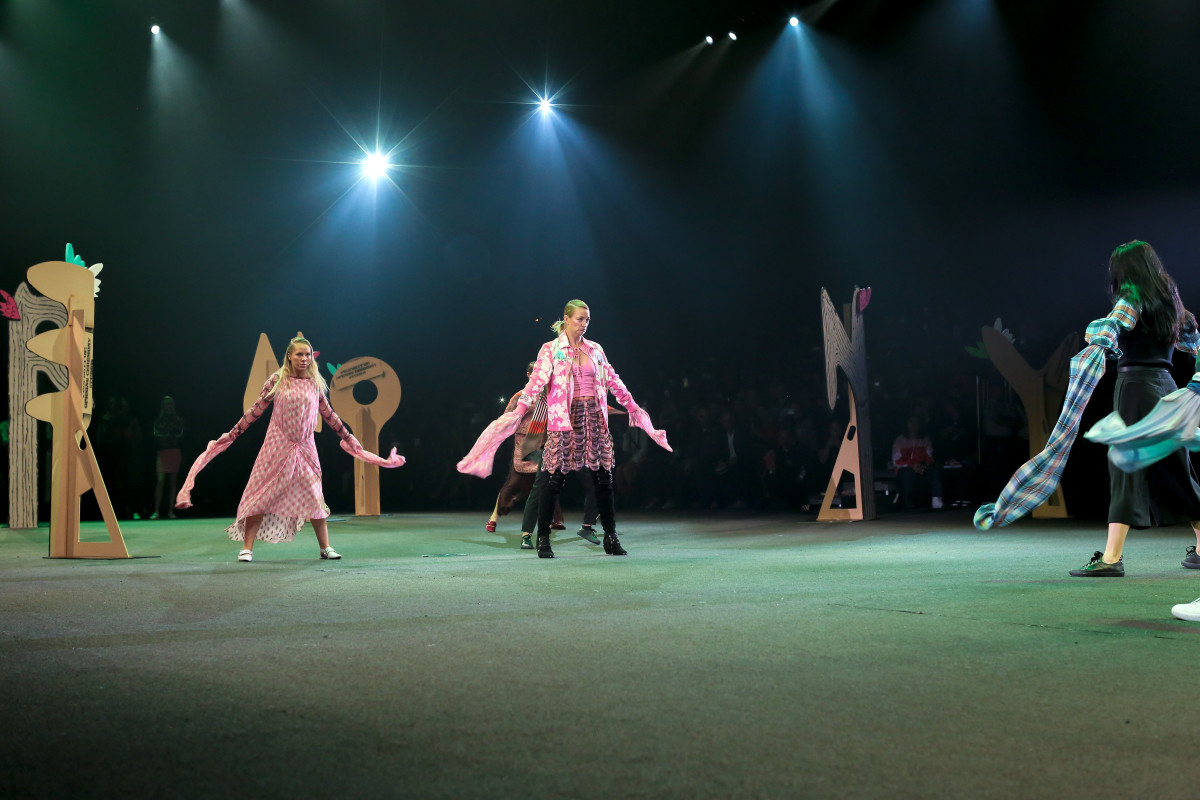 For the second time in 2017, Los Angeles has played host to multiple big-name runway shows within the same week. Following Thursday night’s Vegas-road-trip-inspired resort 2018 Moschino spectacle, Opening Ceremony‘s Carol Lim and Humberto Leon showcased a similarly Western-inspired fall 2017 collection (because what is the fashion calendar anymore) on Friday as part of Made LA.

The event marked New York-based Opening Ceremony’s first-ever LA runway show (though the brand has held several events here). It coincided with the 10th anniversary of its LA store, which opened five years after the original location in downtown New York. The brand was approached by Made to headline its second, open-to-consumers LA weekend event (Moschino did last year) but an Opening Ceremony LA show was all but inevitable. Not only is LA an undeniable hot spot for fashion brands right now, but Leon and Lim are also both from California and often make films and incorporate film-industry stars and cinematic elements into their varied creative projects for OC and Kenzo. “As teenagers in the Los Angeles suburbs, we always dreamed of exploring the world outside, beyond the malls and skate parks and cul-de-sacs, and the surrounding mountains, desert and beach,” read the show notes. “It’s only now, having done that, that we understand just how much Los Angeles influenced us.” 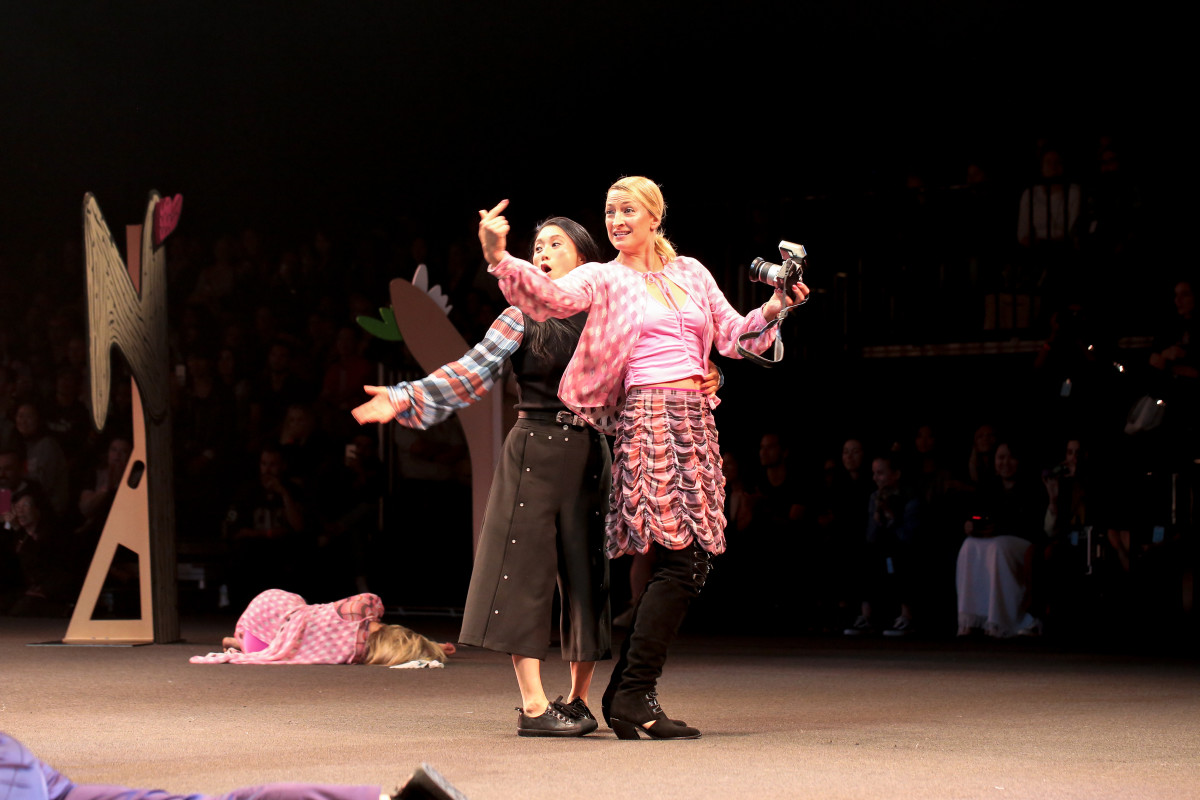 Friday’s show, titled “A Modern Western,” was no exception, though the presentation started out relatively run-of-the mill with what looked to be diverse, street-cast models weaving through an extra-wide “runway” filled with wooden letter signs spelling out the name of the brand. After the finale, two of the “models” — Zoe Bell, who is actually a Quentin Tarantino muse and was Uma Thurman’s stunt double in “Kill Bill,” and Li Jing, also a Hollywood martial-arts stunt expert — became suddenly entangled in choreographed physical fight with the rest of the models taking sides and participating in the brawl as well. In another twist, an opportunistic, long-haired photographer appeared and began taking photos of the women fighting, resulting in the women teaming up against the photographer, who was portraying street-style photographer and frequent OC collaborator Phil Oh. A live performance by musician, Wu Tang Clan founder, filmmaker and martial arts enthusiast RZA followed.

“This is our hometown and it was really exciting to invite our friends and family who’ve never really seen a show before,” explained Leon after the show, “We wanted to celebrate being in LA and what’s more LA than Hollywood, so we wanted to do something, we wanted some acting.” Choreography and rehearsals took almost four weeks, and the designers also wanted to incorporate a funny element, hence the Oh reference. “I called Phil and was like, ‘I want to have someone dress up as you and he was like, ‘Uh, cool.'”

As for the actual clothes, in addition to being easy to move and perform martial arts in, they were meant to reference southern California and general Southwest scenery: sunset hues seen in plaid chiffon, prints meant to resemble geological formations, a wavy sand-dune grain on a T-shirt, scorpion and tarantula motifs, cactus flower pinks. Always innovating, the designers also incorporated a capsule collection of “transformable” garments where cuffs, collars and sleeves can be removed and mixed and matched. Following OC’s recent shift to more-or-less see-now, buy-now, these clothes will hit stores in just a few days. 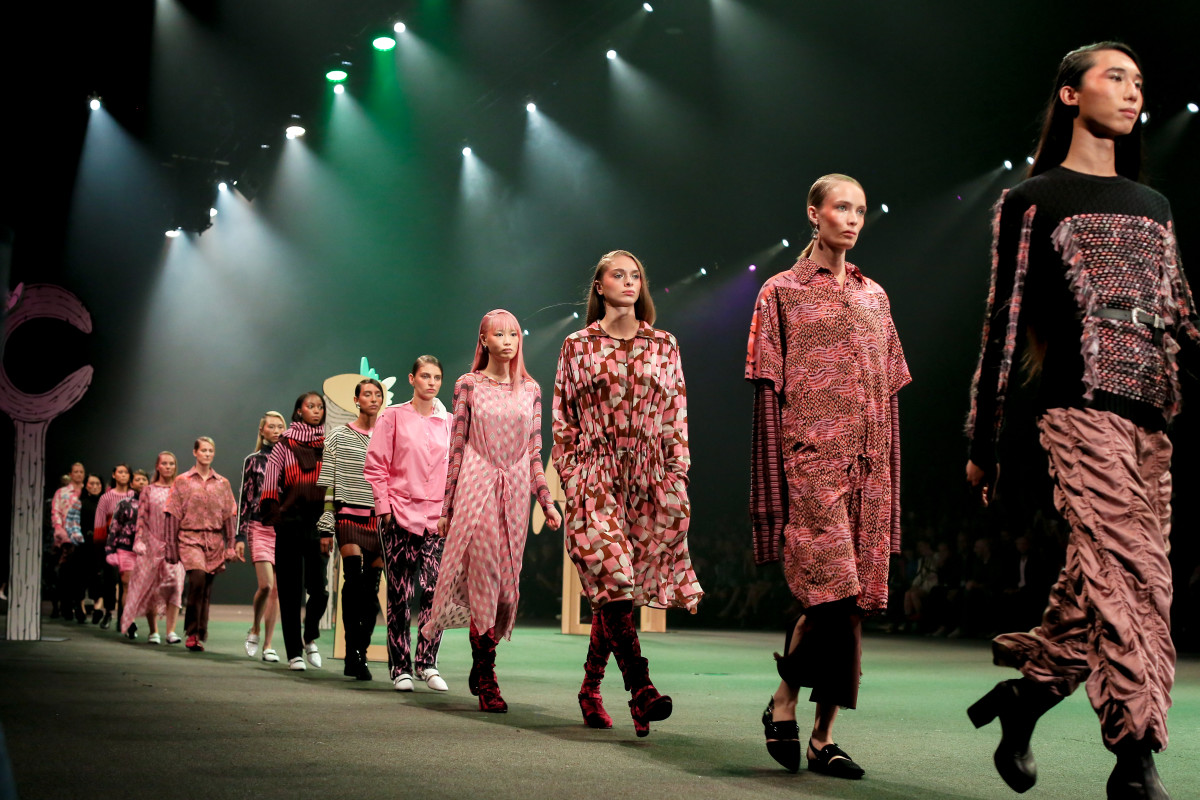 Opening Ceremony may be perceived as a quintessentially New York brand, but Leon doesn’t see a dramatic difference between he and Lim’s New York and LA customers, in part because many of them are the same people. “A lot of people that lived in New York when we first started now live in LA.” The mass exodus is real. “There’s less of this, ‘California is only hot and New York is cold.’ We don’t live in that kind of world anymore. The customer’s pretty similar. Everyone travels.”

Leon and Lim have never been ones to accept standard industry tropes and are becoming known for their disruptive projects — collaborating on and inviting editors to a ballet performance instead of doing a New York Fashion Week show, for instance — which seems to be working. Asked how they’re navigating the current fickle retail landscape, Leon said, “I think everyone just has to do things on their own and do things their own way and we’ve definitely just kind of erased any formulas of any sort and just said, we’re going to go our own way and I think that’s what’s been working.”

Browse images from “A Modern Western” below.