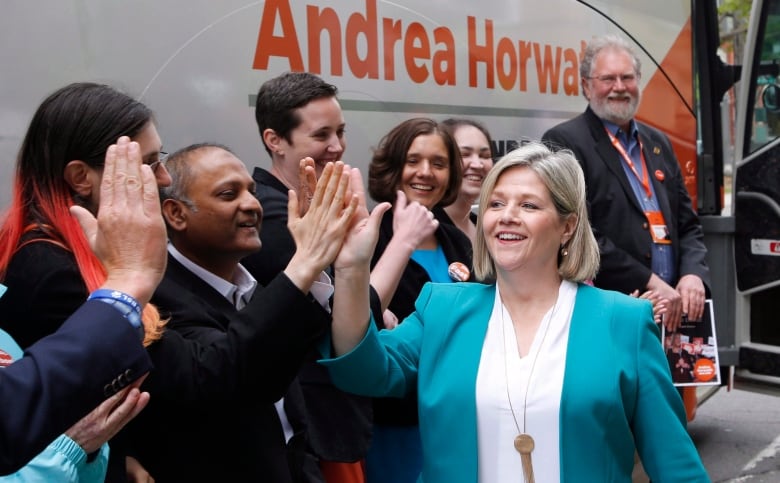 Ontario’s fixed-date election law sets voting day as June 2, 2022, and the formal start of the campaign period as next May 4.

Although a year may seem like a long time — and although a federal election may be called before Ontario votes — all of the provincial parties are working steadily on preparing for the campaign. They’re nominating candidates, sketching out strategies, building their election platforms and raising money, all under the constraints of the COVID-19 pandemic.

How strongly the pandemic will play into Ontario voters’ decisions a year from now is one of the great unknowns for the parties.

Successive polls in the past month show growing dissatisfaction with how Premier Doug Ford and his Progressive Conservative government are handling the province’s response to COVID-19.

Yet there’s no guarantee that this dissatisfaction will last until June 2022, much less bring about a PC election loss. Still, recent sharp shifts in Ford’s approach, including his U-turn on paid sick days, suggest his strategists are worried that public opinion could harden against him.

“They should be quite concerned because what’s been impacted are underlying feelings about the premier and the government,” said Greg Lyle, president of Innovative Research Group, a national firm specializing in opinion research.

“Public opinion is anchored by underlying feelings,” Lyle said in an interview.

His firm has long tracked how closely Ontarians are following provincial politics, and his research shows near-record levels of awareness for a between-elections period.

Because people are paying close attention to Ford’s handling of the pandemic, Lyle argues that underlying feelings that develop now have the potential to stick and ultimately matter in the next election.

<a href=”https://twitter.com/hashtag/DougFord?src=hash&amp;ref_src=twsrc%5Etfw”>#DougFord</a> still faces significant challenges as 69% agree the gov’t was warned in Feb that cases could skyrocket without strong action and 57% agree that Ontario’s decision to loosen restrictions is directly responsible for the recent spike in cases. <a href=”https://t.co/QPMxHuc8iY”>pic.twitter.com/QPMxHuc8iY</a>

Innovative Research Group’s latest polling found a significant majority of respondents blaming the Ford government for the third wave of COVID-19. Ford is trying to shift that blame to Prime Minister Justin Trudeau and the federal government.

During a news conference on Friday, Ford repeatedly pushed a narrative that COVID-19 cases coming from other countries are driving the third wave. The variant of COVID-19 that’s currently dominant in Ontario (B117, first identified in the U.K.) has been spreading within the province since January, and Ford’s government loosened public health restrictions in February.

“The variants within the workplace are coming from the borders,” Ford told the news conference.

“Not enough is being done to keep these deadly variants out of Canada,” he added. “If the borders were safe, the system would be working.”

When a reporter asked Ford what he will do to win over voters dissatisfied by his handling of the pandemic, he replied: “Continue working hard, making sure that I do my job to make sure these variants don’t come in through the border.”

Data from Ontario’s Ministry of Health shows that only one per cent of new COVID-19 infections reported in April were a result of travel.

“Showing that he understands the mistakes that he’s made and showing a willingness to correct them will be really key for him in order to move forward,” Lyle said. “Once he can get out of the pandemic and he moves on to economic recovery, he’s positioned to do a lot better.”

To know how difficult it can be to change public opinion once it turns against you, just ask Kathleen Wynne. The former premier’s approval rating sunk to a record low of 12 per cent in the spring of 2017 and she never really recovered, ultimately leading the Ontario Liberals to their worst-ever election result in 2018.

Ford’s current approval ratings are nowhere near as low as Wynne’s were one year before that election.

David Coletto, chief executive of polling firm Abacus Data, says while Ford’s numbers have sunk significantly as the third wave of COVID-19 hit Ontario, he’s not convinced that this will translate into a collapse of PC support at the ballot box next year.

“Right now, most people are judging their assessments of Mr. Ford and the government almost entirely through the lens of the pandemic,” Coletto said. “As long as people aren’t feeling that he completely failed in his response to the pandemic, I still think Mr. Ford has an advantage [over the other party leaders].”

Coletto’s polling suggests that the anti-Ford vote is splintered among New Democrats and Liberals, with the Green Party seizing a few percentage points as well. It means NDP Leader Andrea Horwath and Liberal Leader Steven Del Duca, who currently doesn’t have a seat in the legislature, face a battle to position themselves as the chief alternative to Ford.

“For either of them, the only path to winning an election requires some consolidation among those who say they don’t want Doug Ford to be the premier,” Coletto said.

Ontario elections are won and lost in cities and towns with a 905 area code — part of a ring of regions around Toronto that account for one-quarter of the province’s ridings.

Lyle said he believes Ford’s path to victory lies with middle-class voters in the 905 who have mortgages, kids and jobs and feel they are struggling to get ahead. The Tories’ chief challenge will be persuading that demographic that Ford offers the best hope for making their lives better.

His party took all but four seats in the 905 in the last election. There simply aren’t enough seats in play elsewhere in the province for the other parties to beat the PCs without chipping away at their stranglehold on the 905.

There’s been no recent polling released publicly showing the PCs trailing in the 905 by any significant margin.

The party’s campaign will be managed by Kory Teneycke, chief architect of Ford’s election victory in 2018 and communications director for former prime minister Stephen Harper.

Green Party Leader Mike Schreiner will for the first time be contesting an election as an incumbent MPP. He won the party’s first-ever seat in 2018, in his riding of Guelph. None of his party’s 123 other candidates placed second in their races in 2018, and two candidates came third.