Ontario woman, 84, with valid driver’s licence told she was too old to rent a minivan 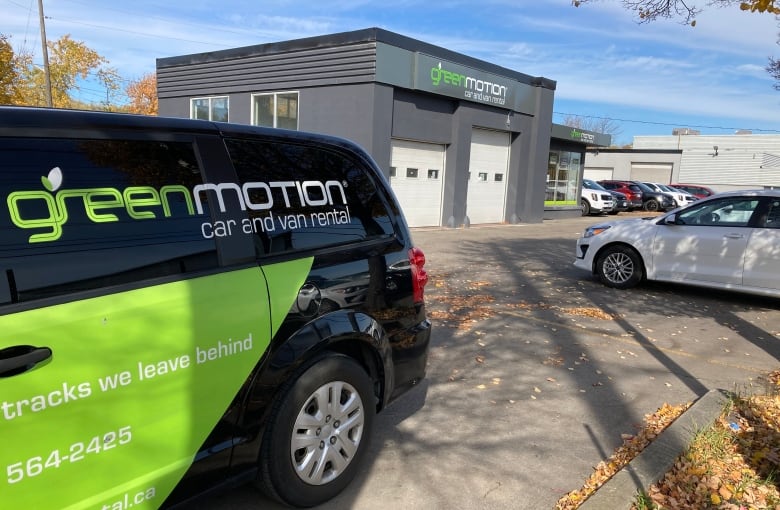 The 84-year-old lives with her two adult foster sons, who have special needs, in Barrie, Ont., and routinely drives the pair to their weekly activities.

So Schlarb was shocked when staff at Green Motion — a car rental franchise in Mississauga — told her she couldn’t rent and drive a minivan she was picking up from the company because she was too old.

Schlarb was trying to rent the minivan so she and several family members could carpool to New Brunswick to visit her daughter and son-in-law in August. She and her granddaughter, Alisha Geniole, were planning to share the driving duties.

Instead, they ended up taking two vehicles and both Schlarb and Geniole drove the whole way.

‘Don’t judge people by their age’

“I wish I could have gone back [to Green Motion] afterwards and said that I did drive — the 1,300 kilometres — all the way there and all the way back,” said Schlarb.

The U.K.-based rental car company has franchises worldwide, including two Canadian locations in Mississauga, west of Toronto. Green Motion’s terms and conditions for drivers in Canada include a minimum age of 23 and a maximum age of 80.

While many major vehicle rental companies in Canada have minimum age requirements, Green Motion was the only company CBC Toronto could find whose policy lists a maximum age for drivers across the country.

In a statement, Green Motion International said the restrictions are often in place because of the demands “placed on the given rental operation” by its insurance company. It also says it lets local franchises govern the policy so that it “meets with/supports local legislation.”

In a separate statement, the owner of the franchise Schlarb dealt with didn’t specifically address the age policy.

“We review and update all company policies on a regular basis, including customer service policies,” said Mike Hashemi. “We are always looking for improvements that can provide our clients the highest level of service.”

‘I would be furious’

“If it’s the case that a car rental agency is able to obtain insurance for the older driver, but simply as a matter of company policy decides that they’re not renting to older drivers because they don’t want to do that, then that would surely be a violation,” said Graham Webb, the executive director of the Toronto-based Advocacy Centre for the Elderly

Webb says he’s never run across this problem before in his 27 years of practising elder law.

“Most of the car rental agencies, in fact all of the others that we’ve seen, are able to obtain insurance for drivers over age 80,” said Webb. “It surely makes one wonder why one particular car rental agency is denying rentals to older drivers.”

The chief operating and policy officer for the retiree advocacy group CARP says ageism like this shouldn’t be allowed.

“If I was denied a rental car I would be furious,” said Bill VanGorder. “Does this company really want to be known as one who profiles and acts inappropriately toward older Canadians?”

On the other end of the spectrum, a class-action lawsuit was certified this spring in Quebec on behalf of young drivers. Members include any Quebecers under the age of 25 who’ve entered a vehicle rental contract or been refused such a contract by many of the major companies in Canada, including Enterprise, Budget and Hertz since August 2016. The class action is looking at whether being charged more or denied rental contracts based on age is discriminatory under the Charter of Rights and Freedoms and whether it amounts to consumer exploitation under the Consumer Protection Act.

Schlarb and her granddaughter, who was allowed to drive the minivan for an additional fee, had it for a day, then changed their plans and cancelled the rental. Geniole says Green Motion staff told them they wouldn’t be charged for the full booking, but later the $3,400 fee for the 11-day rental showed up on Schlarb’s credit card bill.

“It was unbelievable,” said Geniole. “Why not just charge us the 24 hours  … and then just carry on?”

Schlarb’s daughter Evelyn Sheppard — who they were going to visit — says she tried for months to get a refund through the third-party booking agency, Priceline, Green Motion and the credit card company.

After CBC Toronto contacted Priceline and Green Motion, the companies said a refund would be issued to Schlarb’s credit card, though Priceline noted the reservation had been non-refundable.

“I hope it’ll never happen to anybody else,” she said.