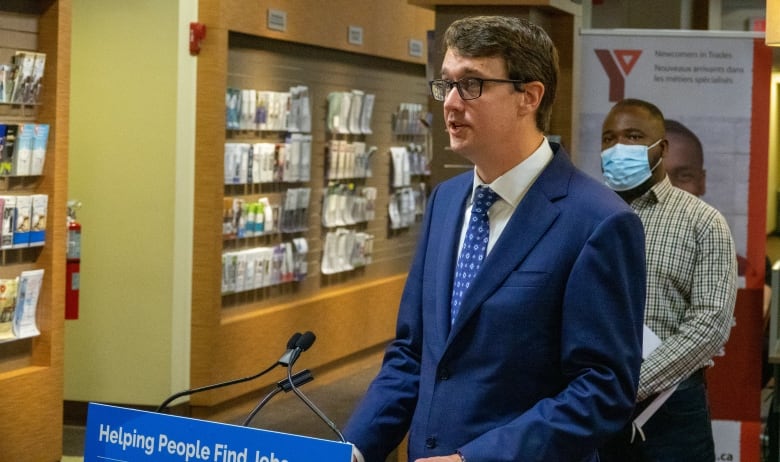 The Ontario government is set to bring in the province’s strictest-ever rules for companies that recruit temporary workers, including a system for shutting down temp agencies that exploit staff, CBC News has learned.

Senior officials with the Ministry of Labour say the plans include mandatory licensing for temporary help agencies, giving the province the power to stop firms from operating if they violate employment standards.

The government will also create a dedicated team of inspectors to root out illegal treatment of workers and recover unpaid wages.

The announcement, to be made Monday morning, will be the first in a series of employment-related measures from the Ford government. Minister of Labour, Training and Skills Development Monte McNaughton describes the moves as “rebalancing the scales” between vulnerable workers and big business.

“We’re going to shine the light on these bad actors in the industry, these temporary help agencies and recruiters that aren’t playing by the rules,” McNaughton told CBC News in an interview ahead of his announcement.

The changes will be part of upcoming legislation that will make Ontario’s protection of temp workers the strongest in Canada, he said.

McNaughton said he particularly wants to stop firms that exploit temporary foreign workers by withholding their passports or paying them less than minimum wage.

“This is modern-day slavery, it’s unacceptable,” he said, promising “to really stand up for those women, immigrants, racialized communities, those from low-income communities and those workers that are being impacted by these unscrupulous things that are happening.”

More than 2,000 temporary help agencies in Ontario place hundreds of thousands of workers in seasonal and short-term employment each year, in sectors ranging from tourism to office work to agriculture.

Some temp firms — including some who recruit temporary foreign workers — have been caught failing to comply with Ontario employment law on paying workers minimum wage, overtime and vacation pay.

The measures to be unveiled by McNaughton on Monday include:

The licensing requirement would take effect in 2023. McNaughton said the system will prevent companies that don’t follow the rules from undercutting the ones that do.

Government officials say the measures will allow the province to levy penalties on recruitment firms that bring workers to Ontario, regardless of the jurisdiction where they are based.

Temporary help agencies employed about 128,000 full-time workers in Ontario in 2019, according to the Workplace Safety and Insurance Board.

The boom in the use of temp agencies across the country can be seen in figures from Statistics Canada, which show a 34 per cent jump in their revenue in the four years between 2015 and 2019.

The new rules for temp agencies are just some of the worker-protection measures coming soon from the Progressive Conservative government, McNaughton signalled at a major labour union gathering last week.

“We’ll be bringing forward legislation this month focused on protecting all workers, because enough is enough and we can do better,” he said during a speech to the annual general meeting of the Provincial Building and Construction Trades Council, an umbrella group of unions.

“We’re going to be rebalancing the scales,” McNaughton added in the speech.

“Tip them back to workers,” he clarified in an interview. “I think the pandemic has really highlighted how these big multibillion-dollar corporations, these elites, have taken advantage of people, and we need to ensure that we have a society where workers are protected.”

The moves could be seen as an attempt by the province to change the perception that it favours business owners over working people.

Premier Doug Ford came to power in 2018 on a promise to make Ontario “open for business” by eliminating what he referred to as red tape and stifling regulations — measures that labour advocates considered to be crucial protections for workers.

One of his government’s first major moves was a sweeping rollback of labour reforms brought in by the former Liberal government of Kathleen Wynne.

Those reforms gave all Ontario workers a minimum of two paid sick days, forced employers to pay part-time and casual staff at the same rate as full-time workers and made it easier for employees in some sectors to join unions.

Under intense lobbying by the business community, the Progressive Conservatives scrapped the protections.