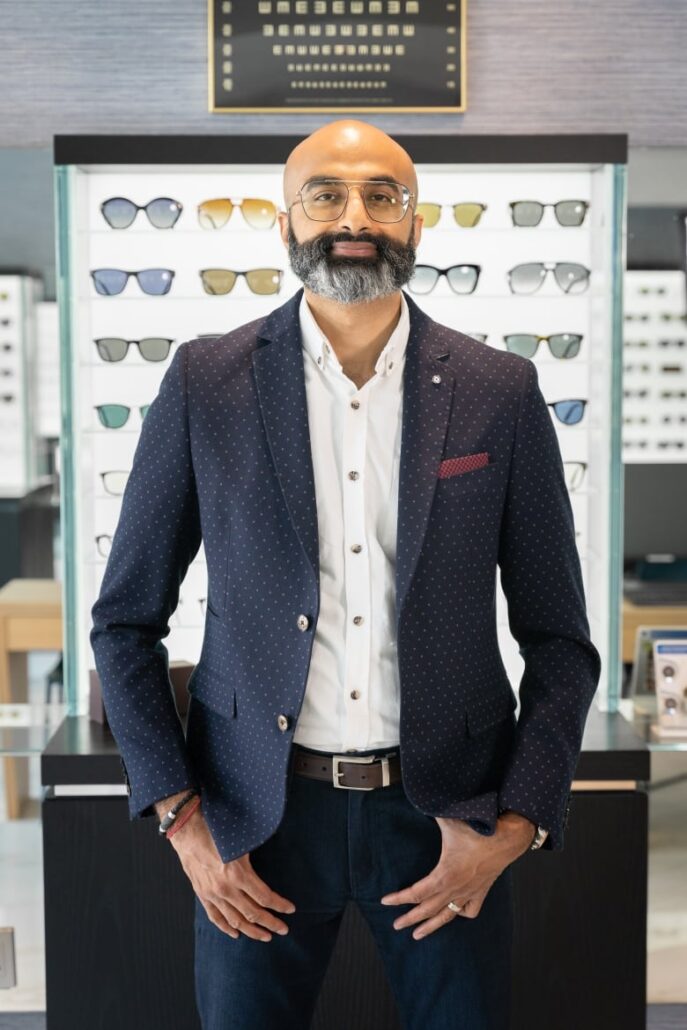 One step remains: an optometrist must examine her eyes to determine her new prescription for trifocal lenses so she can properly see.

The problem is her appointment was cancelled.

As of Sept. 1, 98 per cent of optometrists are withholding their services from the 2.9 million patients covered for eye care under the Ontario Health Insurance Plan (OHIP), including kids under 19, people over 65 and those with certain eye conditions, like Adams.

The Ontario Association of Optometrists (OAO) has recommended its members withdraw the service to put pressure on the province to hike the amount it pays per examination. But almost a month in, the two parties remain at a standstill with no end in sight.

Adams, 38,  who lives in the Durham Region and is a school board social worker, is now left with throbbing headaches as she strains to see and work. Before the retinal and lens replacement surgeries, she said she was considered legally blind and wore a prescription of negative 32. Now she needs one for about negative six.

“My vision has changed a million times in the last five months, with every surgery, so my brain is very confused as to how to operate my eyes,” said Adams.

“Not being able to go there and get a full exam and check-up is really detrimental to my health and vision.”

She said she cycles through half a dozen pairs of glasses of varying strengths she’s accumulated between surgeries. She wears different ones depending on the task at hand, whether it be working at her computer, writing a note or driving. The trifocal lenses would combine them all into one so she can see properly all the time, she said.

Even though she has vision coverage through her work benefits, she’s not allowed to use it or pay out of pocket. In Ontario, health professionals ,including optometrists, are prohibited from charging OHIP patients for services covered by the province, the Ministry of Health confirmed.

But Adams said she still supports her optometrist participating in the job action and believes the province needs to step up.

At the centre of the dispute is how much optometrists should be reimbursed by the province for OHIP patient care. Right now, the province pays on average $44.65 per exam, which optometrists say has increased by only $5 over the last 30 years and covers about half the actual cost.

It’s also the lowest rate in the country, said OAO member and Toronto optometrist Ritesh Patel. The next lowest reimbursement rate is Manitoba’s at $77 and the highest is Alberta’s at $137.

“Anything less than that is quite frankly unfair and not realistic for the long-term,” Patel said. “What we’re looking for is for the government to understand and recognize that we’ve basically been funding the system for over 32 years.”

The Ministry of Health will increase OHIP payments by eight per cent (about $4 more per exam) retroactive to April and provide a one-time payment of $39 million, a “fair and reasonable proposal,” said spokesperson David Jensen. IThe ministry is now waiting for the OAO to return to the table.

“Our government has made every effort possible to lay the foundation for a long-term relationship with the Ontario Association of Optometrists,” said Jensen.

What the province offered is simply not good enough, said Patel, calling the one-time payment “a bribe” that would equal just over $1 per person for every exam done in the last 10 years and doesn’t address the problem long-term.

When asked about how patients are supposed to cope, Patel said that’s the real struggle optometrists are facing, having to turn down an estimated 15,000 people each day on average across Ontario. But he said it’s the province that’s allowing this “collateral damage” to occur.

“They’re going to give the impression as if it’s greedy optometrists looking for more money,” he said. “But at the same time, anybody can agree that if you haven’t had a raise in basically 32 years — that’s pretty absurd.”

If optometrists withhold care for a patient, they are expected to write referrals for treatment elsewhere, said Jensen. The health ministry has written to the College of Optometrists of Ontario “to stress the importance of ensuring that during any job action its members conduct themselves appropriately in accordance with the College’s policies and guidelines.”

“The College has assured us that they remain focused on its mandate to protect the public and will be ready to receive and investigate any complaints if an issue should arise,” Jensen said.

The job action is not only affecting Adams, but also her 68-year-old mother Marie Gage who has glaucoma and myopic degeneration that’s caused vision loss in her left eye and is supposed to be routinely monitored by her optometrist, with her next appointment later this fall.

Gage said she’s afraid she’ll experience permanent vision loss if her care is delayed. She’s seen the impact first hand, when her grandfather was diagnosed with glaucoma and without modern treatments, went blind at the age of 50.

“If vision is interfered with or permanently gone, suddenly you’re much more dependent and thus there’s other costs that society bears for that dependence,” Gage said. “So, it seems to be a proactive need that we have to value.”

Adams’s nine-year-old son is also due for his annual eye exam, which she said was cancelled.

“With our family history of eye disease, it’s very scary to not have him getting his regular check ups,” Adams said.

“My biggest worry is how long will this go on for and how many undiagnosed eye diseases will happen. If people don’t get proper care for their eyes, that can lead to significant vision loss.”