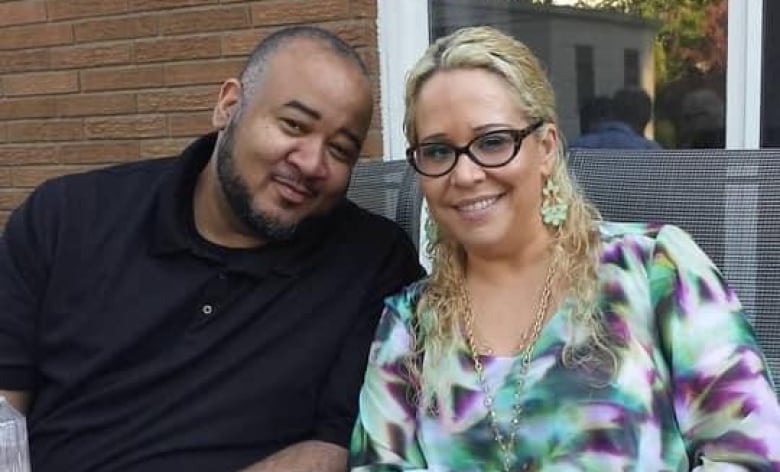 Following his COVID-19 diagnosis in late March, Torry spent a total of seven weeks in the intensive care unit, eight weeks in hospital and an additional eight weeks rehabbing at Windsor Regional Hospital.

But Friday, he was finally given the green light to go home. Neighbours, friends and family members cheered for him and his wife as they approached their front door around 5 p.m. ET.

Torry first began developing symptoms on March 25, according to Heidi. At the time, he simply had a fever and a scratchy throat. But shortly after getting tested for COVID-19, his body was aching, he had a fever and heaviness in his chest, she said.

After being transported to hospital, Torry spent four days on the respiratory floor of Windsor Regional Hospital before being moved to the intensive care unit because he needed to receive oxygen through a ventilator. A few days later, Torry received dialysis for kidney failure.

In mid-July, he started a rehab program.

In an interview Friday with CBC News, the 45-year-old — who works as an ICU, ER and interventional radiology nurse at Sinai-Grace Hospital in Detroit, Mich. — wasn’t able to speak too much following months of the disease taking a toll on him.

Heidi said her husband still has more progress to make, but being able to have at home again is “thrilling.”

“He still has a lot of work to do and recovery and outpatient therapy and things of that nature, but he’s come so far from where he was at one point,” she said. “He’s my better half … He needs me. I need him.”

WATCH | The Robertsons explain what it means for Torry return home:

Six months after testing positive for COVID-19, Torry Robertson’s voice was too weak to explain what made him most excited about finally going home. With assistance from his wife Heidi, Torry says he can’t wait to see his friends and family at home once again. 0:45

Reflecting on their harrowing journey, Heidi said their main message for people is that they don’t wish this on anyone else and hope others take COVID-19 seriously.

“It’s not a hoax. It’s not an ulterior motive by anybody else. It’s coronavirus. It’s a real virus,” she said.

“You don’t know how it’s going to affect you. Even though, for most people, it’s a mild case or people think it won’t happen to them, but you don’t know until you get the virus. So, it’s just better to be safe than sorry.”

“I am overjoyed. I’m overwhelmed. I’m so grateful to God because many, many people across Canada and across the world even have been praying for the healing of his body,” said Lindstone.

“We want to thank the health-care workers in Windsor-Essex, everyone who has done such an amazing job to bring this miracle to fruition. Tory was on the brink of death and we’re so grateful that through the health-care system and the prayers of many, many people that Torry is able to be coming home today.”