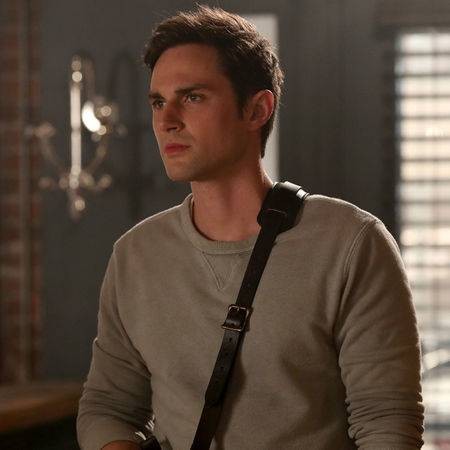 We knew Wish Rumple wouldn’t be easily defeated, but we had no idea it would be this intense.

In the first part of Once Upon a Time‘s two-part series finale, our Hyperion Heights heroes, finally woke to their true identities, were forced into action once Wish Rumple (Robert Carlyle, clearly relishing playing the glittery trickster for the last time) popped up, demanding daggers and deals.

But the bigger surprise came once Henry (Andrew J. West), Regina (Lana Parrilla), Hook (Colin O’Donoghue), and Gold followed Rumple into the Wish Realm to rescue Ella (Dania Ramirez) and Lucy (Alison Fernandez) from their snow globe prison, where, after running into Cruella De Vil (Victoria Smurfit), Peter Pan (Robbie Kay) and Ariel (JoAnna Garcia Swisher), they learned that Wish Rumple was working with none other than Wish Henry (still young and in the form of Jared Gilmore).

Remember last season when Wish Henry was revealed to be something of a villain? Well, he still is. And after Rumple tricked our Henry into retrieving the author’s pen, he used it to make the Guardian’s powers non-existent, meaning that Gold will never get back to Belle (Emilie De Ravin) or get his happy ending. It turns out the seer’s prophesy for Gold all those years ago—”The boy will be your undoing”—was true after all. Damn.

However, not all hope is lost. After Wish Rumple banishes Hook, Gold and Henry to the same prison as Ella and Lucy, while leaving Regina to Wish Henry for the kid to exact his revenge, Alice (Rose Reynolds) sensed something was wrong all the way back in Hyperion Heights, leading her and Robin (Tiera Skovbye) to find a way to rescue them. But they had a stop to make on the way. You guessed it: Storybrooke.

Now we must wait a week before we can see Snow (Ginnifer Goodwin), Charming (Josh Dallas), Emma (Jennifer Morrison) and the rest of our Storybrooke faves join forces with the Hyperion Heights crew to stop Wish Rumple once and for all. And after that, it’s all over. Will everyone get their “happily ever after”? Stay tuned.