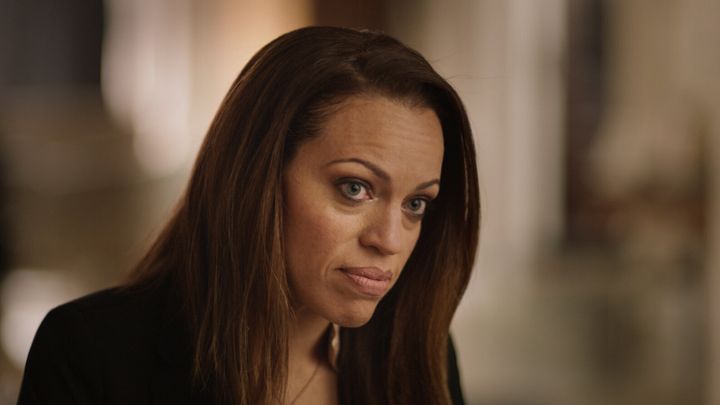 Black Rape Survivors, There are a series of scenes in the documentary “On The Record” that are nearly impossible to shake. In one, Drew Dixon, a former Def Jam A&R executive who says that Russell Simmons violently raped her in his apartment in 1995, contemplates whether to go on the record with her accusations for a 2017 New York Times article. Even though she walked away from the music industry because of the trauma she faced from Simmons, the idea of speaking out against the “king of hip-hop” weighed heavily on her soul.

Looking at how Anita Hill and Desiree Washington, a beauty queen who accused Mike Tyson of rape in 1991, were horribly treated by Black people, Dixon was terrified that the culture she loved would turn on her as they did on them.

“The Black community will hate my guts,” Dixon, 48, said in the film directed by Amy Ziering and Kirby Dick. “I’m going to add fuel to the myth of the sexually aggressive Black man? I don’t want to let the culture down. I love the culture. I loved Russell too. I wanted him to be a hero too.”

Twenty women have publicly accused Simmons, 62, of sexual assault. He has repeatedly denied all allegations.

Many survivors — regardless of race — who come forward with these types of accusations against powerful, wealthy and influential men universally face similar pressures: shame, fear of retribution, harassment, and sadly, not being believed. But by centering on Dixon, along with journalist and activist Sil Lai Abrams, hip-hop pioneer Sherri Hines and Oscar-nominated screenwriter Jenny Lumet, ”On The Record” brilliantly highlights that Black women attaching their names to their stories brings about different and distinct pressures that white women will never face.

In a world where #BlackLivesMatter and #MeToo collide, and you clearly have a stake in both, do you choose your race before gender? Most importantly, can Black women reclaim a movement that was started by Black activist Tarana Burke and later appropriated by high-profile white women?

While it was clear that Dixon needed to “do this because Black women are not expendable,” she’s very clear in the documentary that for her to go on record for the Times, the other women couldn’t be white.

“I had to step forward, because we were being erased and we exist. So the only way to center Black women [in the #MeToo Movement] was to be in the conversation,” she stressed. “My moment of truth had arrived.”

In “On The Record,” the telling of these women’s truths, even outside of their alleged attacks, is extremely haunting.

In the same New York Times article where she accused Simmons of rape, Dixon said that music executive L.A. Reid sexually harassed her and torpedoed her career for rejecting his advances. Reid has denied Dixon’s claims, but told the Times in 2017, “If I have ever said anything capable of being misinterpreted, I apologize unreservedly.”

After leaving the music industry, Dixon earned an MBA from Harvard, got married and had two children. But her life was still fractured, she said.

“The loss of my career was devastating,” she told HuffPost. “My son is 15, and when we go into Urban Outfitters or some store, the songs I produced will come on, and I used to tell them, ‘Mommy made that.’ But I have nothing to show for it now. Nothing.”

Abrams, 49, who came forward in 2018 in The Hollywood Reporter to accuse Simmons of raping her in his apartment after the two met for drinks in 1994, quickly internalized the assault, recounting in the documentary how she came home afterward filled with so much “self-loathing” and “rage,” that she swallowed 18 prescription sleeping pills. She kissed her young son goodbye, telling him that his mother was a “failure” and a “fuck toy for men of power.”

Hines, a co-founder of the first female hip-hop group Mercedes Ladies, shared that in 1983, Simmons, a promoter for Kurtis Blow at the time, wanted to show her his new office. Hines said he held her down and raped her on his couch. She said her abusive childhood and the mantra that “bad things happen in the hood” played a role in suppressing her trauma.

“My grandmother and mom brought us up to believe your Black men are being beat down, so even if you are raped, you don’t say anything. You don’t snitch, that was the rule, you don’t take down your kind and if bad things happen, they happen,” Hines, 57, told HuffPost.

“My mother would beat me and say, ‘You better not cry,’ and so I learned to feel nothing, to show nothing,” she said. “I was always ‘fine.’ But I wasn’t. It’s that inherited trauma. I took that with me as an adult.”

Throughout the film, there are also snippets of other women who briefly describe the devastation that being allegedly raped by Simmons brought into their lives. One particularly poignant moment is when Kierna Mayo, the former editor-in-chief of Ebony Magazine, who was behind the riveting and controversial 2015 magazine cover that showed shattered glass over the cast of “The Cosby Show,” unexpectedly says on-camera that she had been assaulted by Simmons.

When describing the “devastating” reaction to reading the Times piece about Dixon, in tears, she says, “[Reading the article], I was shaking for days. Every Russell story is personal and hard … I was a 22-year-old woman alone with Russell in the early ’90s, and so I know exactly what is possible.”

This is why ”On the Record” matters. By speaking their truth to power, the film’s subjects are pushing back on the notion that Black women can’t be victims (an idea that slavery and white supremacy has robbed them of). But as I wrote in The New York Times, Black women are not “the indestructible superheroes or the submissive mules the world wants us to be.” To think these voices might have been silenced, again.

It’s not a secret that two weeks before the premiere of “On the Record” at Sundance, the documentary’s biggest cheerleader and then-executive producer Oprah Winfrey backed away from the film, citing that it felt rushed and needed “more work” to better illuminate the other survivors’ stories. She also leaned on Oscar-nominated filmmaker Ava DuVernay for advice, who had concerns that Ziering and Dick, both white, hadn’t done an adequate job handling the nuances and complexities of explaining hip-hop culture. With the media mogul stepping away, it meant “On the Record,” which was slated to debut on Apple+ as part of the media mogul’s production deal with them, didn’t have a home.

For Abrams, this came as a major blow. In April 2018, after months of working on a story about her sexual assault allegations against Simmons and TV host AJ Calloway with Joy Ann Reid for MSNBC, the piece was killed for similar reasons.

“My story shows how challenging it is for Black women to navigate white media spaces and the gatekeepers with our stories. When everything [with Oprah] went down right before Sundance, I was like ’What the hell? Why can’t I catch a break?” Abrams told HuffPost. “But I had to realize that in all of these situations, I am not the problem. The system is the problem.”

Abrams added that coming forward with her story hasn’t always added to her life; often it has taken away from it.

“I didn’t choose this as a calculated effort to elevate myself but an intentional decision to meet other survivors who had been assaulted by the same perpetrator,” Abrams said. “Prior to coming forward and naming Russell, I had been doing this work [around gender violence] for 13 years and using my experiences to help frame the issue. And now, Russell detracts from that.”

Even now, Abrams is still weary. “I am processing it, I don’t know what to expect,” she said. “I am on Twitter sharing because that’s my responsibility, but so many other Black women’s stories don’t get told. If this wasn’t Russell, no one would care.”

Abrams has a point, will high-profile stories like hers somehow trickle down into Black America to empower everyday Black women whose perpetrators aren’t rich and powerful? If anything, she hopes that the film will hammer in the notion that rape doesn’t just impact the survivor, but the entire community.

“When one person is harmed, we are all harmed. There is a ripple effect set in motion whenever a woman is assaulted,” she said. “My son is also a survivor of trauma because of Russell’s actions. And when he chooses to invoke his daughters as a shield, that he can’t be a rapist, we need to reject that. We have to stop protecting Black men that are perpetrators; it’s an act of love to hold those who harm others accountable.”

Hines is more confident that ”On the Record” will have an impact, especially given the support she has received so far.

“I was never comfortable being vulnerable, exposing myself in that way, but since the film debuted, so many women and men have hit me up on social media, wanting to talk, share their experiences and thank me,” she said. “I also want people to know that this is a journey; it’s about you, not the person who hurt you.”

For Dixon, who has acknowledged her class and “light skin privilege,” she hopes that all Black women will see the film and understand that there are people out there like her that are fighting for them.

“I want for Black women from Greenwich, Connecticut, to the South Bronx to the Ninth Ward to know it’s not you. It’s them. It’s not your fault, it’s theirs. But class, privilege, even Stanford won’t save you. We live in a rape culture that tells us that Black women are not seen as valuable, worthy of protection, but our lives matter, and we are worth saving and fighting for.”