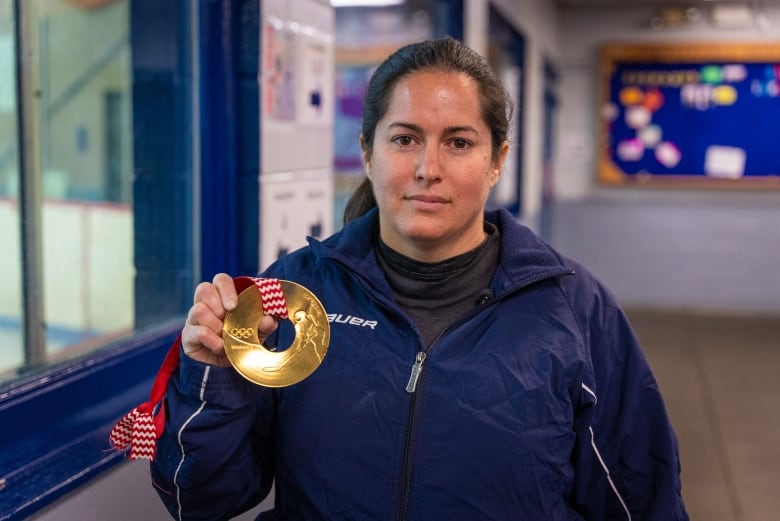 Olympic gold medallist Katie Weatherston says it was “unjust” of Hockey Canada to tell her it only had $4,000 available to cover medical expenses for an ongoing traumatic brain injury she sustained while playing for Team Canada.

She’s now speaking out publicly and questioning Hockey Canada’s priorities in light of recent reports that the organization has paid out millions of dollars in settlements for sexual abuse allegations.

“It was a slap in the face back then, when I was told they only have $4,000 to give me,” Weatherston told CBC News.

“And now it’s absolutely shocking what’s come out and that they had no money for me, but they have money for this … It’s not fair. I don’t want to see it happen to other young female athletes.”

Hockey Canada has come under intense public scrutiny in recent weeks over its use of its National Equity Fund — made up in part of players’ registration fees — to settle a $3.5 million lawsuit. A woman alleged she was sexually assaulted by eight hockey players in 2018, including members of the men’s World Junior team.

Hockey Canada later told a parliamentary committee that it has withdrawn another $7.6 million to pay out nine complainants with sexual abuse claims since 1989.

The organization has since defended the National Equity Fund, arguing that it is used “to support anyone who might have been injured or harmed where insurance policies were insufficient.”

Weatherston said she doesn’t understand why this fund isn’t being used to pay for her treatment.

In a media statement, Hockey Canada told CBC News that the “safety of our athletes” is its “highest priority” and that the organization has different insurance policies or self-insured funds “that may be available” to players injured at Team Canada sanctioned events.

The organization said it also has a Health Benefit Trust that covers some otherwise uninsured medical and dental expenses up to a maximum of $5,000.

Weatherston said that for the past 16 years, she’s struggled with daily headaches, chronic exhaustion and the sensation of her ears popping, like she’s on an airplane with a cold.

She said she’s paying roughly $15,000 a year out of pocket on medical care, including physiotherapy and chiropractor appointments. Weatherston said she has also resorted to doing her own acupuncture, cupping and massages to cut costs.

Her injuries started in 2005 when she flew over the handlebars during a bike race with her team and landed on the pavement, knocking out three teeth, according to a Hockey Canada injury report viewed by CBC News.

Then, in September 2006, she was hit from behind during an inter-squad game at Team Canada’s training camp. Weatherston says her head smashed into the boards.

A Hockey Canada doctor cleared her during the game to go back out on the ice, said Weatherston.

Later during the same game, Weatherston collided with a teammate and bumped heads with another in a face-off. Days later, she said, she ended up in a hospital emergency room feeling nauseated and experiencing pain at the back of her neck and at the top of her spine.

‘My head didn’t even hit the ice’

After time off the ice, Weatherson said, her career came to a sudden halt in 2008 after she fell during a pick-up game in Ottawa.

“My head didn’t even hit the ice,” she said. “I felt my brain just go splish-splosh back and forth inside my skull and I just knew that I was in trouble.”

A Hockey Canada injury report written by an Ottawa doctor and dated October 2012 said that as a result of multiple concussions in 2005, 2006 and 2008, Weatherston had been left with prolonged post-concussion syndrome that was “possibly permanent.”

Weatherston said she didn’t sue or file an insurance claim with Hockey Canada at the time because she was still hoping to recover and go to the Olympics again.

Personal injury lawyer Brian Cameron reviewed Weatherston’s documents and said that while her situation is “certainly unjust and … certainly unfair,” she waited too long to sue and is now past the statute of limitations.

“The reality is, had she sued in time, Hockey Canada is insured,” said Cameron. “She waited too long and now she’s in the situation where it looks like she’s going to have these problems over the course of her life.

“And she doesn’t really, as far as I can tell, have any legal recourse against Hockey Canada.”

Weatherston sought a legal opinion in 2013 which found her claim may be “statute-barred unless a court could find that there was fraudulent concealment by Hockey Canada of its knowledge of concussions.”

Emails viewed by CBC News show that it wasn’t until 2012 that Weatherston got in touch with Hockey Canada for help paying her medical bills.

According to one of those emails, the since-retired head of risk management for Hockey Canada, Glen McCurdie, told Weatherston there was an accidental death and dismemberment policy that had a “traumatic brain injury component” but added that it was “relatively new” and he didn’t think she’d qualify.

Weatherston said in an email to Hockey Canada that she had suffered a “chronic and what may be a lifelong injury.

“Is there anything else Hockey Canada can do to support its athletes?”

Todd Jackson, Hockey Canada’s senior manager of insurance at the time, responded to Weatherston in June 2014, saying the organization had already paid Weatherston $6,000 for the bike accident during training. He offered her another $4,000 to help with her ongoing medical expenses.

“Unfortunately, the $4,000 is all I have to work with. Sorry,” Jackson wrote in an email to Weatherston.

CBC News’s attempts to reach Jackson and McCurdie through Hockey Canada for comment were unsuccessful.

Weatherston said it was an “extra shot to the gut” to watch the Hockey Canada scandal unfold since May.

“They closed the book on me,” said Weatherston. “I had a great experience with Hockey Canada, some of the best memories of my life. But I also had a terrible experience because I felt like they just threw me to the wayside.

“I definitely would give back my gold medal in a heartbeat for my health.”

WATCH | Hockey Canada has paid 21 settlements for sexual misconduct since 1989: 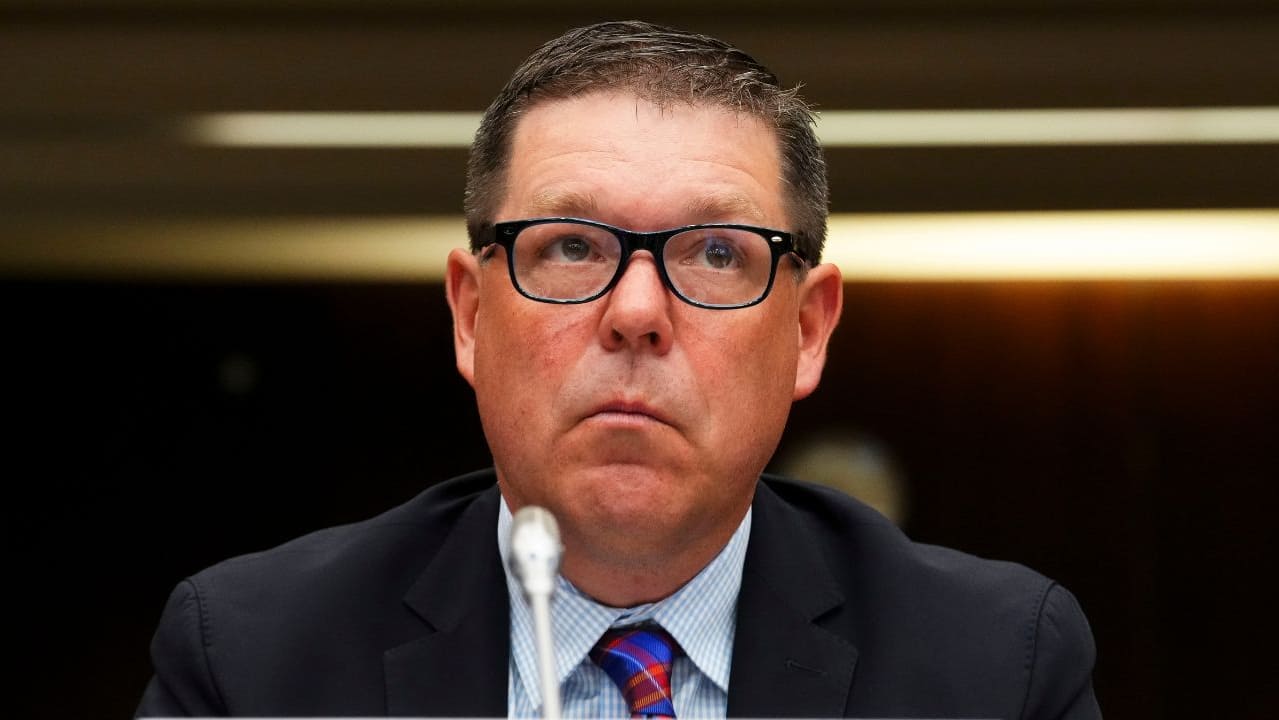 Hockey Canada has paid 21 settlements for sexual misconduct since 1989

Hockey Canada officials revealed the organization has paid out nearly $9 million in settlements since 1989 to 21 people alleging sexual misconduct.

Her partner Alexandra Pinfold is a registered nurse. She said she doesn’t understand Hockey Canada’s priorities.

“Why should she suffer when they had the capacity to help?” said Pinfold. “That’s not OK. It’s an injustice to women in athletics, really.”

Weatherston’s mother Anna Weatherston said she now wonders “if it was a great idea to put her into hockey.”

CBC News asked Hockey Canada why it didn’t use the National Equity Fund to help Weatherston with her ongoing medical bills.

The organization said that out of “respect for privacy and confidentiality, it would be inappropriate … to discuss an individual’s specific case through the media.”

“We are sorry to hear that Ms. Weatherston has concerns regarding her past injuries,” Hockey Canada said in a media statement to CBC News. “Should there be new information about her medical case, we encourage her — as we would with any Hockey Canada member — to reach out to us.”

Hockey Canada said its insurer “would make any determinations” about her entitlement to coverage.