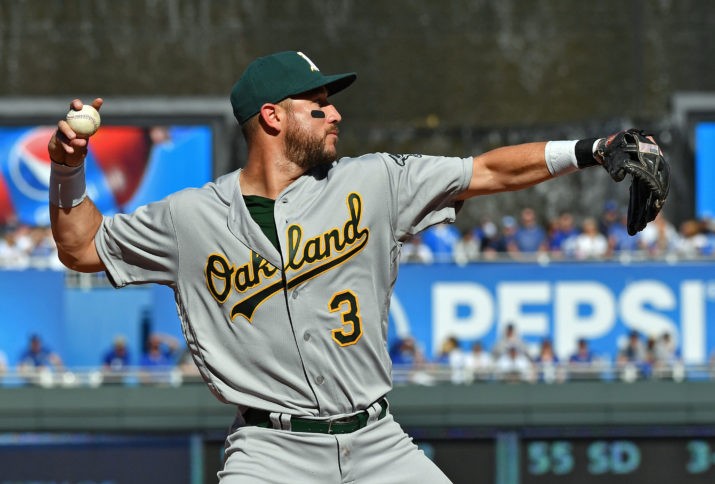 The Oakland A’s called up top prospect Matt Chapman on Thursday as expected, the team announced. Click here for more on Chapman. In a corresponding move, the A’s designated veteran Trevor Plouffe for assignment, clearing space for Chapman on the 40-man roster, on the 25-man roster, in the starting lineup, and at third base.

Plouffe came to Oakland last winter on a one-year free agent contract, and the hope was that he could bounce back from his poor 2016. Instead, he was mostly a non-factor at the plate, providing little outside of an occasional home run. He did play average defense at the hot corner, but even that was a step down from his 2014-15 peak.

He will now step aside for Chapman, who ranks No. 2 overall on our Community Prospect List. In the big picture, this is one more major step toward Oakland’s youth movement. In terms of the present day, Chapman’s elite defense and throwing arm will be an immediate upgrade over any incumbent (Plouffe or otherwise), with the question being how his bat will fare.

Hot takes are coming. Boy, are they. Refresh shortly for more.