Number of measles cases in N.B. rises to 5 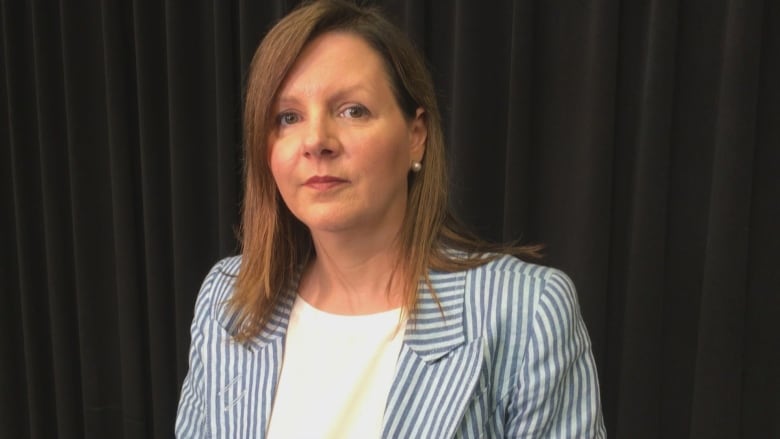 Two new cases of measles have been confirmed in the Saint John area, bringing the total number to five, according to New Brunswick’s Department of Health.

The cases were confirmed late Saturday and are linked to a previous confirmed case at Kennebecasis Valley High School.

“Public Health officials are setting up a special immunization clinic to immunize those in the school population who have not yet received a dose of MMR (mumps, measles and rubella) vaccine within the last 28 days,” said Dr. Jennifer Russell, chief medical officer of health.

“Vaccination is our best possible protection against measles.”

That clinic is taking place Sunday at KVHS.

The department already offered an immunization clinic to all students and staff at the school on Friday after two cases of measles were confirmed.

The department said anyone who received a MMR vaccine in the past 28 days can return to school on Monday, unless they were previously directed to stay home due to lack of immunity or missing documentation that proves they were vaccinated.

“Those people who have not or been told that their immune status is not adequate, they have been given other instructions and they are to just continue following those instructions.”

All cases in the region linked

If someone exposed to measles gets a dose of the vaccine within 72 hours of the exposure, they should be protected, according to the department.

The department has not released any details about the infected individuals, but confirmed all cases in the province are linked to the first case announced on April 26. 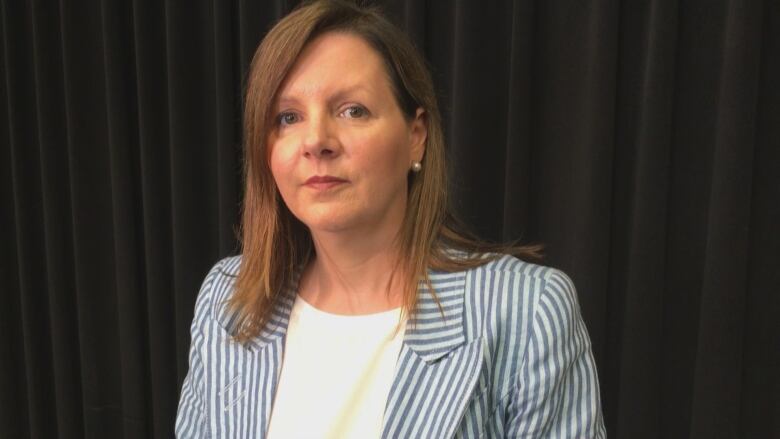 New Brunswick chief medical officer, Dr. Jennifer Russell, said people who have not had the vaccine or have no proof they’ve been vaccinated have been given instructions to stay home. (Lauren Bird/CBC)

The highly contagious respiratory disease is transmitted through air or by direct contact with an infected person.

“I want to re-emphasize that, if these symptoms are present, it is important that you contact your health-care provider, Public Health or 811 by telephone prior to presenting to a clinic, physician’s office or emergency room so that necessary measures can be put into place to prevent the spread to others,” said Russell.

The last case of measles in New Brunswick was in 2017, and travel related. Across Canada there have been 55 cases so far in 2019.

Students and parents filtered into the school Sunday afternoon for the clinic.

Grade 12 student Sabrina Myles came with her mother to get a booster shot. She had been sick for the past two clinics.

“It’s just really crazy that this is happening. You never thought it would happen especially in your Grade 12, your graduation year… Everyone’s like, on high alert,” she said. 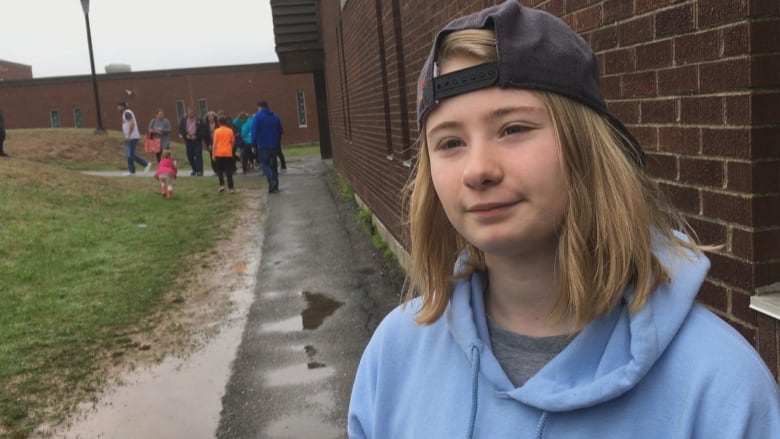 Sabrina Myles is a Grade 12 student at KVHS who had her booster at the clinic Sunday. (Lauren Bird CBC News)

Sabrina’s mother, Tabetha Myles, was worried her daughter wouldn’t be allowed to come to school if she didn’t get her shot.

“And this is graduation year. She’s got to come back,” she said.

She said with the new cases announced add to the stress.

“I do homecare. I have to look after the elderly and disabled. So yeah, I’m very concerned.” 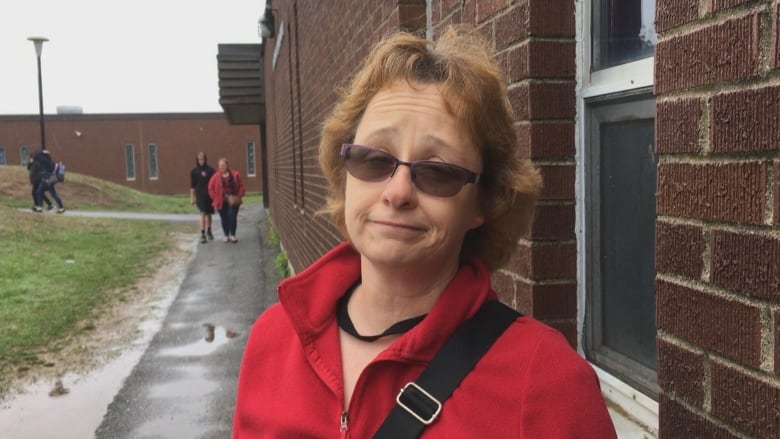 Myles said since the first cases were announced, she’s been to her doctor to get a booster shot just to be safe.

“I recommended [it] for everybody. Just go get a booster.”

Early symptoms of the measles may include fever, cough, runny nose, red or sore eyes, sleepiness, irritability and tiny white spots in the mouth. Within three to seven days, a red blotchy rash will appear, first on the face and then spreading to the rest of the body.

Most people are sick for up to 10 days and are contagious from four days before the rash develops until four days after.

There is no cure for the disease. Treatment is meant to relieve symptoms and prevent complications.

Measles can be prevented with a vaccine, Public Health said.

“All residents are urged to consider vaccination as the best way to protect themselves and their families against measles and other vaccine-preventable diseases,” a statement released by the department said.

New Brunswick children are routinely immunized against the measles with two doses of MMR, at 12 months and 18 months. Both shots provide nearly 100 per cent protection.

But some people born between 1970 and 1995 have not had the recommended second dose. One vaccine is about 85 per cent effective.

Anyone born before 1970 is considered immune.

With files from Lauren Bird.