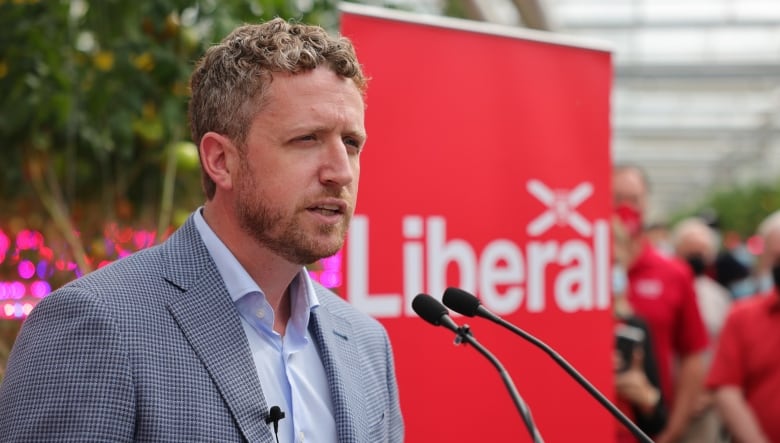 Nova Scotians head to the polls today in a provincial election some insiders predict could be so close that the result won’t be known until Wednesday.

When Liberal Leader Iain Rankin called the election last month, the province was entering a period of newfound freedom as public health protocols related to the COVID-19 pandemic were easing. Most regular activities could proceed with few restrictions and fully vaccinated people could travel freely in and out of the province.

The Liberals, who have been in power since 2013, were hoping to ride the positive vibe, coupled with a traditionally sleepy summer campaign, to a third straight majority win. But the party stumbled out of the gate and its campaign struggled to find momentum amid opposition attacks.

This is the first campaign for Rankin as Liberal leader after replacing Stephen McNeil, who retired in February after 17 years in politics; he spent the last eight as premier.

Not long after Rankin launched his campaign, one of his candidates dropped out, citing concerns for her mental health. But Robyn Ingraham later updated her statement, saying party officials suggested she blame her mental health when the real reason was some people were uncomfortable with boudoir-style photographs she shared of herself online prior to the start of the election.

Rankin, who just weeks before the campaign started acknowledged he’d twice been charged with drinking and driving in his 20s, struggled to address the fallout from Ingraham’s departure head on. The story dragged on for much of the campiagn’s first week, overshadowing the party leader’s attempts to highlight the government’s management of the pandemic, the affordable child-care deal it signed with Ottawa just before the writ dropped and the party’s election platform.

Meanwhile, Progressive Conservative Leader Tim Houston and NDP Leader Gary Burrill each locked on issues Rankin and the Liberals have been unable to sufficiently deflect.

After largely being absent from the spotlight for 18 months during the pandemic, for the last 30 days Houston and the Tories have pounded the issue of health care, pointing to the province’s growing list of people without a family doctor (about 71,000 at last count), problems with ambulance availability and shortcomings in the long-term care system they say the Liberals were slow to address during their previous two mandates.

Burrill, meanwhile, has drawn attention to a surging real estate market fuelled by people moving to Nova Scotia during the pandemic. It’s led to house prices outstripping the means of many locals, along with a lack of supply.

Even more so, however, the NDP have highlighted a skyrocketing rental market that’s seen many long-time renters faced with pending increases well beyond what they can afford. The government brought in temporary rent control last fall, but only Burrill and the NDP have promised to make it permanent.

For a party that once dominated seats in the metro Halifax area, that message appears to have caught on, with Burrill pointing to many examples of real people affected. And while Halifax has been the epicentre of the housing crisis, the NDP also believe they can make gains with the issue in the Cape Breton Regional Municipality.

Amid challenges from the opposition and many races that are perceived to be tight, Rankin must also contend with the fact that 11 Liberal incumbents, many of them long-term political veterans who could be counted on for a win, are not running again.

The Liberals frame this as a chance for Rankin to seek a mandate of his own with a team that shares his vision of confronting climate change while expanding educational opportunities and economic development and addressing shortcomings in the health-care system.

On Monday, the campaign’s last full day, Rankin predicted his party would win a majority government. Houston, meanwhile, also appears to sense a path to victory and called on voters to help make it a reality.

As for Burrill, he said what was anticipated to be a sleepy campaign 30 days ago has turned out to be anything but, as more and more people have become engaged in recent weeks and are receptive to his party’s message.

While the Liberals, NDP and Tories are expected to win most, if not all 55 of the seats up for grabs, several high-profile Independents and candidates representing the Green Party of Nova Scotia and Atlantica Party are also hoping for electoral breakthroughs. Neither party has had a representative in the legislature before and they’ve struggled to catch on with voters.

How long it will take to count the votes cast remains up in the air.

Officials with Elections Nova Scotia have said they would cut off vote counting at midnight to avoid worker fatigue and potential human error if the work is not close to being completed. In that case, the count would resume at 10 a.m. AT on Wednesday.