Wowplus
Home World News Canada news Not even the COVID-19 crisis can hold back Christmas shoppers with ‘savings... 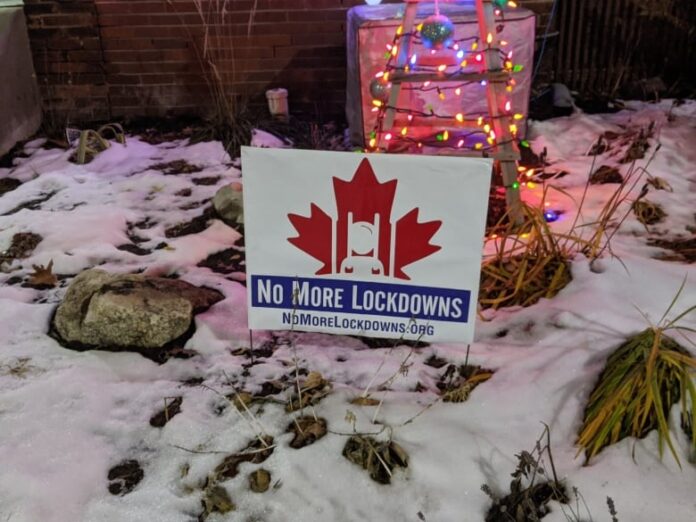 Boarded-up shop fronts and well-publicized cries of pain from retailers might leave you thinking the pandemic is the Grinch that stole Christmas shopping.

But in what is the most peculiar recession in at least a century — and despite research by accounting giant PricewaterhouseCoopers (PwC) that suggests Canadians planned to spend 31 per cent less this holiday season — some of the results so far have been surprising.

Not only are people, on average, devoting as much money to shopping as in years past, but with a sharp rise in savings for some and an evident increase in hardship for many others, some Canadians appear to be giving more to charities that directly help those in need.

“There’s no question about that, that people are spending differently this year,” said Ksenia Bushmeneva, an economist at TD Bank who observes retail activity. “The pandemic dictates its own rules, and restrictions on businesses also dictate how people shop and where they shop.”

The two most obvious trends, she says, are similar to those predicted by the spending intentions survey in the PwC holiday outlook. Whereas holiday spending is usually roughly divided between spending on gifts and spending on travel, the many pandemic travel restrictions mean most winter vacations are off the table this year.

The other big shift is away from services, such as meals out, movies and grooming, and toward the purchase of goods.

And while some retailers continue to suffer badly, especially those who depend on foot traffic in areas with lockdown measures in place, data from various sources suggests those savings elsewhere are helping to boost total spending on goods, including food, both in places where shops remain open and online.

Even while recognizing that stores in downtown centres and places with tighter restrictions are being hit by a “sledgehammer,” Michael LeBlanc, senior adviser with the Retail Council of Canada, said he remains optimistic about the transformative effects of the pandemic.

“It’s tough, it’s tough. It’s very hard to survive your store being shut down over Christmas, let’s not candy coat it,” he said. But the stunning acceleration of e-commerce has advanced the trend toward online shopping, especially in the grocery business, by as much as seven years, he said.

It used to be that retail sales statistics were only assembled months after the shopping season had passed and data had been collected from individual shops, but Nathan Janzen, an economist with the Royal Bank, points out that the widespread use of credit and debit cards now provides an accurate and detailed running tally.

Some win, some lose

Data supplied by RBC’s Consumer Spending Tracker shows that following a dip during the initial lockdown, consumer spending bounced back and is now up from a year ago. But a closer look at the numbers shows large gaps between winners and losers.

Grocery spending continues to eclipse other sectors. Household goods and electronics outpace gifts and apparel. As with the PwC forecast, travel spending has plunged and continues to fall. The sharp decline in gasoline spending has slowed but is still falling.

And as first reported in April, many consumers who are employed continue to earn more than they spend. That makes this recession strange compared to those in the past, where a lack of retail activity was due to people not having money to spend.

Janzen says the current “savings hoard” is good news for retailers and other businesses that are able to survive.

“The savings hoard won’t help businesses right now, but it represents a pent-up demand for those businesses that can make it to the other side of the pandemic,” he said.

But for retailers who have not been able to shift sales online, some of whom do 80 per cent of their trade during the busy Christmas shopping season, the business they lose now could be gone for good. Not only that, but things could get worse for retailers if expanding COVID-19 case loads in places where shops have remained open frighten customers away.

The pandemic may be leading to other retail changes as well, according to Camellia Bryan, a researcher and doctoral candidate at York University’s Schulich School of Business who applies lessons of psychology to the commercial world.

“I think now is a very uncertain time for a lot of people, and when people are experiencing uncertainty they tend to be more idealistic,” she said. “So you might see that in their spending as well.”

Normally, giving declines during recessions, and some data released last week suggests that, overall, charity is down. But because of the savings hoard, some people have more capacity to give, not less.

One of Canada’s most plugged-in charity organizers, Paul Nazareth, vice-president of the Canadian Association of Gift Planners, says it very much depends on the charity, as donors shift support from groups such as arts organizations to those helping people struggling to meet their basic needs.

Tania Little, in charge of fundraising at Food Banks Canada, said that is certainly true in her sector. While demand for food bank services has soared because of the pandemic, cash donations from ordinary Canadians and businesses to food banks are three times higher than what they would collect in a normal year.

“They are giving to causes that they feel are tangibly impacting people’s lives,” said Little.

And as evidence of the connected nature of economics, some of that increase in food bank demand is from people across the country in low wage and precarious work who have lost out as those who do have jobs spend less, spend differently and save more.