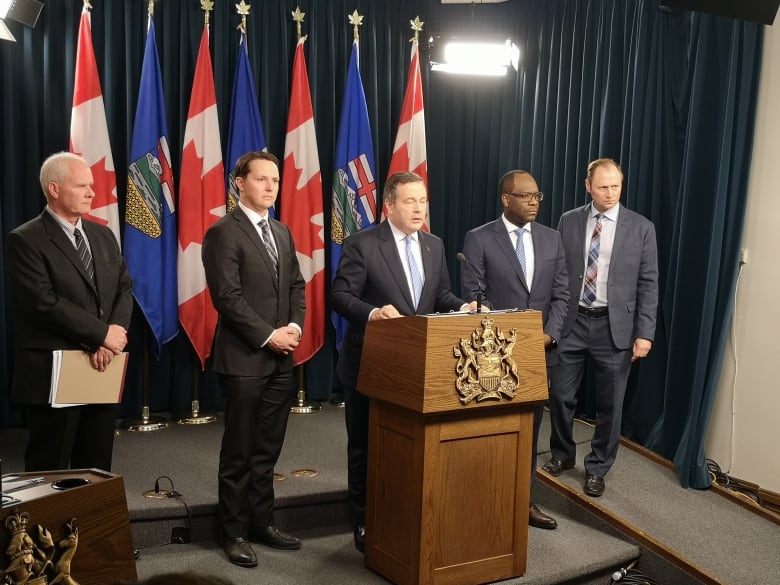 The Chuckegg Creek fire is seen from the air near the town of High Level, Alta., on Sunday, May 19, 2019. (Government of Alberta/The Canadian Press)

An out-of-control wildfire burning Tuesday near a town in northwestern Alberta is rated at the highest possible danger level, and the dry, windy weather means the danger is expected to increase this week, says Alberta Premier Jason Kenney.

“The fire is jumping from crown to crown of trees,” Kenney said at a news conference Tuesday. “Unfortunately, the dry conditions in northern Alberta are expected to continue for the foreseeable future, with the fire danger possibly increasing this week.”

The fire near the town of High Level is ranked as a Level 6, the top of the wildfire intensity scale. Increased fire danger is common during the spring because of the abundance of dry, flammable materials in the period between the snow melt and the green-up of the landscape.

“Wildfire season is a long and tough battle every year, and we need to prepare for the long haul this summer,” Kenney said.

The premier said he hopes to visit the scene on Tuesday. 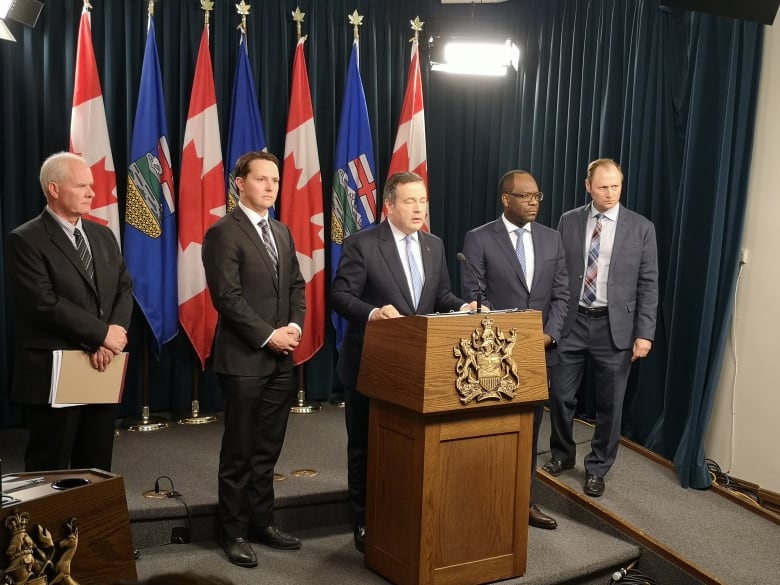 The number of fires currently burning across the province is slightly higher than the five-year average, Kenney said.

There have been 430 wildfires in Alberta since March 1, of which 30 are still active and five are classed as out of control.

Evacuation has been ordered for more than 4,000 people living in High Level, a town about 730 kilometres north of Edmonton, as well as about 750 people living at the nearby Bushe River Reserve of the Dene Tha’ First Nation.

The High Level wildfire is being fought from the air, because it’s not safe to have people on the ground attacking the fire, Bruce Mayer, assistant deputy minister for Alberta Agriculture and Forestry, said at Tuesday’s news conference.

“We will not put any people in front of the head; it’s simply too dangerous,” Mayer said.

There are 89 firefighters, 24 helicopters and three air tankers involved in fighting the blaze, he said. Alberta crews will get logistical and personnel support from Ontario, Nova Scotia and British Columbia. Those crews are expected to arrive on Wednesday.

Fire officials say the wind, forecast to be out of the southeast for the next several days, is working in town’s favour by pushing the fire away from homes and other buildings.

“The fire is actually burning on the southwest side of High Level, headed northwest,” said Mayer. “The forecast for the next few days is the strong gusty winds will be from the southeast to east and northeast, which are all favourable from a High Level perspective.”

The fire reached within five kilometres of High Level but Kenney said no homes have been damaged and there are no known injuries as a result of the fire.

The area remains without power, and cellular service has been interrupted. Atco is working to restore power, Kenney said.

High Level Mayor Crystal McAteer made the right call to get residents out early, based on the unpredictability the wind, Kenney said.

McAteer confirmed Tuesday morning that all town residents have departed. There are still people in the town, however, including those involved in fighting the fire, Alberta Health Services staff and some local businesses, such as grocery stores, who are supporting fire crews.

Because the power supply has been compromised, McAteer said people could be away from their homes for as long as five days.

On Monday night, Kenney posted a video to his Facebook page saying that if evacuees are still displaced from their homes after 72 hours, the province will step in with additional support.

The province is also keeping an eye on two businesses near High Level: the Tolko sawmill and the Norbord OSB plant, which has suspended operations due to the fire. 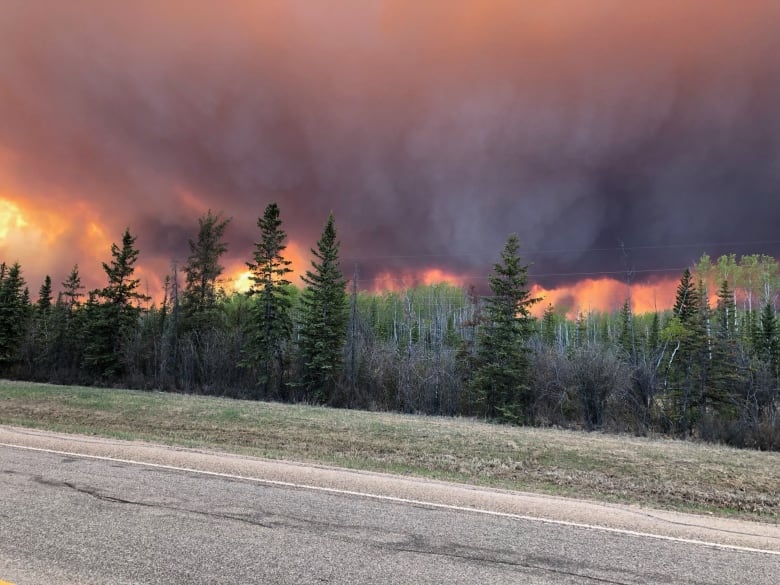 More than 4,000 people are affected by evacuation orders in northwestern Alberta. (Deb Stecyk)

More than 650 people have registered at an emergency reception centre set up in Slave Lake, almost 500 kilometres to the southeast. About 150 people have informed the province that they have sought shelter in La Crete, Alta., a hamlet about 135 kilometres southeast of High Level.

People leaving the area are urged to use Highway 58 east of the communities, since highways south and west have already been closed due to the blaze.

The premier, along with Agriculture and Forestry Minister Devin Dreeshen and Municipal Affairs Minister Kaycee Madu, met Tuesday with crews who have been working around the clock at the provincial operations centre.

“It’s fairly typical, of course, to have a number of wildfires after the snow, the winter runoff, is gone and before there is much precipitation,” Kenney said in the Facebook video.

“There’s no forecast for precipitation, so the risk remains fairly high.”

He thanked residents for responding “in the appropriate way to the need to leave town.”

Not much time to pack

Chelsea Kazonay and her three young children left High Level on Monday afternoon and are staying at the Dene Wellness Centre at the K’atlodeeche First Nation Reserve, outside Hay River, N.W.T.

Once the evacuation order was issued, Kazonay said she didn’t have much time to gather her things, grabbing a few clothes and identification.

“I left everything,” Kazonay said Tuesday. “I didn’t have much time to pack. It was pretty hectic in High Level.” 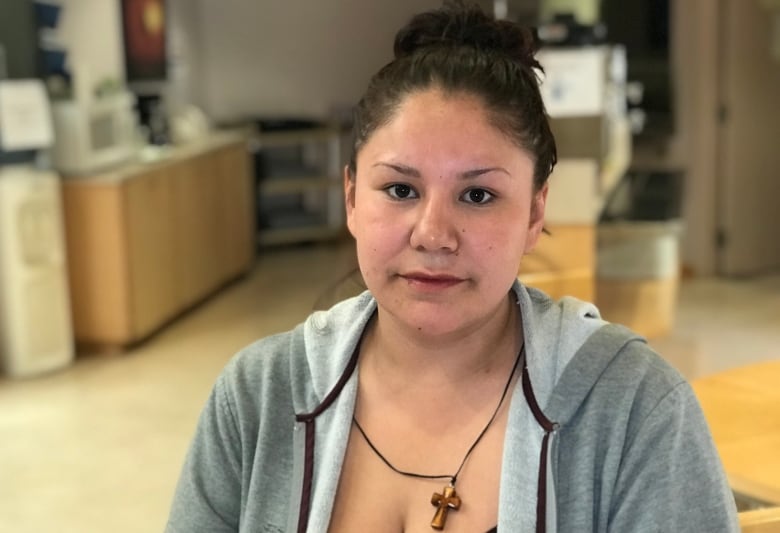 The evacuation centre in Slave Lake can accommodate up to 1,200 people. The Legacy Centre will be open 24 hours a day. Town employees said early Tuesday they have enough volunteers to fully staff the facility, and if additional help is needed a call will be put out on social media.

In addition to the reception centre in Slave Lake, another has been set up in High Prairie.

Officials have been arranging transportation for residents who can’t get out on their own. Alberta Health Services said it had evacuated 20 patients from the Northwest Health Centre in High Level and relocated them to other communities.

The Chuckegg Creek fire south of High Level has been burning for several days, but grew substantially starting Sunday, when it covered about 25,000 hectares and reached an estimated 69,000 hectares on Monday.

The evacuation of the town was first ordered at 4 p.m. Monday.

The order for the Bushe River Reserve, southeast of the town, was issued at 8 p.m.

“People are of course afraid, because they remember the wildfires of Fort McMurray, but we talked to a lot of the residents and reaffirmed that we were being proactive,” she said.

A 2016 wildfire in Fort McMurray destroyed one-tenth of the city, and some 88,000 people were forced from their homes. Slave Lake was evacuated because of a wildfire in 2011 that destroyed parts of the community.

The Alberta government issued a fire ban and restricted off-highway vehicle use for numerous parts of the province late last week due to forecasts that called for little precipitation and strong winds.