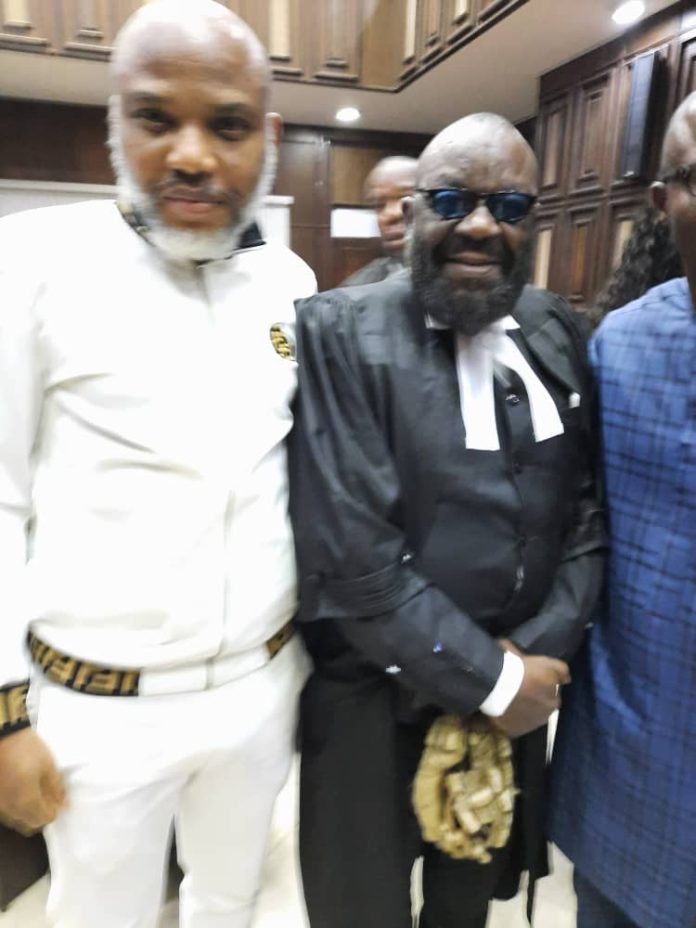 Nnamdi Kanu, the embattled leader of the Indigenous People of Biafra, IPOB, on Tuesday, reacted to the ruling of Justice Binta Nyako of an Abuja Federal High Court that dismissed his bail application.

Speaking after Tuesday’s court session, the IPOB leader urged the people of the Southeast to “remain calm” and make the zone peaceful.

He said: “It is what we expect. But I want our people to be very calm. I want Biafranland to be calm, calm, and very peaceful. We are fighting to defend our people, not to kill them.

“We are fighting to defend them, that’s why I’m here. And we will continue to do so until we get victory.”