Nigeria’s Acting President must step on some necks 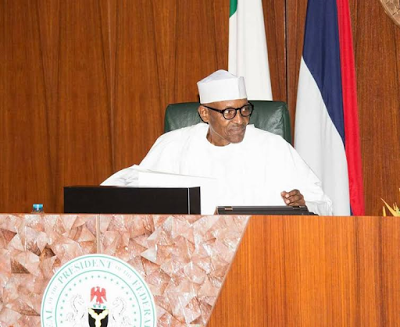 That road, as all international travellers into Nigeria know, is the first real warning that all is not well with Nigeria.  Three months ago, Lagos State Governor Akinwunmi Ambode expressed embarrassment about its awful condition.  He said it was a national disgrace requiring immediate attention.

Also concerned that the road was inconsistent with the new image of the state his government wanted to develop, he lamented the refusal of the Federal Government to approve his reconstruction proposal, for which he had a design ready.

With the relevant federal ministry being headed by Babatunde Fashola, Mr. Ambode’s predecessor as Lagos governor, a tense situation had arisen.

Enter Acting President Yemi Osinbajo, who last week okayed the proposal.  This means that given the six months’ time-frame Governor Ambode has in mind, the road could be ready by the end of 2017.

It is good to see two men who are eager to get things done, and I compliment the APC and the governor.  And you too, Mr. Fashola!

For those who may have forgotten, the battle between both levels of government over the failure of the federal authorities to maintain its roads is a battle that has raged nationwide for a long time.  In some cases, particularly Lagos, the state has often had to step in, but the federal has neither changed its ways nor paid its debts.

Lagos is Nigeria’s richest government.  It is also the one best exposed to the world’s eyes, including those of the press and the international financial institutions interested in doing business in Nigeria.  Governor Ambode seems determined to take advantage, and I am with him.

He explained: “…In the spirit of the regeneration and urbanisation that [the Lagos] administration has set out to achieve, we believe strongly that the image that is exhumed by the decadence of that road must be repaired and we took it upon ourselves to appropriate the 2017 budget that the House of Assembly should approve the total reconstruction…” The Lagos legislature agreed.

But because a road is not simply a road, a few questions arise.  Among them: Has the Federal Government merely granted permission for this reconstruction, or did it also approve of the design?

According to Ambode, the Lagos design features a 10-lane road that opens to Oshodi with an interchange and flyover “that would drop you towards the Local Airport.” The idea sounds good, but a real response would require more than one interchange and one flyover.

Nonetheless, the perennially-crowded Oshodi bus station has also received considerable attention from the Fashola and Ambode administrations, so it seems the new International Airport Road construction might feed into that and help improve the overall transportation network.

It is significant to remember that in August 2016, Rotimi Amaechi, Nigeria’s Minister of Transportation, identified the Lagos-Kano rail modernisation among projects his government will complete next year. That ties in with the Lagos-Ibadan rail, as well as the Lagos rail, and there is no reason why any MMA-related project should not feed into them.

But it is no longer enough simply to complete and commission.  The project must be durable, and must be first-rate.  Only last month, remember, the same MMA was embarrassingly flooded following a short rainfall.  In the General Aviation area, passengers could not get to the bus meant to take them to their aircraft: a common scene at our airports despite expensive so-called reconstructions.

Around the world, airports and the infrastructure which serve them are being increasingly designed to last not only for many years, but to serve growing populations.  They are also maintained on a continuous basis.  If your airport is a small, cluttered outpost, you atrophy on your own into a negligible culture and economy.

In other words, as well-meaning as Governor Ambode is, he cannot and ought not to do the MMA road on his own, or as a favour to the country.  It must be meticulous in design and implementation, with clear emphasis on drainage, security and functionality.  And not only must the new road feed into federal plans for the airport, including hotels, shops and parking, it must be clear who will have responsibility for its maintenance.

It is also important to look at what else the new road will accomplish.  On one side, it will empty into the Oshodi-Apapa expressway, which is also weeping for redemption, having fallen into disuse a long time ago.

On the other, it will expose the MMA, an airport which continues to be run for the benefit of layers of touts.  Last week, for instance, so-called security agencies at the airport simply ignored a new executive order signed by Mr. Osinbajo ending the manual search of passengers’ luggage in preference for screening machines.

I met a traveller out of Lagos on Friday who spoke about how each of his suitcases was ransacked by those agents as they demanded bribes and removed foodstuff they claimed to be illegal.  But a vigilant white staffer of his carrier stepped forward and retrieved the foodstuff for him, affirming they were not illegal!  Still, Nigerian officials asked him for bribes at least four times before he boarded.

Our reluctance as a people to do what is right in favour of our selfish objectives has left us with a nation that does not work, and in which we drift only towards division and conflict.

Think about it: last Wednesday, the Federal Government admitted that N423bn worth of projects the minister of Niger Delta Affairs contracted between 2009 and 2015 were ripped off.

According to Usani Uguru, the minister who spoke to journalists, some of the contractors did not even appear on the sites at all, while others implemented only 12 per cent of the projects for which they were paid.  This amount does not include contracts by other intervention agencies.

Which goes back to a warning issued by the Movement for the Emancipation of the Niger Delta (MEND), in September 2008 when the ministry was created.

Arguing that a ministry was not the answer, MEND forecasted that it was destined to become another avenue for corruption and political favouritism, citing ministries which have never benefited Nigerians.

“Some examples of moribund ministries include Energy; with its epileptic power supply, Health; with hospitals that have turned to dispensing clinics such that even the president prefers to be treated in Saudi Arabia or Germany, Works and Transport; responsible for the untimely deaths and maiming of road users due to poorly maintained roads and bridges in spite of availability of funds, Education; with the elite losing confidence that their children study in foreign tertiary institutions, Special Duties; with a minister that has been made [so] redundant that he spends his time in office watching television.”

How prophetic!  It is little surprise that Mr. Goodluck Jonathan, Nigeria’s former President, supervised Niger Delta budgeting and spending for most of its life.

It is the Nigerian way of life, the nation bursting with uncompleted projects, 12,000 federal entries of which were listed by Mr. Jonathan himself.

But what if we were to document, rather like Martin Luther’s 95 Theses, Nigeria’s unimplemented laws and regulations since 1960?

Acting President Osinbajo can buck the trend by stepping on a few necks at MMA.