Nigeria to raise $3.5bn in foreign loans to fund budget 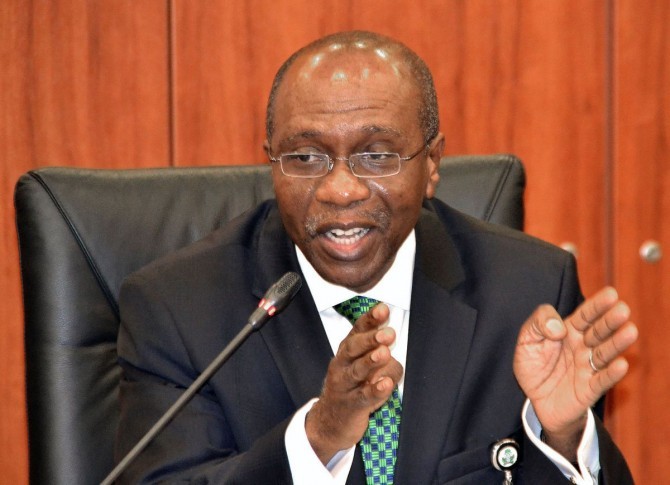 •What shaped the past week?

Global Markets: Global markets traded mixed this past week amidst a number of factors. The markets got off to a positive start to the week on continued recovery in oil prices from recent slide, driven by announcement that Saudi and Russia are open to extending the OPEC oil production cut. Notably, Technology & Cybersecurity stocks surged on news of the global ransomware attack. Global market sentiment however weakened at mid-week on political pressures in the U.S. coupled with a batch of less-than-impressive fresh earnings releases. At week close, Asian markets closed mixed whilst U.S. and European markets rebounded from losses in mid-week.

Domestic Economy:  Reports from the Budget Office indicate that Nigeria plans to raise $3.5 billion (c.N1.068 trillion) and $4 billion (c.N1.220 trillion) in foreign and domestic loans to fund the 2017 budget which has an estimated deficit of N2.21 trillion (c.2.2% of GDP). Breaking down the foreign borrowing, we see that $2 billion of the planned borrowing would come from concessionary loans while the balance of $1.5 billion would be funded through Eurobonds. We recall that to fund 2016 capital expenditure, Nigeria raised $1.5 billion in Eurobonds in Q1’17 at a weighted average yield of 7.75% amidst strong investor interest (6.8x oversubscribed). With yields on Nigeria’s Eurobonds falling in recent months (7.88% FGN FEB 2032 down c.100bps from issue), coupled with an improved outlook on oil earnings and foreign exchange liquidity at the NAFEX window, we anticipate strong investor demand for Nigeria’s Eurobonds.

Equities: Coming off three consecutive sessions of modest gains, momentum slowed on the Nigerian bourse at week close (NSE ASI up 4bps) as persistent profit taking across Consumer Goods names depressed gains across other key sectors. The ASI was however down 28bps w/w largely due to the broad market profit-taking at week open. Whilst we note the emergence of profit taking on select stocks during the week, overall sentiment in the market was bullish – largely positive market breadth. At week close however, profit taking emerged once again, with d/d gains slowing to 4bps.

Fixed Income: After opening the week mixed, the bills market turned bearish on Tuesday on the back of pressured system liquidity and higher than expected inflation reading for April. At mid-week, the Central bank of Nigeria (CBN) conducted a Primary Market Auction for bills offering and selling N111 billion at respective stop rates of 13.50%, 17.1490% and 18.70% – lower than secondary market levels. Bearish trading persisted as CBN mop up dampened buying sentiment. However, some buying interest resurfaced at week close as yields declined across the space. Meanwhile, the bond market opened the week slightly bullish before reversing trend amidst the April inflation figure and ahead of next week’s Monetary Policy Committee (MPC) meeting.

Currency: The CBN sustained its consistent interventions in the currency market, conducting a couple of spot and forward auctions. Worthy of note is the currency sale on Monday, where the CBN injected c.$457 million across the different FX windows. Over the week, the naira appreciated N0.83 and N6.50 at the respective NAFEX and parallel markets to close at N381.61 and N378.00 against the dollar.

What will shape markets in the coming week?

Equity market: Whilst the slowing appetite across most key sectors (amidst profit taking) spell a weak start to the week ahead, we believe sentiment will strengthen along the week as the key drivers behind the market rally persist.

Fixed Income market:  Notwithstanding  re-emerging demand on bills, we expect cautious trading in the fixed income market at the start of the coming week as all eyes turn towards the MPC meeting on Monday and Tuesday .

Currency:  We expect CBN interventions to sustain liquidity in the foreign exchange market as investors continue to test the waters at the NAFEX window.

Focus for the week

Food Inflation is at worryingly high levels. The index is up 8% in the first four months of the year and at current pace, national food prices would have risen 27% by the end of 2017. This price surge is a domestic phenomenon as Imported Food Inflation moderated – 18.1% in March to 17.0% in April – understandably given the improvement in liquidity in the foreign exchange market, relative stability of the exchange rate, and downtrend in global food prices. From a regional perspective, pressure on food prices is most apparent in the South-East and North-West regions, driven by food prices in Enugu and Kano respectively. Looking at data from the National Bureau of Statistics Select Food Prices Watch 2017, domestic food prices have been trending upwards, though average price of tracked items fell marginally (0.9%) m/m.

The moderation in Core Inflation can be partly attributed to a slower pace of inflation in Utilities – down from 18.9% in March to 16.0% in April. For petroleum products, this would have been driven by lower product landing costs in March compared to the first two months of 2017. Unsurprisingly, average household kerosene (HHK) and automotive gas oil (diesel) prices moderated for the second consecutive month. However, average premium motor spirit (PMS) prices rose slightly (0.3%) amidst a larger variation in regional prices.

2016 was a particularly tough year for Nigeria and some of its regional peers as they all experienced high levels of inflation, mainly due to currency depreciation and high energy prices. As those inflationary pressures wane and base effects kick in, the expectation is that inflation will moderate over 2017. However, we have observed differing experiences across countries. Ghana has been the most successful so far as its headline inflation rate has fallen from 18.9% in April 2016 to 13.0% in April 2017 – a reversal compared to Nigeria. This has permitted the central bank to continue its monetary easing cycle (250bps rate cut since November 2016).

Angola’s experience is most similar to Nigeria’s – inflation is moderating but remains higher than previous year’s levels, as well as the central bank’s benchmark interest rate. But unlike with food prices in Nigeria, Angola has no new source of inflationary pressure so the pace of moderation should pick up. Egypt has fared the worst this year as the devaluation of the Egyptian pound in November has stoked inflation which hit a 30-year high in April.

The Monetary Policy Committee of the Central Bank of Nigeria meets next week and they will mull over recent inflation figures. Unfortunately, we consider the policy levers in their arsenal as inadequate for tackling the current inflationary pressure in the country. Persistent CBN intervention in money and foreign exchange (FX) markets ensures minimal excess naira liquidity and current inflation is neither a demand nor monetary phenomenon. Instead, we expect a continuation of trend so far as food prices weigh on the consumer basket even as better FX liquidity stabilizes the currency and suppresses imported inflation. In light of this and with base effects kicking in strongly next month (largest m/m jump observed in 2016), we forecast inflation of 15.8% in May, bringing 2017 average inflation to 15.8%, notably higher than 15.6% recorded in 2016.