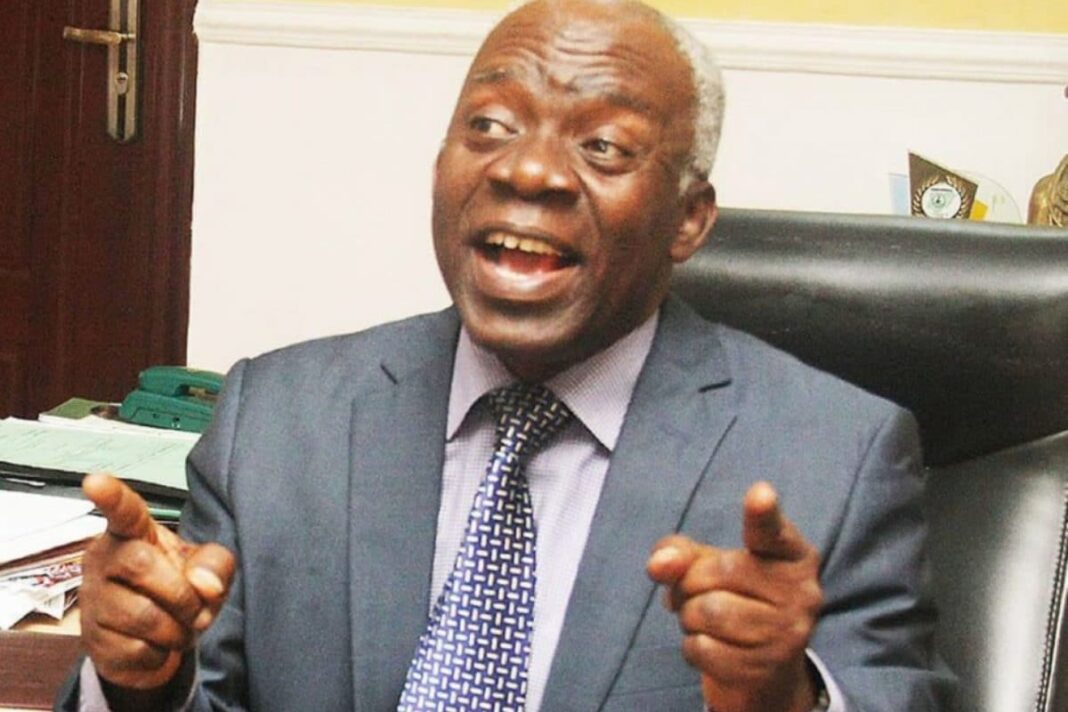 Falana disclosed that the Nigerian government reached out for the deal during Sowore’s first 45 days in detention.

Featuring on TVC’s The View, Falana said: “They went to a court behind us and got an order to detain Sowore for 45 days to investigate his alleged terrorism.

“At the end of the investigation, nothing was found but they went to him in detention to reach a deal.”

The activist stated that the DSS also reached out to him so as to convince Sowore when they could not persuade the Sahara Reporters’s publisher to take the deal he was offered.

“When they could not succeed, they met me and they wanted me to persuade him to agree to sign his death warrant and I told them off,” he said.

Falana said the intelligence agency “filed charges” against Sowore when they could not convince him to take the deal.

Sowore and his co-defendant Olawale Bakare were accused of treasonable felony, cyberstalking and money laundering.