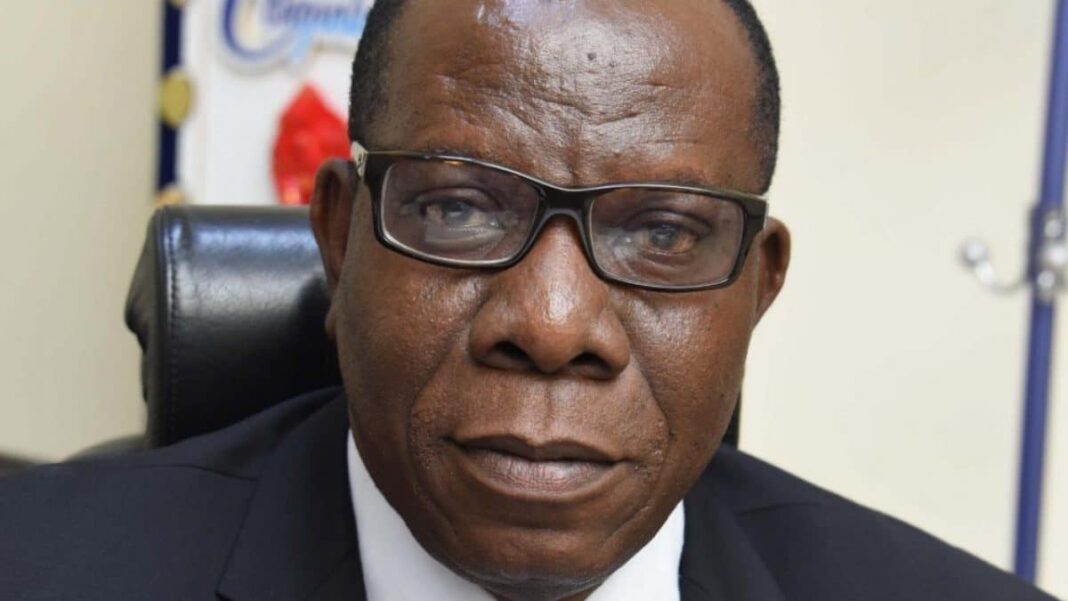 The operator of the bulldozer, who was at the site as early as 3am, was chased away with stones while the policemen keeping watch in the area used teargas to restore order.

The street leading to the residence of the late Saraki was deserted as at 7.30 am when DAILY POST passed through the area as burnt tyres and stones used in chasing the bulldozer operator and security operatives littered the street.

DAILY POST learnt that the loyalists had confronted the combined security operatives of soldiers, police and the civil defence corps Wednesday at about 11pm when the demolition exercise was about to begin.

Though, no arrest was made, the spokesman of the state police command,Mr Ajayi Okasanmi told DAILY POST that the”presence of policemen at ‘Ile Arugbo’ was to forestall any breakdown of law and order.”

The state Director General of the Bureau of Lands, Malam Ibrahim Salman, had on Wednesday revealed details surrounding the civil service clinic land and its adjourning plots in Ilorin, the state capital,amid public enquiry on the status of the property reclaimed by the state government.

“The entire land was acquired in the 1970s for overriding public interest and same was initially designed to host the phase 11 of the state secretariat.

“The construction of the said state secretariat phase 11, was at superstructure level before same was abandoned”, the DG of the Bureau of Lands stated in statement.

“The dream of the state government was stalled when part of the land slated for the parking lot was spuriously allocated in principle to one Asa Investment for commercial purposes.

From available records, the allocation was not based on a formal application,not evidence of payment for the said allocation as stipulated in the letter of application in principle and consequently no right of occupancy was ever issued to the company.

“Furtherance,in flagrant abuse of the allocation terms, the company took possession of the land and constructed what is today known as “Ile Arugbo” on part of the land that was designed as parking lot and later conceived to host the expansion of the civil service clinic into a full fledged hospital.

“Following a resolution of the state House of Assembly, mandating him to revoke/withdraw the spurious allocation, Governor Abdulrahman Abdulrazaq signed an instrument to reclaim the land on the ground that same was unlawfully allocated to a private company contrary to the public purpose of its acquisition and occupied in breach of the terms of allocation”, the statement added.