Nicki Minaj tweeted in 2012 about beating up a bully at age 11 and the alleged bully just replied the tweet, causing an uproar on Twitter 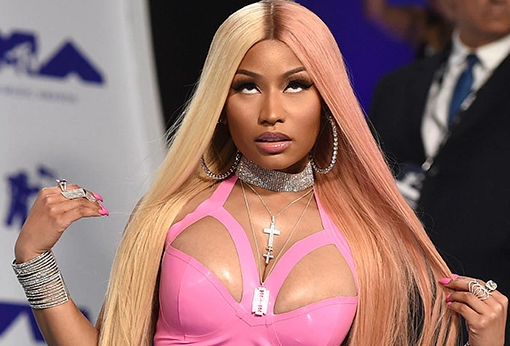 A woman who had a fight with Nicki Minaj when they were just kids is still upset after discovering Nicki Minaj tweeted about the fight five years ago.

The Twitter user called Dameka Williams, only hours ago, clapped back at a tweet where Nicki was bragging about beating her up.

Nicki Tweeted in 2012: “When I was about 11 I snapped @ a slumber party n startin beatin da shit out this girl who was pickin on me! Lmao. Her name was Dameka” 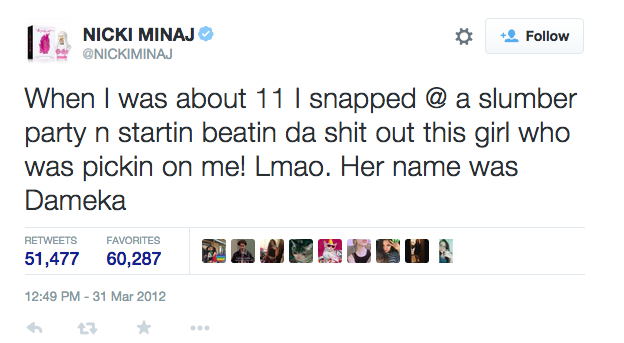 And Dameka replied yesterday, tweeting: “Bitch you proud of that shit? You ruined the party for everyone and i still got the scars on my leg from when you stabbed me with a fork.” 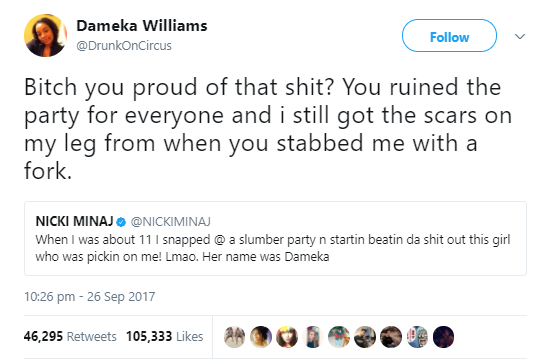 Lol. Truly, some people never forget. As expected, Twitter users are shocked that she replied five years later and they reacted. 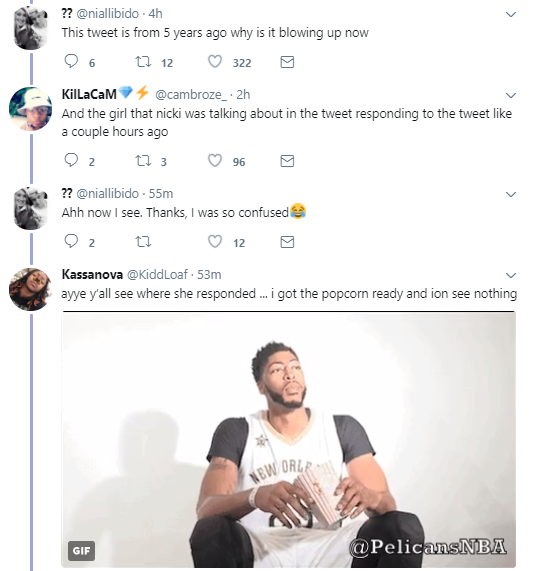 Some have gone as far as bugging her in her DM and sending her pictures of fork, so she had to caution them to stop already. She also addressed those who say it’s petty for her to still be on that issue years after. According to her, Nicki’s attack still haunts her till date.