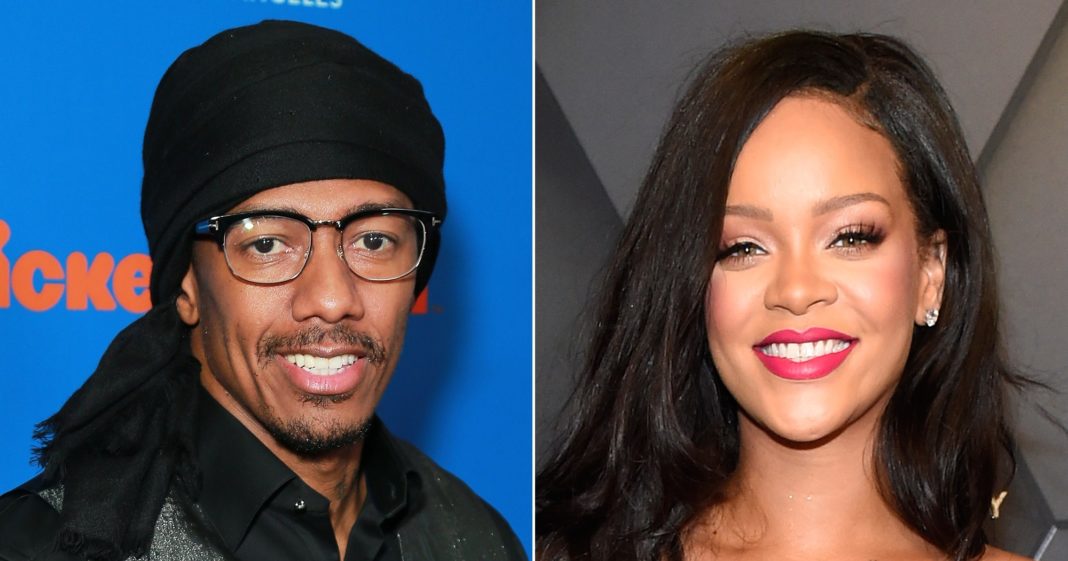 Nick Cannon fired off a flirty Instagram comment to Rihanna, and fans are applauding the online overture!

The social media exchange came after Rihanna, 31, promoted a new Fenty Beauty product with a series of Instagram photos of herself wearing a high-cut metallic dress.

Soon after she uploaded the last image on Thursday, March 21, the Masked Singer host, 38, commented to say, “I never wanted to be a dress more before this moment in life! ??????? #QueenFlex.”

The thirsty comment delighted other Instagram users: “Shoot your shot bro … love it,” one wrote. “Same, Nick, same!” added another.

Rihanna, however, seems to be off the market. The pop star has been dating Saudi businessman Hassan Jameel for two years. “[They] have been hooking up for a few months,” a source told Us Weekly in July 2017.

Three months later, the duo celebrated Halloween with a costumed dinner out in Boston. “They were with a couple [of] other folks. Rihanna was dressed as Kylo Ren from Star Wars and Hassan was dressed as a penguin,” another source told Us at the time. “They were all super nice and friendly. Having a lot of fun — lots of joking and laughing!”

Cannon, meanwhile, has been spending time with ex-wife Mariah Carey, albeit platonically. In December 2018, the former couple spent Christmas together with their 7-year-old twins, Monroe and Moroccan. (The Drumline actor also has a son, 2-year-old Golden, with ex-girlfriend Brittany Bell.)

“The common denominator is we both want what’s best for our children,” Cannon told Us that February, explaining his co-parenting arrangement with Carey, his wife from 2008 to 2016. “You put them first and you step back and become selfless in making decisions and it’s pretty easy.”