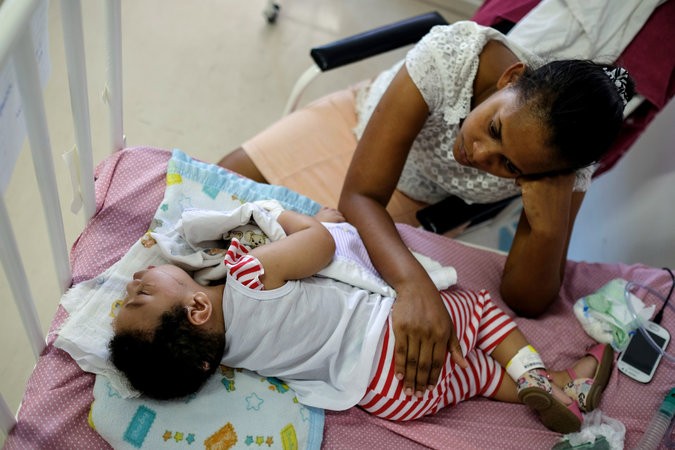 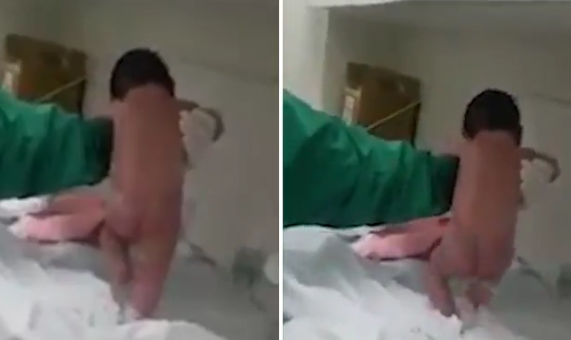 An unbelievable video has gone viral on Facebook and it features a newborn baby walking just as soon as she was born, to the amazement of nurses. The tiny tot was being cradled by the midwife as she attempted to give her her first bath but the baby had other ideas and bound out of the woman’s body, then moves her feet and walks while held by the nurse… 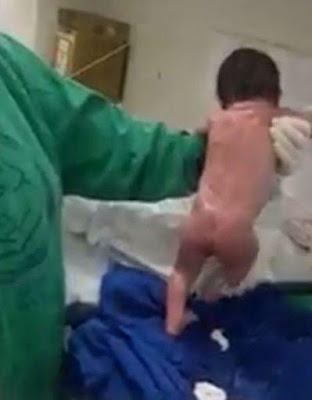 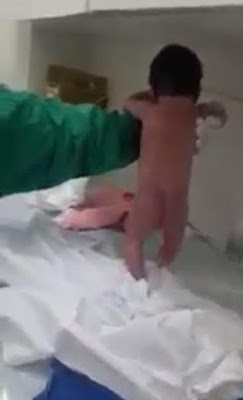 The midwife carrying the baby across her chest couldn’t believe what had just happened as the infant fights to walk on her own. The nurse’s voice can be heard in the video as she cried out in amazement:

“Oh my gosh, the girl is walking. Good gracious!”

Another person in the room can be heard saying “Wait let me film this.”

Both hospital staff can be heard shouting for another staff to come witness what was happening.

The midwife seen in the video, then explains that she had been trying to give the baby a bath but the child just wanted to get up and walk.

“Merciful father. I was trying to wash her here and she keeps getting up to walk. She has walked from here to here,” she explains pointing with one hand to where she initially tried to lay the baby down to give the child her first bath and the distance the child had already covered.

The midwife lifted the baby up and returned her to her chest but the baby refused to stay down and with a strength uncharacteristic of her age, she pushed up onto her legs and starts moving across the table again. The midwife later declared that no one would believe except they saw the video.

She said: “Heavens above. If you told people what has just happened no one would believe it unless they saw it with their own eyes.”

The video was uploaded on Facebook and has gone viral with over 50 million views and 1.3 million shares. The insignia on the midwife’s robes suggests she works at a Santa Cruz Hospital, in a city in the state of Rio Grande do Sul, south Brazil. People who watched the video commented saying it was nothing short of a miracle.