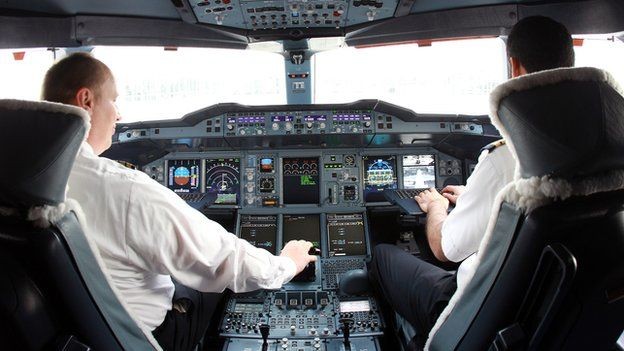 You’ve always wondered about it, haven’t you?

You’ve always had your suspicions, as you’ve felt like someone has run your over, several days after a flight.

But how do you prove it? How do you know if the air that’s circulating around your aircraft cabin is purer than Matterhorn oxygen or more deleterious than dumpster dioxide?

Here’s a new study, published in the World Health Organization journal Public Health Panorama and led by three scientists from universities in the UK and Australia.

It offers the bracingly unequivocal conclusion that airplane cabins are toxic wells of disease.

Naturally, the scientists use scientist words to express themselves: “A clear cause and effect relationship has been identified linking the symptoms, diagnoses and findings to the occupational environment.”

The problem, claim the scientists, is that a defect — or perhaps it’s a feature — in most plane designs allows air to come straight from the engine, unfiltered, into the cabin.

Dr Susan Michaelis of the University of Stirling insists that the issue has been clear for 60 years, but airlines won’t do anything about it.

“They won’t admit it because of money and liability,” she told the Independent. “They knew about this problem in the 1950s. It’s unconscionable that they haven’t dealt with it.”

In this study, the researchers looked at more than 200 pilots and flights attendants to see if they had some sorts of consistent health issues.

They also looked at specific fuel leak incidents and the aircrew members involved.

Their conclusion was that both short-term and long-term illnesses were a direct result of exposure to oil fumes and other fluid particles that freely waft about cabins and are most likely to affect those for whom a plane is their open-plan office.

The sicknesses can involve low-level symptoms such as headaches or dizziness to more serious issues such as respiratory or eye issues, stomach problems and a whole host of neurological and cognitive illnesses.

The source of these problems is, for the scientists, clear: “All current transport aircraft, except for the Boeing 787, use the bleed air system to provide cabin ventilation. Transient, low-level oil leakage over the engine oil seals into the aircraft air supply occurs during normal flight operations, with less frequent, higher level leakage under certain operational conditions (e.g. seal wear or seal failure).”

How odd that the newest plane has been designed to obviate the problem, while all others have not.

I contacted United, Delta and American to ask for their views on this research.

American offered me this: “Our Technical Operations team actively monitors and conducts in-depth inspections whenever a cabin odor event is reported. We will continue to apply our industry leading techniques and monitor all scientific, engineering and medical resources available. It cannot be emphasized enough that the health and welfare of our crews and customers continues to be our top priority.”

I’m guessing here, but I think the researchers may be suggesting you can’t exactly smell any potential contamination.

Moreover, the scientists contend that any research done by airlines, or even official aviation bodies, isn’t independent.

They also say there’s no current protocol for dealing with what they call aerotoxic syndrome.

Should you be of jaundiced mind, you might think that money could be at the heart of an airline’s reluctance to do something about a potential problem. Airlines can be like that sometimes.

This isn’t, though, the only health-related issue with which airlines are currently having to deal.

The long-running dispute about the alleged toxicity of American Airlines’ new uniforms seems no closer to being resolved.

Some airline staff blame not the materials from which the uniforms are made, but chemicals that are sprayed on them to make them more durable.

Perhaps the airlines are holding out until planes will be (totally) self-flying and humans will be one part flesh, one part bone and thirteen parts chips.

Until then, health-related suspicions will float around and, with the current image of airlines as less than healthy-minded, few will believe what the airlines tell them.

Share
Facebook
Twitter
WhatsApp
Pinterest
Linkedin
ReddIt
Email
Print
Tumblr
Telegram
Mix
VK
Digg
LINE
Viber
Naver
Previous article10 Things You Must Do Before Quitting Your Job to Start Your Company
Next article5 Tips to Avoid Being Ripped off to the tune of $120,000