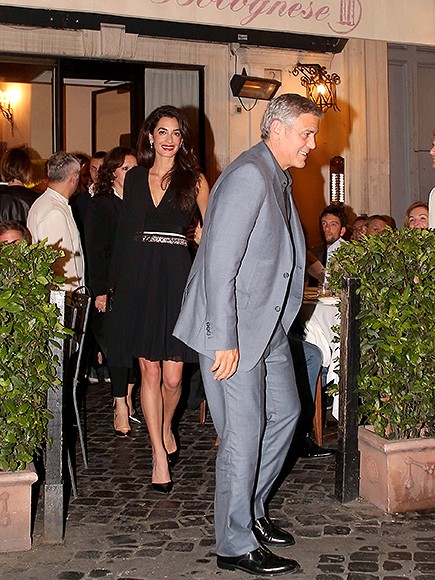 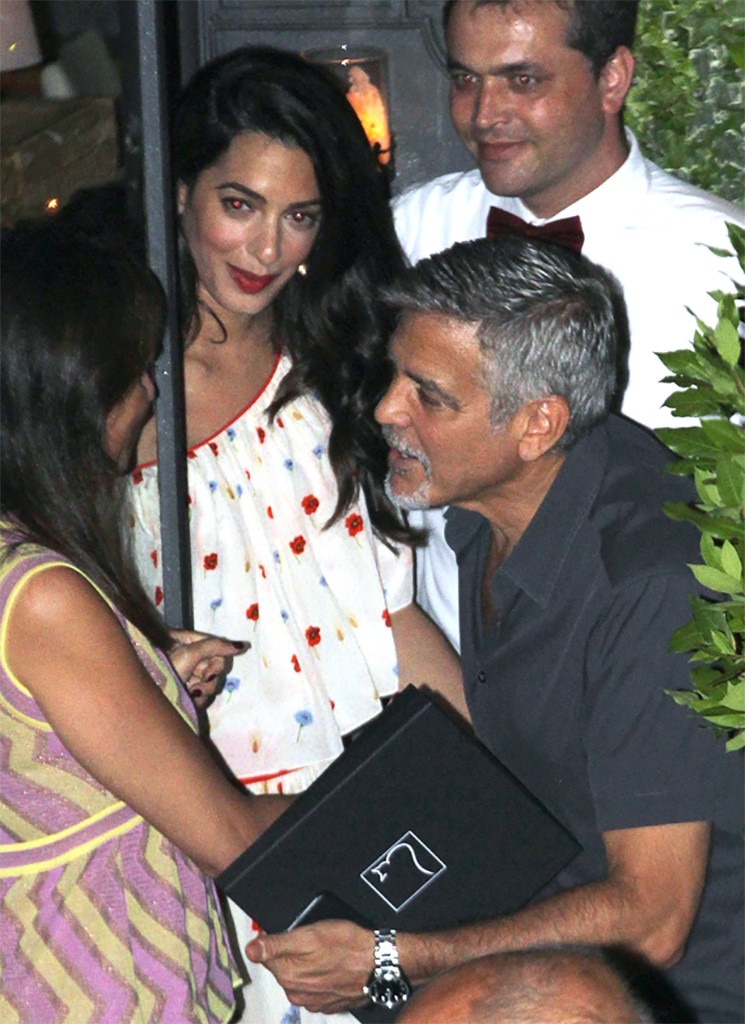 Summertime and the living’s easy…

George and Amal Clooney were spotted grabbing a bite to eat with pals at a local eatery near Lake Cuomo.

The two new parents to twins Alexander and Ella Clooney stepped out on the town at Il Gatto Nero and appeared to be in great spirits as they said their goodbyes to their friends and dinner guests.

Amal was dressed in a white off-the-shoulder sundress while her husband was wearing a dark grey shirt for the outing.

E! News previously reported that on June 6 that the human rights attorney had given birth to their twins in London.

“They’re elated. I don’t think you’ve ever seen a happier pair,” a source dished. “There’s a positive energy in the house and everyone around them, including all staff, who are in great spirits too.”

And the insider further shared that raising their little ones has come completely naturally to the first-time parents.

“You’d think that twins would be overwhelming for anyone but they seem to have taken to this like ducks to water, all in their stride,” the source added. “They’re both attentive, warm, loving parents. You could see that even in the run up to having the kids…even months ago, in the way George would fuss and fret over making sure security at the house was safe and the nursery was perfect.”