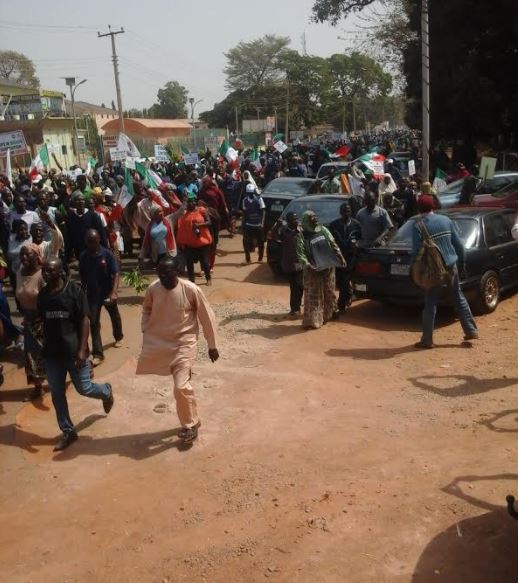 The Gombe Council of the Nigeria Labour Congress (NLC) has advised against the politicisation of the proposed N30, 000 national minimum wage.

Mr Haruna Kamara, the state NLC Chairman, said this in an interview with the News Agency of Nigeria (NAN).

The Organised labour and the federal government will meet tomorrow.

Speaking, Kamara said that the struggle for minimum wage was a struggle for the emancipation of workers and not a tool for any political stakeholder.

“People should not join the issue of the struggle for national minimum wage, the welfare of Nigeria workers and pensioners with politics.

“This has been the norm in the past as political stakeholders often accuse labour of supporting the opposition. In 2013/2014 when we had a similar situation, many accused labour of being political with minimum wage.

“Then the struggle for the welfare of workers was perceived by many as a window to bring in the opposition and today the same thing is being said of labour.

“Those mixing labour struggle with politics are beneficiaries of the present predicament of the Nigerian workers.

“Our struggle for workers is constitutionally time-bound and not a product of the decisions of labour leaders. Our struggle is for the emancipation of workers.

“Workers are the most effective tool for development and change,’’ he said.

Kamara said that the state council of NLC had gone far in mobilising members and other labour organisations for the proposed strike on Jan. 8.

He appealed to President Muhammadu Buhari to stand by workers and give them the desired support and cooperation by transmitting the N30,000 new national minimum wage bill to the National Assembly, as agreed by the tripartite committee.

He added: “President Buhari is a man of honour and integrity who had not been adequately briefed by his representatives.

“I am very sure if the President was duly briefed, we wouldn’t be in the situation we now find ourselves. So it is time for the President to be on the side of the workers.”