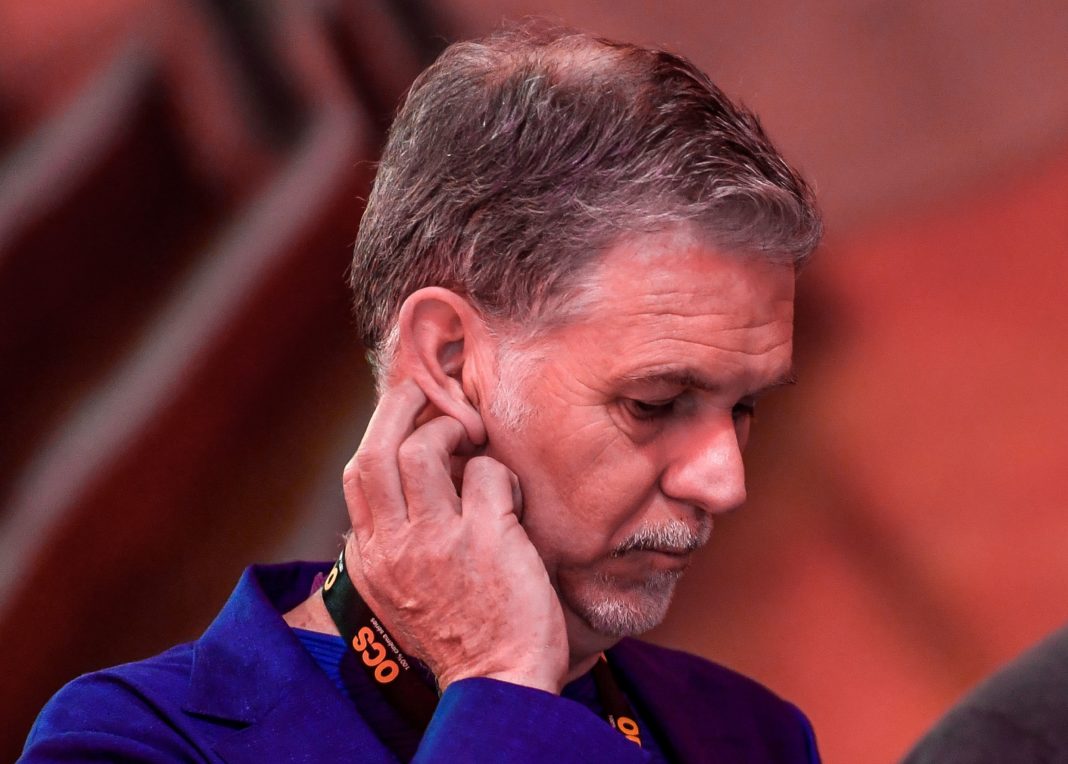 Netflix CEO Reed Hastings is pictured on May 3, 2018 in Lille, northern France during the first edition of the TV Series Mania festival.

Something strange is happening in the world of technology and media: Netflix is becoming the incumbent, and the upstart challengers are companies that have been around for nearly a century.

Disney, AT&T‘s WarnerMedia, and Comcast‘s NBCUniversal are all launching direct-to-consumer streaming services by the first quarter of 2020. And they’re all coming after Netflix.

Sure, there will be enough consumer dollars to go around for Netflix to keep its massive subscriber base, 155 million globally, growing. But there’s little doubt that part of the motivation of legacy media companies embracing subscription streaming services is to capture some of Netflix’s valuation — or bring CEO Reed Hastings’ behemoth back down to earth.

That’s why WarnerMedia announced Tuesday it is pulling “Friends” off Netflix in 2020 when it debuts its service, which will be called HBO Max. The WarnerMedia streaming service will have exclusive rights to the hit sitcom. AT&T is paying $85 million per year for the U.S. rights for five years, according to a person familiar with the matter. Netflix was paying $80 million for global rights to the show and wasn’t in a position to re-bid, given WarnerMedia’s contractual options around streaming rights for the show, the person said. The Wall Street Journal first reported how much WarnerMedia would pay for “Friends.”

Netflix has been preparing to lose “Friends,” just as it realized it may lose “The Office” to NBCUniversal’s streaming service, which will happen in 2021, and has been spending billions on new original content exclusive to the service to keep customers satisfied.

But losing both “Friends” and “The Office” is significant to the potential health of the streaming service moving forward. The two series are the two most-watched shows on all of Netflix, according to research firm Jumpshot.

WarnerMedia CEO John Stankey’s goal is to get 70 million subscribers to sign up for HBO Max. That’s double the number of U.S. subscribers for HBO. For years, Wall Street has valued Netflix on its subscriber growth rather than its profits. Legacy media companies have rued this dichotomy, frustrated that investors value old media differently from Netflix, which has grown from a start-up to a company with a $175 billion enterprise value.

But now there’s a chance for the old empire to strike back. Disney, AT&T and Comcast all have enterprise values of more than $300 billion. They all have a chance to design a product that gives consumers an easy-to-use new service that showcases the movies and TV shows they have to offer.

Disney has already given investors a taste of what Disney+ will look like at an investor day earlier this year. The service will break down Disney’s family-friendly content into brands — Pixar, Marvel, Disney, Star Wars and National Geographic — and allow users to find programming within those ecosystems.

WarnerMedia plans to showcase its service at an event in October. NBCUniversal hasn’t announced plans yet to give consumers a taste of what its product may look like.

While Netflix disrupted traditional pay-TV by offering content at a far lower price than the cable bundle — about $13 per month vs. $100 per month — the legacy media companies are now playing Netflix’s game. Disney+, which launches Nov. 12, will be just $6.99 per month. HBO Max is likely to be between $15 and $18 a month, according to people familiar with the matter. That’s nearly the same price as HBO costs already. And NBCUniversal’s streaming product will be free for pay-TV subscribers and about $10 for cord cutters, although it will be supported by ads.

Those are prices more in line with Netflix, giving consumers a possible choice about which streaming services to keep and which to discard.

Beyond price differences, traditional pay-TV has been plagued by poor user interfaces and loads of unwanted content.

In a twist of fate, navigation issues and junk-like content have actually become problems for Netflix, which has spent so much on programming that the service is flooded with options, including many shows and movies that aren’t very good or appeal to a niche audience, just like the cable bundle.

Netflix may have such a large first-mover advantage that it doesn’t matter. The company’s growth prospects are largely international anyway. But legacy media companies find themselves in a position they likely never guessed they would be in a decade ago: upstart disruptors.