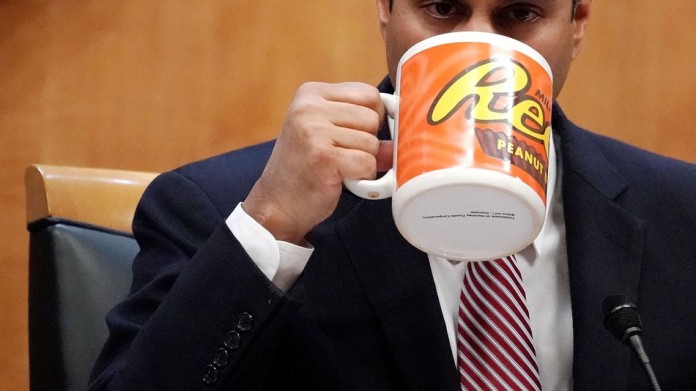 Companies now control the internet, and there’s no way to stop them.

The Federal Communications Commission voted on Thursday to eliminate its power to ensure net neutrality, effectively paving the way for internet providers to begin charging companies and consumers for faster internet access.

SEE ALSO: 4 industries you probably didn’t realize could be impacted by net neutrality

The FCC isn’t just making it so internet providers don’t have to follow the rules. The order voted on Thursday almost entirely removes the FCC from any responsibility when it comes to keeping an eye on how the internet runs. Instead, the Federal Trade Commission will be tasked with going after companies if they are deemed to have made deals that hurt consumers or competition — a move that few outside of anti-regulation advocates believe will be good for the internet.

Nothing will change immediately for consumers, but internet providers have already shown signs that they’re ready and willing to begin creating fast lanes — such as Comcast, which has already begun to change its framing on how it will handle internet traffic. That could mean Netflix has to pay Comcast so that its videos stream efficiently, a cost that would almost inevitably be passed on to subscribers. It also means that the next great internet idea might not have the money to pay for that fast lane, effectively killing it before the idea had a chance.

Chairman Ajit Pai led the charge for the proposal, ignoring public outcry and even some Republicans in Congress who advocated for the FCC to keep the rules in place.

“If our rules deter the massive infrastructure investment that we need, eventually we’ll pay the price in terms of less innovation,” Pai said.

The meeting was not without its drama. A bomb threat reportedly called into the meeting as Pai spoke forced the chairman to pause the meeting and briefly clear the room.

The vote marks a drastic reversal for net neutrality. Open internet advocates celebrated in 2015 when the FCC, then under Obama-appointee Chairman Tom Wheeler, voted to classify internet providers as “common carriers” — a legal term that allowed the regulator to keep a closer watch on internet providers in the same way utilities like electricity are regulated.

At the time, Pai, a Republican commissioner appointed by Obama, had voiced strong opposition to the move. Two years later, President Donald Trump appointed Pai as chairman. Pai then immediately signaled that he would move to reverse the 2015 vote.

On Thursday, he succeeded, and then some.

Demonstrators rally outside the Federal Communication Commission building to protest against the end of net neutralityrules December 14, 2017 in Washington, DC.
IMAGE:
GETTY IMAGES

The two Democratic commissioners issued strong dissents on the ruling, which will inevitably be challenged by lawsuits. Those lawsuits remain one of the few remaining hopes for net neutrality in the near term.

Clyburn closed her statements by reading off part of Pai’s dissent from the 2015 vote.

“As I close my eulogy of our 2015 net neutrality rules, carefully crafted rules that struck an appropriate balance in providing consumer protections and enabling opportunities and investment, I take ironic comfort in the words of then Commissioner Pai from 2015, because I believe this will ring true about this Destroying Internet Freedom Order. ‘I am optimistic, that we will look back on today’s vote as an aberration, a temporary deviation from the bipartisan path, that has served us so well. I don’t know whether this plan will be vacated by a court, reversed by Congress, or overturned by a future Commission. But I do believe that its days are numbered,'” Clyburn said. “Amen to that, Mr. Chairman. Amen to that.”