Nature genetically modified this fish the way scientists do 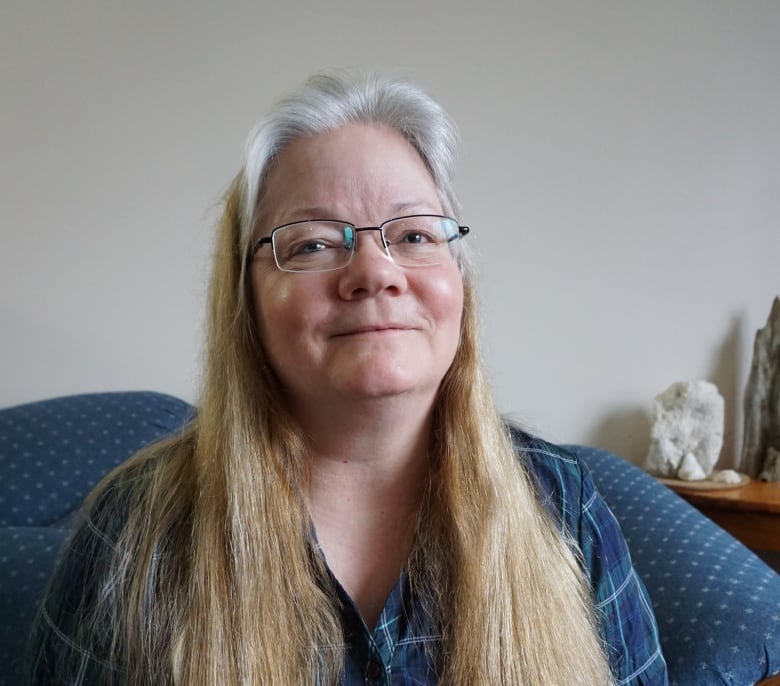 And now the Canadian scientists who first proposed that controversial idea say they have a hunch how nature might have done it.

A new study by Queen’s University researchers Laurie Graham and Peter Davies finds “conclusive” evidence for the controversial idea that the antifreeze gene that helps rainbow smelt survive icy coastal waters originally came from herring and was somehow stolen by smelt about 20 million years ago.

They propose in their new paper in Trends in Genetics that this could have happened through a process quite similar to the way genes are sometimes transferred from one species to another by scientists in the lab today.

Stealing genes from other species

Genes are normally passed on from parents to offspring. But in recent decades, scientists discovered they can also “jump” or be “stolen” from one species to another outside normal reproduction — a process called horizontal gene transfer or lateral gene transfer.

It’s something that happens frequently among microbes such as bacteria — so frequently that Canadian scientist W. Ford Doolittle suggested it might explain a big part of life’s history on Earth.

There’s been some recent evidence of it happening in some more complex organisms. For example, aphids appear to have stolen a fungus gene to make a plant pigment and marine algae seem to have colonized the land 500 million years ago with the help of a gene stolen from soil bacteria. Most recently, scientists reported last week the first known case of a gene getting transferred from a plant to an animal.

In more complex organisms such as fish and people, certain virus-like DNA sequences called “transposable elements” or “transposons” are also known to jump from species to species.

But the same hadn’t been seen for useful genes that code for things like proteins. That’s because genes in multicellular organisms can only be transmitted from generation to generation if they specifically get into reproductive cells such as eggs or sperm.

Davies is a professor and Canada Research Chair in Protein Engineering at Queen’s University. Graham is a research associate in his lab.

When the two first realized more than a decade ago that the herring and smelt must have shared their antifreeze protein via horizontal gene transfer, it was the first time anyone had suggested that a vertebrate — a complex animal with a backbone — had transferred such a gene to another vertebrate. That made it quite controversial.

“We had a really hard time finding a journal to take our first paper,” recalled Graham. “The reviewers were not exactly kind, and there was a lot of doubt.”

It didn’t help that a high-profile report of horizontal gene transfer in complex organisms at the time, from bacteria to humans, had been called into question by other scientists, who proposed other explanations for genes shared among the two types of organisms.

Clues pointing to a stolen gene

Most of them appeared to arise from a common ancestor, with a similar structure in closely related animals.

But that wasn’t the case for herring and smelt, which are so distantly related that the last time they shared an ancestor was 250 million years ago, about the time the first dinosaurs arose.

“Every other gene we’ve looked at in these two species, it tends to be quite different,” Graham said.

Meanwhile, she added, closer cousins don’t have the antifreeze protein that Atlantic herring, Pacific herring and rainbow smelt are known to share.

“We’ve got other fish that are more closely related to these species that make completely different kinds of antifreeze protein. So this doesn’t really make sense on an evolutionary basis if everybody’s inheriting their antifreeze protein from their ancestors.”

Skeptics weren’t convinced, so the researchers looked for more evidence. Closely related fish such as different types of smelt tend to have the same genes in the same order. And the researcher found that was the case — except for the antifreeze gene, which was found between two genes that are normally next to each other in other smelt.

“That’s what you would expect when you have a gene that’s just sort of been pasted into a genome through horizontal gene transfer.”

Then, recently, the researchers heard that the genome of Atlantic herring was published in a public database.

They decided to take a closer look.

The researchers say it’s conclusive evidence that the antifreeze gene moved between the two fish via horizontal gene transfer and that it went from herring to smelt and not vice versa.

How did the gene jump species?

When the researchers’ previous papers went through peer review, one of the questions reviewers had was how the gene might have moved between species, so they sought to come up with a hypothesis.

One possibility, they thought, was it might be similar to techniques used in the lab to create genetically modified animals. One called “sperm-mediated gene transfer” involves mixing sperm with the DNA you want to introduce, then using it to fertilize an egg.

“And we thought, ‘Well, couldn’t this also happen in nature?” Graham recalled.

Fish and many other marine animals have external fertilization, where eggs and sperm — known as milt — are released into the water at the same time in massive quantities during spawning, and some of them combine to produce offspring.

Graham noted that when herring spawn on Canada’s Atlantic and Pacific coasts, “you can actually see the ocean is sort of stained white from all of the milt that the male herring are releasing.”

The sperm breaks apart after a few hours, releasing DNA into the water. And the researchers proposed that during one of these events, herring DNA may have found its way into rainbow smelt eggs or sperm.

Graham acknowledges there’s no way to prove that — “not unless we had a time machine.”

But if that is the way the genes were transferred, it has probably happened with other fish genes also, Davies suggested, and scientists should start looking for other examples.

The other implication is that genetically modified organisms, which have been characterized by activists as “Frankenfoods”, might not be so unnatural.

“One of the take-home lessons here is that this genetic modification is actually happening in nature,” Davies said. “Not very often — it’s probably quite rare — but maybe we shouldn’t be so alarmed at this. It’s actually more of a natural event than we previously thought.”

What other scientists think

Garth Fletcher, professor emeritus and head of the ocean sciences department at Memorial University, is the co-inventor of Aquabounty’s genetically modified salmon (but not through sperm-mediated gene transfer) and has previously collaborated with Davies comparing antifreeze proteins in fish. He wasn’t involved in the new study.

Fletcher doesn’t think the research will reassure those opposed to GMOs.

He says it’s significant that the researchers have gotten to the point where they feel their evidence for horizontal gene transfer in this controversial case is so strong. He credited new molecular genetic techniques with making it possible.

“Twenty years ago, you couldn’t have done this stuff.”

Luis Boto, head scientist in the evolutionary biology department at the National Museum of Natural Sciences in Madrid, has been tracking the evidence for horizontal gene transfer in complex organisms, and said the new genetic tools will allow scientists to explore how common this is.

“This paper opens the door to an important research field in that sequencing of new fish genomes will provide us with interesting findings,” he added in an email, “and will allow us to understand more about the possible importance of horizontal gene transfer in the evolution of animals.”

He said evidence for horizontal gene transfer in vertebrates remains rare, but the new paper offers “important support” for the case of it happening between herring and smelt.

Gane Ka-Shu Wong, a University of Alberta biology professor, is also convinced by the study and thinks the proposed way the gene moved from herring to smelt is plausible.

Wong published a study a couple of years ago showing plants, which used to be confined to the oceans, stole a gene from soil bacteria to gain the ability to colonize land.

While such horizontal gene transfer events seem rare in complex organisms, if they help the organism survive, they could make a big difference, he said.

“My guess is that a lot of a lot of important evolutionary events may have been driven by some sort of horizontal gene transfer.”

Share
Facebook
Twitter
WhatsApp
Pinterest
Linkedin
ReddIt
Email
Print
Tumblr
Telegram
Mix
VK
Digg
LINE
Viber
Naver
Previous articleShortage of N.B. health-care providers forces student to pay out of pocket to see gynecologist
Next articleTeachers warn that some students have ‘checked out’ of school, and it will be hard to get them back