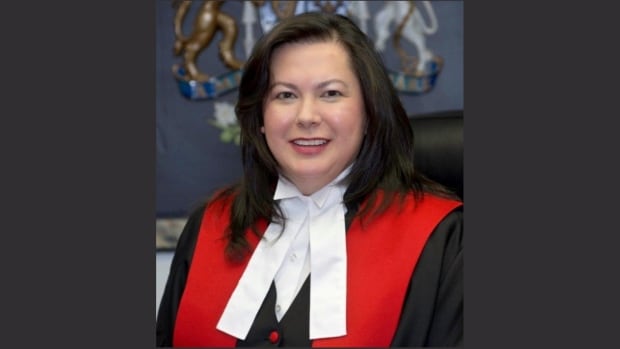 Smallwood was the first Dene (K’ashógot’įne) person to be named to the N.W.T. Supreme Court when she was appointed in 2011, and is now the first Indigenous person to serve as the court’s chief justice.

Smallwood is from Fort Good Hope, N.W.T., and went to law school at the University of Calgary before returning to the North to practise law. She was called to the bar of the N.W.T. in 2000.

“Chief Justice Smallwood brings over two decades of legal experience … to her new role,” said Prime Minister Justin Trudeau in a statement Friday. “I know she will continue to serve northerners with dedication and wish her every success.”

Chief justices in Canada are leaders of their courts, and serve as members of the Canadian Judicial Council. The Governor General appoints them on the advice of cabinet and the prime minister’s recommendation.

Before being appointed judge of the N.W.T. Supreme Court, Smallwood was a senior counsel and team leader with the Public Prosecution Service of Canada in Yellowknife.

As a Supreme Court justice, Smallwood has recently presided over several high-profile cases, including the separate murder trials of Levi Cayen and Chad Tyler Beck.