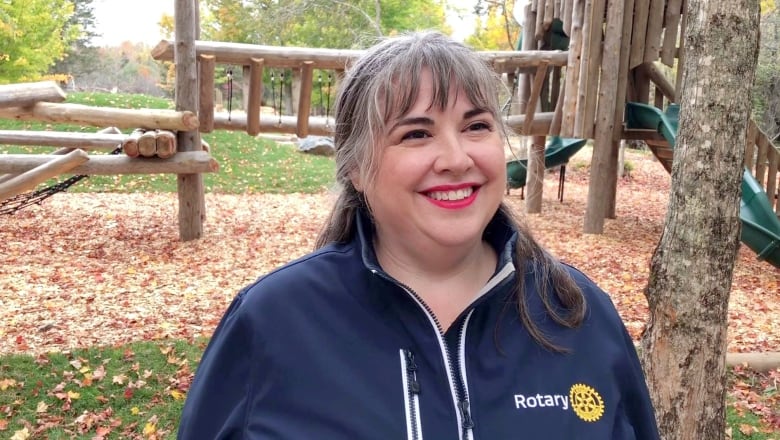 A new report looking at how best to support people affected by mass shootings has been released by the inquiry into the 2020 Nova Scotia massacre, coming at a time when many victims’ families say they are losing faith in the entire process.

The Mass Casualty Commission released five expert reports on Friday connected to some inquiry themes, including one called “Supporting Survivors and Communities after Mass Shootings,” by Jaclyn Schildkraut of State University of New York at Oswego.

The report notes that while everyone affected has different needs in how they’re supported, and might not be ready to deal with the effects of a shooting until years later, strategies like support groups, resiliency centres and memorial projects have been shown to help when combined with formal support like therapy.

Alana Hirtle of the Rotary Club of Truro said even though she knows there is ongoing grief support for victims’ families and anyone in the community through services like the Colchester East Hants Hospice Society, having more group or peer support could only help.

“In our society, we don’t deal well with grief … we’re supposed to have a stiff upper lip and get through it, and it’s so much more involved and more complicated than that.”

Since 2017, the report’s author Schildkraut has conducted interviews with survivors and community members from different areas that experienced mass shootings in the United States.

The report said that losing someone to homicide “has been described as one of the most severe traumatic experiences that a person can have, due in part to how rare it is.” Given the violent and random nature of mass shootings, the report said it’s reasonable to conclude that the occurrence of a mass casualty event can “exacerbate these challenges” for those affected.

Most families of the 22 victims killed in the N.S. shooting have instructed their lawyers to boycott public hearings for the inquiry this week, and last week, after the commission granted accommodations that limit how some key RCMP officers will testify.

There was also a protest last Thursday, when one victim’s daughter said it felt like the commission is not really thinking of the trauma of others involved — just the officers.

The report said one of the most prominent support groups is The Rebels Project, an organization founded by survivors of Columbine after another mass shooting at a movie theatre in nearby Aurora, Colo., 13 years later. The group has grown to approximately 1,400 members representing more than 100 communities impacted by mass casualty events, including from Canada.

TRP exists primarily online and helps to cultivate a sense of community, no matter where people physically might be, the report said. It allows people to share the lessons that they’ve learned along their “trauma recovery journey.”

But the report said this type of community cannot completely replace in-person connections, which is why TRP hosts annual in-person survivor gatherings, and other events throughout the year.

The report said support providers could help bring together those most affected through speaking engagements, open community events, one-on-one sessions, or setting up a grant program so survivors could attend gatherings.

Resiliency centres are a form of support that can benefit the whole community, the report said. Centres have sprung up in many American cities and towns following mass shootings, including Aurora in 2013, Orlando, Fla. (2016), Las Vegas, Nev. (2017), Parkland, Fla. (2018), and El Paso, Texas (2019).

They focus on promoting wellness among all impacted individuals, the report said, from the most affected to the broader community, without the “clinicalized aspects” of more traditional forms of counselling.

Instead, resiliency centres offer a range of services such as support groups, activities, healing therapies like yoga, massage, meditation and trauma education.

“In many ways, the centers pride themselves on having something for everyone,” the report said.

It’s especially important to have the organization meet affected people where they are, the report said.

Hirtle said she sees the future Portapique community hall and new playground project as filling some of those needs in the area where the mass shooting began, since they plan to have yoga and cooking classes in the new building. A farmers’ market will also start up on the site this weekend, Hirtle said, and they plan to break ground soon on construction.

“For the people who live there now, it’s very important to be able to have a positive sense of the future moving forward, and especially for their children,” Hirtle said.

Another site at MacElmons Pond Provincial Park just east of Portapique with a vacant building has also been floated as a place for a healing centre, by social worker Serena Lewis and Dr. Karen Ewing who both say more is needed to help people heal.

Wherever such a place is established, whether it’s around the new Portapique hall or somewhere more central in Truro, Hirtle said there’s huge value in allowing the community to come together and “feel safe and understood and having some opportunities to share.”

Christine Blair, mayor of Colchester County, has also been advocating for more grief and trauma support for her residents since the mass shooting in 2020.

“It’s not too late to address it. I have to say once again that the people who are in the field and have been in the field have done the best that they can do,” Blair told CBC in an interview last month.

“But … how many people are out there that we don’t even know about, and they probably don’t recognize themselves, that they have experienced trauma? And they don’t know where to turn, so we need to have education.”

Giving survivors and victims’ families roles in planning and creating a permanent memorial can also allow for coping methods by giving them a creative outlet and a way to ensure that their loved one’s memory is honoured, the report said.

Funds for a memorial to the victims of Nova Scotia’s mass shooting were being shifted to a government trust with the Municipality of Colchester County as of January.

Blair has said she is consulting with the mayors of Halifax and Cumberland County and the warden of East Hants — all regions where killings occurred — to decide on a location and design of a permanent memorial project.

She said the project will unfold slowly and in consultation with victims’ families.

The report also addressed issues with delays in police identifying victims to their loved ones, which is also an issue raised by the lawyers for victims’ families in the Nova Scotia inquiry. One lawyer said last week that an 18-hour delay in finding five bodies of those killed in Portapique is a sign of “deficient” policing.

“To avoid exacerbating grief and trauma,” the report said it is important that all potential survivors be provided with regular updates, even if it is to let them know that there is no new information. The author said providing families with a time to expect another update is also helpful.

The inquiry resumes in Truro on Monday, when one of the RCMP officers in command during the Nova Scotia mass shooting will testify virtually in a pre-recorded hearing that will be released later in the week. The second officer will follow on Tuesday with the same process, which is closed to the public.