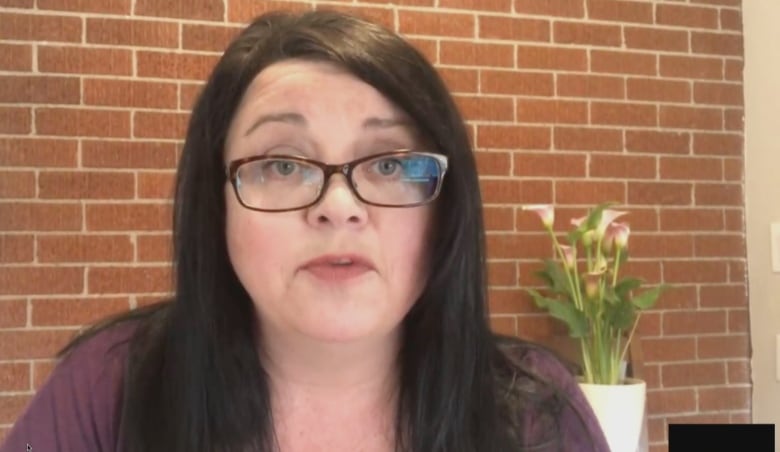 A judge has ruled that Newfoundland and Labrador’s controversial COVID-19 travel restrictions on non-residents will remain intact.

In a ruling released Thursday, Justice Donald Burrage wrote that the travel ban does indeed violate Section 6 of the Canadian Charter of Rights and Freedoms, which allows Canadians to move freely throughout the country.

However, Burrage said the ban is protected by Section 1, which allows for reasonable exemptions to the charter.

Lawyers acting for the Canadian Civil Liberties Association and Halifax resident Kim Taylor filed the court challenge in May, after Taylor was denied a travel exemption to attend her mother’s funeral in Newfoundland and Labrador.

“While restrictions on personal travel may cause mental anguish to some, and certainly did in the case of Ms. Taylor, the collective benefit to the population as a whole must prevail,” Burrage wrote in his decision.

“COVID-19 is a virulent and potentially fatal disease. In the circumstances of the case, Ms. Taylor’s right to mobility must give way to the common good.”

The day before Taylor applied to come home to St. John’s, Newfoundland and Labrador’s Chief Medical Officer of Health Dr. Janice Fitzgerald issued a special order prohibiting anyone who lived outside the province from entering without an exemption issued by public health officials.

While restrictions on personal travel may cause mental anguish to some, and certainly did in the case of Ms. Taylor, the collective benefit to the population as a whole must prevail.– Justice Donald Burrage

Taylor was denied, then appealed the decision and was granted entry to the province eight days after her initial application.

She launched legal action against the province, and the Canadian Civil Liberties Association (CCLA) sought to join her case as a third party.

Rosellen Sullivan, lawyer for the CCLA, argued the travel restrictions infringed Canadians’ rights to travel freely throughout the country.

Lawyers also argued it was not within the province’s jurisdiction to impose laws restricting movement across Canada.

After scanning applicable legislation and court decisions, Burrage ruled that there is no precedent that states the federal government has jurisdiction over provincial governments on public health matters.

Federal and provincial rules “can live together and operate concurrently, at least with regard to the regulation of domestic travel” during a public health crisis, he said.

Burrage did side with Taylor’s lawyer and the CCLA on the violation of Section 6.

“It is not an answer for this province to say to Ms. Taylor, “You still have the right to remain in Canada, just not this part of Canada,'” he wrote. “If Newfoundland and Labrador is entitled to close its border to Ms. Taylor without attracting charter scrutiny, might other provinces and territories not do the same?”

However, in weighing all the factors involved, Burrage ruled the violation of her rights was “fleeting” and that it was outweighed by the public health crisis and Section 1 of the charter.

The hearing began in August and included testimony from Dr. Proton Rahman, a researcher leading a team analyzing provincial contagion models, who was called by the province’s lawyers to explain the modelling around the pandemic at the time.

Rahman, a clinical epidemiologist and professor of medicine at Memorial University, testified the province’s COVID-19 rate could be 20 times higher without a travel ban.

Newfoundland and Labrador has had few active cases of COVID-19 since May, after an initial surge of cases in March and April that included three deaths.

The court also heard from Fitzgerald who issued the travel ban under the Public Health Protection and Promotion Act’s subsection for public health emergencies.

She testified she didn’t ask for precise models before ordering the travel restriction, because the group doing the work was too new at the time, and the modelling needed for a travel ban hadn’t yet been developed.

Fitzgerald’s team did consult with epidemiologists and health-care advocacy groups and analyzed the general trajectory of the contagion.

Later in the 130-page decision, Burrage took issue with “less drastic” measures, such as testing travellers at entry points or relying solely on contact tracing.

“Based on the foregoing evidence I am satisfied that an enemy as resilient as COVID-19 will not be kept in check through the approach advocated by the applicants,” he wrote. “The task of wrestling this disease into submission is no easy feat and is one that requires a dynamic and multi-pronged approach. The travel restriction is integral to that approach.”

Michael Bryant, executive director of the CCLA, issued a news release on Thursday expressing mixed emotions about the decision.

“Not a great day, but it’s a good day for those who take our rights seriously in Canada,” Bryant said.

“While we didn’t win every point today, we will analyze the judgment before making a decision about whether to appeal it.”

How long will travel ban last?

The travel restrictions remain in place today, though the rules have been relaxed to allow anyone inside Atlantic Canada to travel to the province without needing to self-isolate.

Fitzgerald was asked on Thursday how long the restrictions will last.

“We haven’t had any discussions with regard to a timeline,” she said. “At the moment, the travel restrictions will remain in place. As I’ve said many times before, we’re constantly looking at the epidemiology here and elsewhere — in this case, particularly elsewhere, and that determines our decision on that.”

To date, 20,245 people have received travel exemptions allowing them to come to Newfoundland and Labrador, while 3,370 people have been denied.

Share
Facebook
Twitter
WhatsApp
Pinterest
Linkedin
ReddIt
Email
Print
Tumblr
Telegram
Mix
VK
Digg
LINE
Viber
Naver
Previous articleMultiple provinces are seeing a surge in COVID-19 cases. What needs to be done now?
Next articlePST in Alberta has long been taboo. Is Jason Kenney the one to finally sell it?