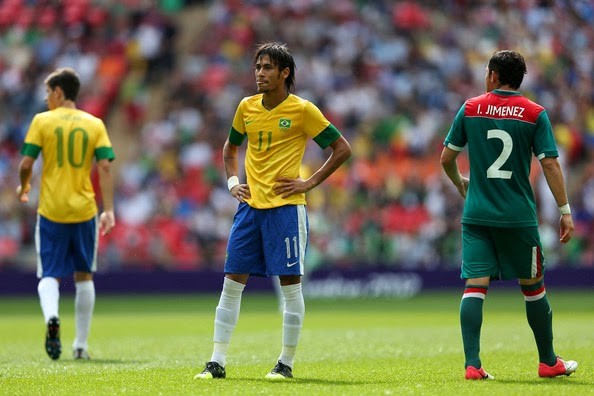 Mane Garrincha, the Brazilian football genius renowned for leaving defenders in confusion, is now baffling his many fans from beyond the grave with the ultimate mystery: where are his bones?

The question, three decades after he was buried in 1983 at the age of 49, was revealed in Brazilian media Wednesday.

Turns out that while the graveyard in Mage, north of Rio de Janeiro, is known, the location of the 1958 and 1962 World Cup winner’s remains is not.

Globo newspaper reported that there are two tombs marked with his name, about 200 meters apart. However, he may or may not be in either one.

“From what people have found out, it’s not certain that he’s buried. We have information that the body was exhumed and taken to a wall vault, but there is no documentation to prove this,” Globo quoted cemetery administrator Priscila Liberio as saying.

Rosangela Santos, one of Garrincha’s daughters, told UOL news site that the supposed exhumation took place some years ago without the family’s permission.

“We have no document. We don’t know what happened to him,” Santos said. “It’s indecent to think that someone did this and did not inform anyone.”

The bizarre mystery only came to light, Brazilian reports said, because the local mayor, Rafael Tubarao, had been preparing an event to mark Garrincha’s birthday this October when he would have been 84.

Garrincha was one of Brazil’s most unusual and loved players, a rival with Pele for the title of the country’s greatest of all time.

Born with disfigured legs, his career as an athlete looked improbable, yet he turned into an unpredictable and supremely mobile dribbler, credited during the 1962 World Cup in Chile with masterminding the Brazilian team’s victory.

His personal life, including serial marital problems and multiple children born out of wedlock, veered from colourful to tragic as health problems and a liking for alcohol took over, dooming him to an early death.

He was born Manuel Francisco dos Santos but known to all by his childhood nickname Garrincha, which is Portuguese for “Wren.”