My foreign trip not about Buhari – Ortom 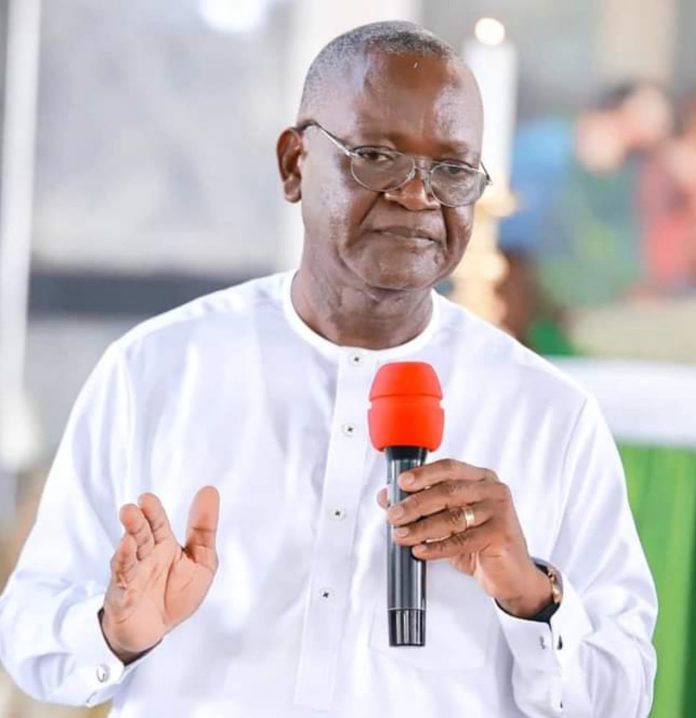 Benue State Governor, Samuel Ortom has said that his trip to the United Kingdom and the United States of America was to correct the misrepresentation of facts on the terrorist activities going on in his state and the country.

He dismissed insinuations that his trip was to report President Muhammadu Buhari to the international community.

He stated this on Thursday, July 21st, 2022, when he featured on Arise Television programme, “The Morning Show.”

According to him, “I am only stating the obvious in the country. The situation in Benue State and the country is not hidden. I am learned enough to know that Nigeria is a sovereign country and I know that I cannot go and report it to the UK, US, or other bodies.”

The Governor disclosed that, “Today if Nigeria disintegrates and slides into crisis, it will affect the world. The humanitarian crisis will be huge. It is not about partisanship. I am only concerned about the country. Several of the Fulani’s have stated on several occasions that Nigeria belongs to them and are unleashing violence on the people.”

He said the terrorist attacks on Benue have led to the displacement of over 1.5 million people he has been grappling with, stressing that he is speaking for the people who elected him so he needs the support of the international community to tackle the challenges.

On the situation in the Peoples Democratic Party (PDP) following the selection of Governor Ifeanyi Okowa as running mate to Atiku Abubakar over Rivers State Governor, Nyesom Wike, the Governor noted that the leadership of the party and the presidential candidate were still expected to reach out to Wike for a compromise.

He noted that Governor Wike was key to the survival of the party when others left to join other political parties and must not be treated as if he does not matter, pointing out that “The way to go is for the presidential candidate of the PDP to reach out to Wike.”

He said, “Wike was instrumental to the sustenance of the PDP. He was the anchor man. He was also instrumental in my return to the PDP the moment I decided to leave the APC when it started dancing in the wrong direction.”

Asked if those in Governor Wike’s camp are planning to leave the PDP, Ortom retorted, “Wike and I remain committed to the victory of the PDP at all levels. Once Wike was pacified, we can all work together for the victory of the party.

The governor explained that Nigeria was being held hostage by a cabal that do not mean well for Nigeria. “We need to work together across party divide for us to bring the country back on track from the hands of those who have brought it to this state. Nigeria was a giant of Africa. It has been brought to a shameful level.”