Wowplus
Home Fashion Must Read: How Bravado Turns Bands into Brands, Inside Look at Off-White’s... 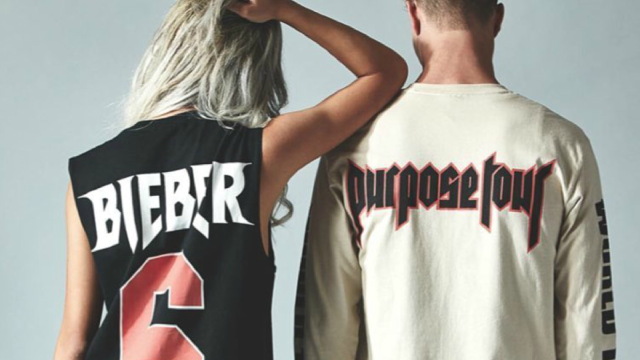 How Bravado turns bands into brands
We no longer have stacks of store-bought CDs; instead, we have Spotify playlists. Therefore, modern artists have had to come up with new ways to visually tell their stories, whether that be through Instagram, concerts, merchandise or a winning combo of all three. Enter: Bravado — a merchandise company started in 1997 and later acquired by Universal Music Group — that has cashed in on creating innovative products carefully tailored to their artists. They’ve also made the game-changing move to sell concert apparel outside of the stadium; they’ve orchestrated pop-up shops for Kanye West’s “The Life of Pablo” project and they’ve brought Justin Bieber‘s “Purpose” tour pieces by Jerry Lorenzo into fashion boutiques like Barneys. {Highsnobiety}

An inside look at Off-White’s first NYC storeVirgil Abloh has taken Off-White into the heart of Soho with a new retail space dubbed, “EM PTY GALLERY.” This concept store doubles as an ongoing art exhibition that will host works by up and coming artists — so you can leave with a renewed outlook on life and a fresh hypebeast ensemble. See Abloh’s industrial belt straps among fallen leaves and trees here. {Hypebeast}

The owner of Vans is buying the maker of Dickie’s for $820 million
The owner of Vans, VF Corp, announced it would buy privately held Williamson-Dickie Mfg. Co, the owner of Dickies and Workrite Workwear, for a very large wad of cash — $820 million to be exact. The advantageous purchase is set to add $200 million in revenue to VF, which will bring their overall revenue from 2017 to $11.85 billion. {Business Insider}

Raf Simons is selling $200 duct tapeRaf Simons‘s first Calvin Klein runway show back in February opted for a DIY approach to cinched waists with the use of graphic duct tape instead of standard, adjustable belts. And now, he’s selling the duct tape for $200. His designer duct tape is a bit more upscale, as it will be sold in black or white and will have the slogans “RSYP YOUTH PROJECT” and “WALK WITH ME” written in bold red — try finding that in the tape aisle at Staples. {Highsnobiety}

Umbro taps first female ambassador
British football (soccer) supplier Umbro has chosen U.S. national women’s soccer player Ashlyn Harris as its first major female ambassador. In this role, Harris will sport Umbro soccer gear during her U.S. National Women’s Team games and will work with Umbro on future product collaborations. “The brand is the original,” said Harris in the press statement. “They understand the way the culture of football and the product they create inspires passion, commitment and courage on-and-off the field.” {WWD}

Your “made in China” clothes might actually be made in North Korea
Reuters reported that it is becoming more common for international fashion brands to have their orders filled by low-wage North Korean factories instead of their intended Chinese textile firms. This action is concealed by “Made in China” tags that are sewn into the clothes once they have been sent back to Chinese ports from North Korea. This mis-identification of clothes and lack of transparency among international supply chains is a concern for both fashion brands and Western shoppers, because they are unknowingly putting money into North Korea’s state-owned factories, which help support the North Korean regime. {Quartz}

Zac Efron and his cute brother star in new Columbia Sportswear series
Did you know Zac Efron had a very cute, rugged, curly haired, outdoorsy younger brother? Thankfully, Dylan Efron is getting his moment in the spotlight alongside Zac in a new “content series” for Columbia Sportswear in which they “apply for jobs” as gear testers for the Portland-based company, interviewing with its 93-year-old Chairman Gert Boyle. We’re told there’s more to come out of their journey so we’re excited to see where this goes. {YouTube}

Under Armour CEO resigns from Trump’s manufacturing council in the wake of his poor Charlottesville responseTrump’s failure to condemn white supremacy after violent clashes with counter-protestors turned deadly in Charlottesville, Virginia, Saturday prompted numerous CEOs to drop out of his manufacturing council. The head of the pharmaceutical giant Merck & Co., Kenneth Frazier, was the first to publicly resign Monday. He was followed by the CEO of athletic equipment maker Under Armour, Kevin Plank, who announced in a tweet Monday night that he was stepping down as well “to focus on inspiring and uniting through the power of sport.” {CNN}