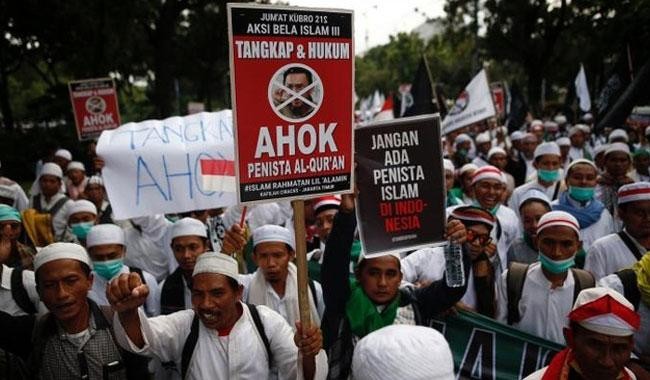 Indonesia’s Islamic authority has issued a fatwa against fake news over concerns about how religious and ethnic tensions are fueled by hoaxes, its chairman said on Tuesday.

The Indonesian Council of Ulema, a semi-official body, declared that producing and spreading fake news are forbidden in Islam, chairman Ma’ruf Amin said.

“There’s a growing anxiety that fake news has created divisions and hostilities in society,’’ Amin said.

“We hope that this fatwa can curb negative content,’’ he said.

Indonesians are among the biggest users of Facebook and Twitter, and politicians are increasingly using social networks to reach voters.

Popular Twitter users who are paid to tweet, known locally as “buzzers,’’ to promote politicians must not post contents that are divisive, slanderous and false, Amin said.

Online bullying and hate speech are also haram, or forbidden, the cleric said.

Former Jakarta governor, Basuki Tjahaja Purnama, who is Christian of Chinese descent, was jailed for two years last month for blasphemy in a case that stemmed from a video posted online.

In the video that went viral, Purnama made comments about a passage in the Koran that many conservative Muslims deemed insulting, sparking a series of massive protests demanding his prosecution in 2016.

The case has fueled resentment against minority ethnic Chinese. (dpa/NAN)